A tweet promoting Kourtney Kardashian's new vaginal product, Poosh, caused an internet sensation last week when the word vagina was very specifically not used, and instead called a "hoo ha".  Hoo ha it seems, is an acceptable term for female anatomy when it comes to Twitter.

This week the world discovered that "vagina" however is not an acceptable word, when Kensington Publishers attempted to advertise The New York Times contributor and gynaecologist Dr Jen Gunter's new book, The Vagina Bible. 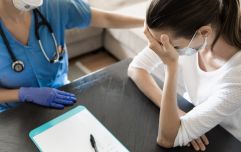 END_OF_DOCUMENT_TOKEN_TO_BE_REPLACED

Dr Gunter is possibly best known for her now-regular debunking of the various articles and products promoted by  Gwenyth Paltrow's wellness company Goop. Dr Gunter is a fierce critic of Goop and has in the past called it a "scare factory".

Exposing the misogyny behind many "intimate hygiene" products and delivering evidence based gynaecological health information has caused Dr Gunter to amass a legion of fans online, many of whom are equally outraged at Twitter's censoring the word vagina.

Tweets with the word vagina in them were removed by Twitter, with Kensington Publishers being told that their tweets contained "inappropriate content". Strangely, the publishers were allowed to promote photos of the book, which of course contained the word vagina.

Vagina is an anatomical and not a 'dirty' word. 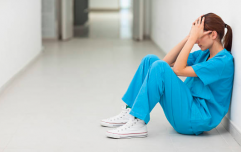 END_OF_DOCUMENT_TOKEN_TO_BE_REPLACED

Twitter responded, telling Adweek, that the removal of the ads was down to "human error and violations, including the use of profanity and adult products".

However Dr Gunter says that vagina was the word that caused the ad to be be rejected. "The word vagina is not a profanity," she said on Twitter. 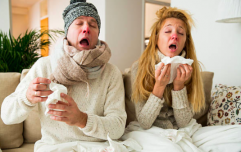 END_OF_DOCUMENT_TOKEN_TO_BE_REPLACED

Dr Gunter went on to say that she insisted on vagina being in the title for the very reason that society still struggles with saying it.

"When we're not allowed to say a word the implication is it's dirty of shameful. Not being able to buy an ad because of the word vagina for a book about vaginas is ridiculous."

Kensington Books reiterated their support of using the word vagina, "We believe in supporting the vagenda of normalising an anatomical body part. We are going to continue calling it what it is: a vagina."

If a vagina is "inappropriate content" then about half the world's population contains "inappropriate content", including approximately a third of all Twitter users.  Earlier this year Dorsey admitted that Twitter has created a "pretty terrible situation" for women, by making it easy for men to harass and abuse women on the platform.

A step in the right direction would be if Twitter didn't censor the very normal, medical and anatomical language used to describe our bodies.