What would you do?

If someone experiences a heart attack, the most important thing to do is immediately contact emergency services.

However, according to new research conducted by Opinion Matters, a frightening percentage of people don't know what to do in this situation.

END_OF_DOCUMENT_TOKEN_TO_BE_REPLACED

Of the 2,004 people surveyed, both in Ireland and in the UK, 35% said they didn't know what to do if someone had a heart attack.

Another statistic worth noting is that 4.2% of people said that they would pat the person's back, which is not something that should ever be done in this circumstance.

In addition to these figures, the survey found that cardiovascular disease is the number one killer of women.

According to the Women's Heart Foundation, 8.6 million women worldwide die from heart disease each year and this accounts for a third of all women. 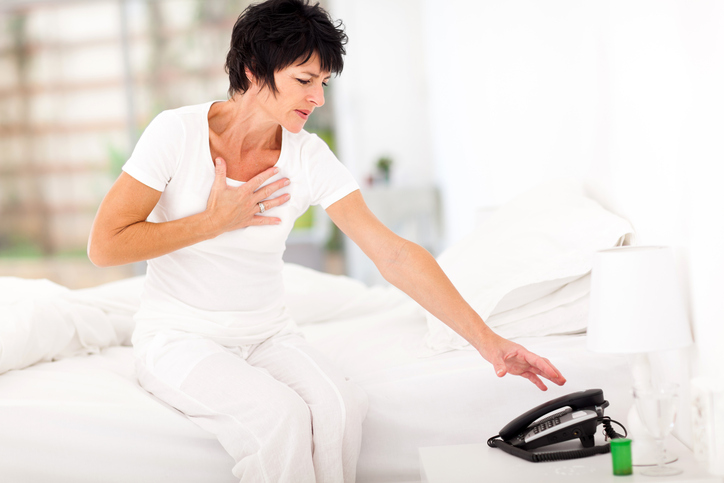 END_OF_DOCUMENT_TOKEN_TO_BE_REPLACED

Another surprising fact was information from the Centre for Disease Control and Prevention which says that almost two-thirds, (64%), of women who die suddenly of coronary heart disease, have no previous symptoms.

The research was commissioned by food services company Aramark with the results encouraging the company to produce more wholegrain foods to include higher fibre content, and healthier fats such as omega 3 fish oils, seeds and nuts.

Speaking about the findings, the company dietician Elbha Purcell said:

"To make our meals more healthy-heart friendly, we have incorporated the following foods into our menus - porridge, high fibre breakfast cereals, sweet potato, quinoa, wholegrain breads, brown rice and pasta, beans and pulses to name but a few, to increase our wholegrain offer to customers".

"These foods as well as being a fantastic source of slow release energy are also a great source of fibre, which is well documented in helping to lower the risk of heart disease, diabetes and colorectal cancer".

popular
Actor and Wife To Divorce After 23 Years of Marriage
People are being warned not to dress as Jeffrey Dahmer for Halloween
Anna Delvey is set to be released from prison
Why Are Men so Obsessed With Boobs? The Answer is Pretty Surprising...
Primark reintroduces female-only fitting rooms after two men walk in on woman
Davide Sanclimenti opens up on having kids with Ekin-Su Cülcüloğlu as he turns down Dancing On Ice
So apparently George and Mollie from Love Island aren't actually step siblings
You may also like
2 weeks ago
5 small things you can do to feel calmer and more in control every day
3 weeks ago
Skin positivity: Dealing with so-called 'bad' skin - inside and out
3 weeks ago
5 easy Sunday rituals I swear are making my life easier all through the week
1 month ago
Sky Sports' Jo Wilson shares stage 3 cervical cancer diagnosis
1 month ago
Drinking tea regularly may be linked to lower mortality risk, study finds
1 month ago
70% of people don't fully understand HPV, research shows
Next Page