10 Things... That Tell You You're Dating An Irish Man

We may give out about them but at the end of the day, we know there's nothing better than having a sound Irish lad on your arm.

Their international rivals may have better style and less of an attachment to their mother but who else could make you weak at the knees with a snack box, a cheeky grin and a mumbled 'Ah sure you're alright, like'.

Here are our top ten signs that tell you're dating an Irish man.

END_OF_DOCUMENT_TOKEN_TO_BE_REPLACED

1) When he asks you to 'meet the family', he means a 15-strong panel of club hurlers

In other countries, meeting the siblings might be a major milestone but an Irish lad is ready to take things seriously when he introduces you to his real family... the rest of the GAA team. When you think about it, he probably spends more time with them anyway... 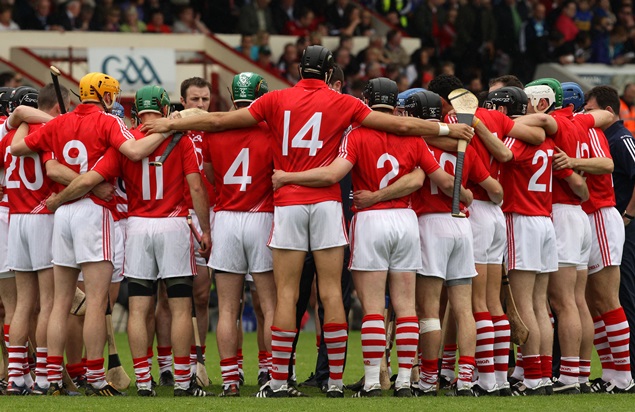 END_OF_DOCUMENT_TOKEN_TO_BE_REPLACED

If you're dating an Irish man, you'll very quickly have to make peace with the fact that your weekends are not your own. Forget spontaneous romantic breaks in Paris, any summer getaways will have to be carefully planned to make sure they don't clash with the U-21 final, heading to the bog or Paudie's 21st.

3) If he's cooking you dinner, you have a sneaky sandwich beforehand

END_OF_DOCUMENT_TOKEN_TO_BE_REPLACED

Admittedly, there are some notable exceptions here and our men are definitely catching up when it comes to their skills in the kitchen (Jamie Oliver, we are indebted to you!). However, the Irish Mammy's dedication to making sure that the apple of her eye is well fed well into his 30s means that the likelihood of him presenting you with a perfectly balanced crab risotto is slim to none. It's the thought that counts though, right? 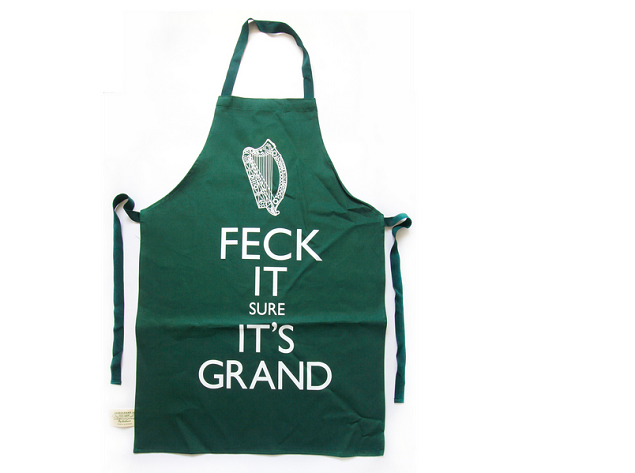 You may have memorised every tea order in your office by heart but most Irish men don't trouble themselves with these little details so don't take it personally if he gives you a 'milk and two sugars' even though you're lactose intolerant. In no other country would they understand that if he goes to the effort of measuring just the right amount of sugar, that's practically an engagement.

Irish men aren't known for their PDA or gushing professions of love, which is just as well since we're not that great at receiving them.

Consuming large quantities of alcohol changes this completely, of course. 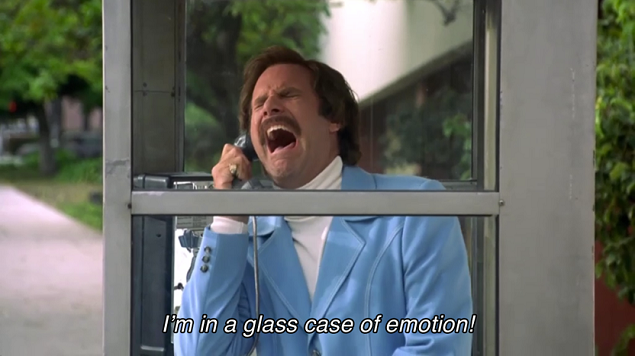 6) You don't worry about competing with other women... other then his Mammy

Some girls worry about a wandering eye but an Irish girl has much stiffer competition for her man's affections than some randomer in a pub. The Irish Mammy holds a vice-like grip on the heart of her son and woe betide the woman who tries to usurp her throne.

If you've any sense, you'll turn up with some flowers, a nice packet of custard creams and make her your new bestie. She can also be useful for blackmail purposes... "If you don't go to the doctor, I'm going to ring your mam!" 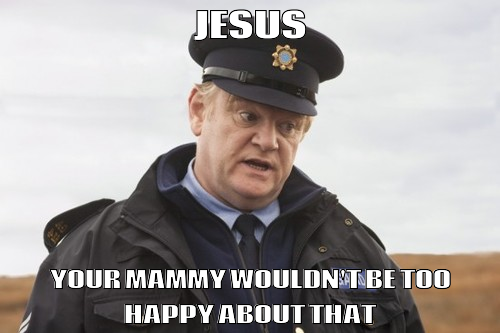 Irish men generally only dance on two occasions: 1) The first dance at their wedding and 2) at 2am after a feed of pints if the DJ plays AC/DC. You might get a shuffled waltz the odd time but if you're looking for a jive, best to get the ladies on board. 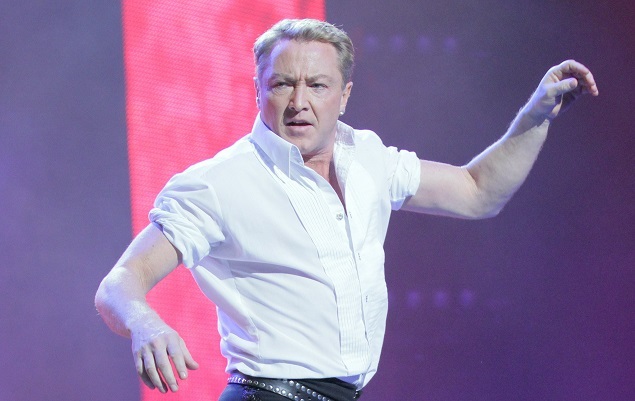 8) Sports jerseys make up a large part of his wardrobe

Even if he doesn't play a sport, most Irish lads will have a selection of jerseys in their wardrobe and wear them regularly. T-shirts, polo shirts and jeans are probably the only other things you'll find in there... with a pair of 'good' shoes for Christmas/weddings. Although, if it's good enough for the Anchorman crew, it's good enough for us! 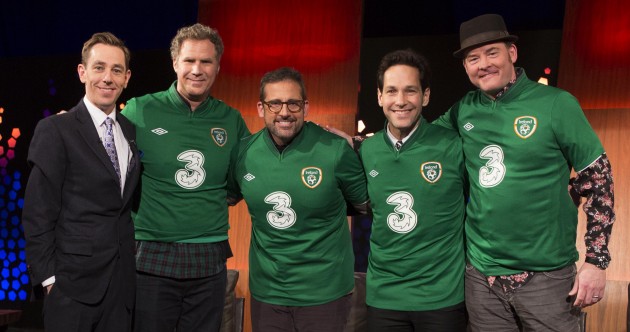 Having travelled far and wide, we can sum up exactly what we love about Irish men in one word: banter. They'll make you laugh til you cry, even though they're taking the proverbial out of your taste in music/ability to drive/cooking skills. If anyone else tried the same, they'd get a shot in the gob. Absolute chancers. 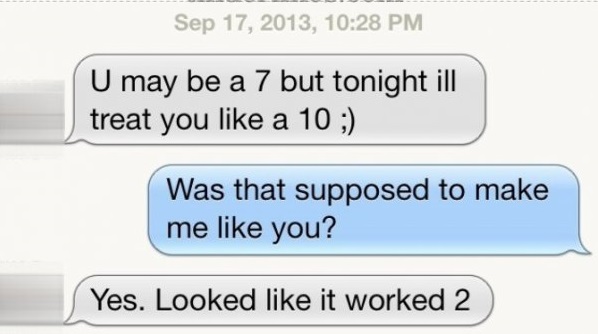 10) They're chivalrous in their own way

They may not hold open the door or write you poetry but they'll defend your honour, put a smile on your face, give you a piggyback when your shoes hurt and maybe treat you to the odd bag of chips on the way home. If that's not love, we don't know what is. 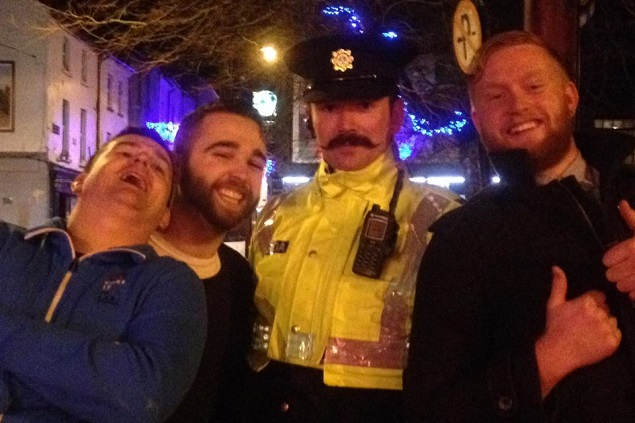 popular
Brighten up your Christmas with these affordable festive lights, coming to Lidl next week
Shawn Mendes (24) is reportedly dating Dr Jocelyne Miranda (50)
Irish wellness brand cancel Cork pop-up following explosion on ship full of stock
Apparently this is the best date to put up your Christmas tree
Why Are Men so Obsessed With Boobs? The Answer is Pretty Surprising...
3 simple tips to get your nails in shape ahead of Christmas
Love Island's Davide says Ekin-Su is 'wife material'
You may also like
3 months ago
Irish person dies after drowning in Spanish resort swimming pool
5 months ago
Irish lad heading to Love Island villa as contestants are announced
6 months ago
Louise O'Neill: "It sometimes feels like we need to share our stories to be accepted as humans"
6 months ago
Tributes paid to Irishman found dead in LA after missing for weeks
9 months ago
You can now get an Irish language version of Wordle
10 months ago
A documentary about two Irish boys who skipped school to go to New York is coming soon
Next Page