A ten-year-old schoolboy was questioned by police after a misspelling aroused his teachers' suspicions.

Teachers reported the boy for suspected terrorist links after he misspelled the words "terraced house" and wrote "terrorist house."

His teachers did not realise it was a spelling error, and under the 2015 Counter-Terrorism and Security Act, teachers are obliged to report anything suspicious. 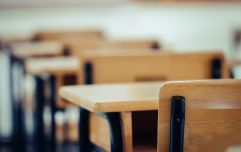 END_OF_DOCUMENT_TOKEN_TO_BE_REPLACED

According to the BBC, the boy was interviewed and a laptop found at his family home was examined.

His family have since demanded an apology from both the school and the police, and allege that the boy has been traumatised by the experience.

A cousin of the child, who has not been named, told the BBC: “You can imagine it happening to a 30-year-old man, but not to a young child.

“If the teacher had any concerns it should have been about his spelling. 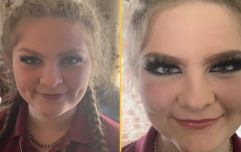 END_OF_DOCUMENT_TOKEN_TO_BE_REPLACED

“They shouldn’t be putting a child through this.

Regarding the controversial Counter-Terrorism act, Miqdaad Versi, assistant secretary-general of the Muslim Council of Britain said:

“There are huge concerns that individuals going about their daily life are being seen through the lens of security and are being seen as potential terrorists rather than students."

The school told the BBC it was unable to comment because it was investigating a complaint over the incident.

popular
Irish girls name was the most used Irish name in the United States last year
Ofcom receives 75 complaints over Jacques' treatment of Ekin-Su
Love Island: Danica sets her sights on Andrew as Luca asks Jacques about his relationship with Gemma
Michael Owen hilariously responds to Love Island's heart rate challenge
Prince William shouts at photographer who was "stalking" his family
Another of Gemma Owen's family could be headed for a reality show
Dublin Airport not ruling out a "flight cap" amid chaos
You may also like
2 months ago
Parent group "appalled" by exclusion of "same sex friendships" and contraception from education at Wicklow school
3 months ago
Japanese schools ban ponytails for girls as it may sexually excite male students
6 months ago
Will schools re-open after the Christmas holidays?
7 months ago
Schoolboy dies after "tragic accident" in Cork school
9 months ago
Parents urged to stop spreading rumours about kids with Covid in WhatsApp groups
1 year ago
Parents will not be able to attend school concerts or nativity plays this year
Next Page