The 1916 Centenary commemorations are due to take place this weekend, with a whole host of events to mark the hundred years since the Easter Rising.

When we think about the Rising, many people bring up names like Pearse, Connolly, Plunkett, Mac Diarmada and De Valera, with Countess Markievicz also being a well-known figure in the story of the armed insurrection that would change Irish history.

The role of women and their passion for the cause cannot be underestimated, and has thankfully gained more recognition in recent years.

Here are just a few facts about some of the women who fought bravely for Irish freedom 100 years ago. 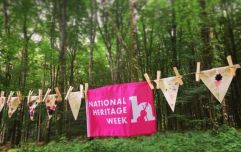 END_OF_DOCUMENT_TOKEN_TO_BE_REPLACED

1.There Were 77 Women Detained At Richmond Barracks Following The Surrender

Members of Women's Republican organisation Cumann na mBan were present at nearly every rebel stronghold in the city, with Countess Markievicz being second-in-command to Michael Mallin at St. Stephen's Green. 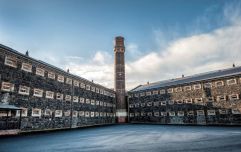 Easter trip in Belfast planned? Make sure you visit this one great spot

END_OF_DOCUMENT_TOKEN_TO_BE_REPLACED

Cumann na mBan was formed two years before the Rising, and was active for many years afterwards, with several members being elected to Irish Parliament.

2.  Only One Woman Was Wounded In Action During The Rebellion

Margaret Skinnider was 24 years old when she took part in the Rising. A skilled sniper, she commanded a team of five men during the rebellion and played a leading role in the attempts to slow the progress of British soldiers during the events. Shot three times on duty, she spent weeks in hospital, before she received a permit to return to her native Scotland, but it wasn't long before she returned to Ireland.

Shockingly, when Skinnider asked for a pension in 1925, she was at first denied because she was a woman. She succeeded in getting her pension in 1938. 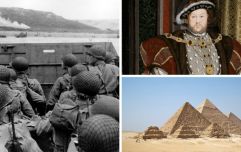 You should easily get 10/15 on this world history quiz

END_OF_DOCUMENT_TOKEN_TO_BE_REPLACED

3. Cumann Na mBan Met In Pubs To Plot The Rebellion.

It is widely rumoured that leading members of Cumann na mBan met in city centre pubs such as The Capstan Bar in The Coombe and The Cobblestone in Smithfield.

4. Markievicz Was Not Executed Because She Was A Woman

When Countess Markievicz was brought before the courts for her sentencing, it was decided that although her role in the Rising was significant, she was not to be executed because she was female.

British General Maxwell changed her sentence from death to life in prison 'on account of her sex'. Markievicz responded with ' I do wish your lot had the decency to shoot me.' She was released and later went on to be the first female MP for Sinn Féin in the British Parliament in 1918.

5.  The Bravery Of The Women Was Acknowledged By Rising Leader Padraig Pearse.

Before the Cumann na mBan women left the GPO after the surrender, Pearse gathered them together to praise them for their “bravery, heroism and devotion in the face of danger."

6.  Some Women Refused To Leave The GPO Even After The Surrender

Elizabeth O' Farrell and Julia Grenan remained in the GPO, even after it was evacuated, and Grenan watched as O'Farrell exited the building waving a white flag to indicate surrender. Grenan and O'Farrell were buried beside each other in the Republican plot in Glasnevin Cemetery.

Kathleen Lynn was an active suffragette and doctor, who was the chief medical officer during the Rising. She later founded St. Ultan's hospital for Children with her 'companion' aka 'girlfriend' Madeleine ffrench-Mullen who was also active in the rebellion. Surgeon Euphan Maxwell tended to the wounded at the Royal Victoria Eye and Ear Hospital in the city centre. Nurse Margaret Kehoe was killed tending to the wounded.

8. When Markievicz Was Forced To Surrender, She Didn't Give In Lightly.

Markievicz kissed her revolver before handing it over to the British Army, and later told the court she was "pleased" to cause disaffection among the civil population of His Majesty."

The women pictured include are Elizabeth O'Farrell, Countess Constance Markievicz and Margaret Skinnider

popular
First Look at David Seaman and Frankie Poultney's Wedding...
Fundraiser set up for boy attacked by pit bull in Wexford
3 simple tips to get your nails in shape ahead of Christmas
The trailer for Channel 4's Vardy V Rooney: A Courtroom Drama has dropped
Balenciaga is suing production company following offensive ad campaign
David Seaman Marries Dancing On Ice Partner Frankie Poultney
"I've got nothing to hide": Ekin-Su confronts Davide over afterparty video
You may also like
1 year ago
What were the "mass abuses" carried out in mother and baby homes? Here's what survivors, witnesses and historians allege
3 years ago
I took a Heritage DNA test and it revealed something that I wasn't expecting
3 years ago
The inspired responses of Victorian women when asked why they were spinsters
4 years ago
Bray fire uncovers massive 'EIRE' sign from World War 2
4 years ago
Princess Charlotte just made history after the birth of her baby brother
6 years ago
Can you beat your mates in this general knowledge quiz?
Next Page