A Starbucks employee has won a disability discrimination case after the company wrongly accused a dyslexic employee of falsifying documents when in fact her dyslexia led to the misreading of figures.

The Guardian reports that Meseret Kumulchew inaccurately recorded the fridge and water temperatures as a supervisor in a branch in Clapham, London.

Kumulchew had made her employers aware of her dyslexia and confessed. the accusation made her want to take her own life. 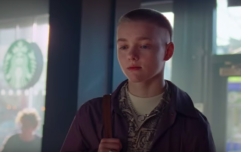 END_OF_DOCUMENT_TOKEN_TO_BE_REPLACED

"I nearly ended my life. But I had to think of my kids. I know I’m not a fraud. I just made a mistake.”

Campaigners have highlighted this case as an example for all employers to make more allowances for staff with dyslexia.

A separate hearing will determine how much compensation Kumulchew will receive.

The tribunal said the company showed little to no understanding of equality issues, and Kate Saunders of The British Dyslexia Association spoke about the difficulties dyslexic people face in a work environment:

'Many have found themselves very emotional, stressed, anxious and feeling as if they have nowhere else to turn. These feelings, which with the right support and awareness could easily be avoided, can lead to time off work and loss of productivity.'

popular
Tributes paid to Limerick based blogger and model Patrick McLoughney
Simon Harris gives three urgent options for easing restrictions next week
Lidl closing early this weekend to thank staff for hard work
Husband of world champion runner Agnes Tirop arrested over death
Not going anywhere: Baby names set to stay popular for the next decade
Personality QUIZ: Which character from You are you?
Irish The Chase star hits back after fans claim he loses on purpose
You may also like
5 months ago
Starbucks' new Happy Hedgehog cups would be the perfect pairing for a park date
5 months ago
Starbucks has a bubblegum-flavoured frappuccino on their menu – but you need to hurry
1 year ago
Bah-humbug! We're consuming a LOT of calories when sipping on festive coffees
1 year ago
The limited edition Starbucks Christmas drinks are here, and they sound delicious
1 year ago
The Phantom Frappuccino is the Starbucks Halloween special for 2019, and it's pretty strange
1 year ago
Here's how to order Starbucks' Pumpkin Birthday Cake Latte
Next Page