We’ve seen the memes and watched Brian Mills kick some Eastern European ass about a million times all in good fun, but Liam Neeson revealed that Taken changed his life.

Tha actor, who hails from Ballymena County Antrim, said that landing the role in the action thriller changed the way he approached fitness despite pushing 60.

During his childhood, Liam competed as an amateur boxer, which he said helped him deal with the demands of filming an action movie.

END_OF_DOCUMENT_TOKEN_TO_BE_REPLACED

According to The Irish Sun, Liam said: “It certainly helped doing all of those action scenes. I used to go to the gym, with I was an amateur boxer, four or five times a week. It became a discipline to apply myself to be fit for these films.”

“I keep pretty fit in my life and at the moment I am in very very good health and my body will tell me when to stop,” he said.

Taken did not just help Liam with his fitness. Soon after the 2008 film was released the actor was bombarded with Hollywood scripts, catapulting him into the limelight once again, this time as an action hero. 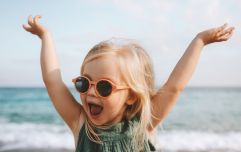 END_OF_DOCUMENT_TOKEN_TO_BE_REPLACED

Liam will star in Taken 2 which hits cinemas next month

“I seem to have been re-envisioned as an action figure ever since Taken came out,” he laughed. 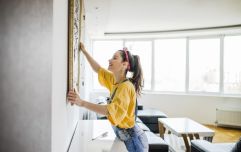 The beginner's guide to upcycling: 3 essential tips for embracing DIY at home

END_OF_DOCUMENT_TOKEN_TO_BE_REPLACED

Following the success of the action thriller, Liam will star in the sequel Taken 2, which will hit cinemas next month.

Although the plot is similar to the prequel, a shocking twist means that Brian Mills and his wife are taken hostage by an Albanian gang and are relying on their teenage daughter to save them.

“The movie starts off by saying that these people who appeared in the first film are not just objects. They are human beings who have families, fathers, uncles, brothers, who are pledging revenge. And I think that’s a great way to start the film.

“It’s about revenge and the cost it takes to get revenge.

“There’s a price to be paid for all that killing. These guys had fathers, brothers and sons and that really comes across,” he revealed.

Liam and his late wife Natasha Richardson who died in 2009

Following the death of his beloved wife Natasha Richardson in 2009, Liam said that playing a father in the film is quite emotionally draining.

“I’m a father of two boys myself. So I could imagine how one would feel when something bad happens to your child or children.”

The Oscar Award nominee revealed that action movies appeal to the young boy within him.

“The lovely thing about doing Taken 2 is there’s quite a lot of action, but then there were wonderful days that were just acting with Maggie Grace or Famke Janssen.

“They were almost luxurious because you had no physical stuff to do and could just act.”

Although Liam doesn’t see himself drifting into romantic comedies, he said it’s all down to a good script.

“It always comes back to the writing,” he said.

Last week, Liam revealed his ex-girlfriend Helen Mirren helped him adjust to London life after he made the big leap from rural Ireland.

“London was a little bit terrifying. My girlfriend at the time was an up and coming actress by the name of Helen Mirren, great woman.

“I remember going out to lunch, the first week I was there with girlfriends of hers and they ordered shrimp. I’d never seen a shrimp in my life,” he joked.

Her.ie knows which movie we’ll be lining up to see next month and we can’t wait to indulge more of the cheesy action that made Taken such a success.

If you haven’t seen it yet, here’s the trailer!

popular
Love Island's Adam Collard and Paige Thorne are "on a break"
Netflix's Dahmer series' inaccurate key detail changes everything
Here are the baby name trends set to dominate 2023
5 delicious brunch spots around Ireland to try out on your next trip with the girls
Irish twins featured by Gucci during Milan Fashion Week
Maisie Williams speaks about "traumatic" relationship with father
Doctors move young girl to Dublin hospital after Co. Clare incident
You may also like
1 month ago
Crown Paints advert receives 200 complaints over 'misogyny' and 'everyday sexism'
1 month ago
Scotland has made period products free - will Ireland ever follow?
1 month ago
Stigma, poverty and progress: How Ireland fares on access to period products
1 month ago
Want to shop more local? Here are some Dublin food and craft markets to support this summer
1 month ago
What is an 'angel shot' and 'ask for Angela' and why is it so important?
1 month ago
Don't waste your life's purpose worrying about your body
Next Page