This is just one of those stories that will make you smile instantly.

A two-year-old boy who was born with a rare heart condition was given a very special opportunity this Christmas. 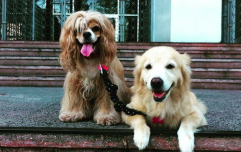 This blind doggo has her own guide dog, and kindly pass the tissues please

END_OF_DOCUMENT_TOKEN_TO_BE_REPLACED

Billy Hopkin got to control the Christmas lights around the Seven Dials monument in the West End, with his heartbeat.

The lights had been static until Billy got involved, making the lights flash to the beat of his heart. 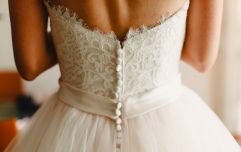 END_OF_DOCUMENT_TOKEN_TO_BE_REPLACED

"Christmas is meant to be the happiest time of year but I think it's very easy to forget that lots of families could be going through a really hard time - and sadly they don't get to enjoy the holidays together."

"I really wanted to be involved in this idea because there's been many Christmases where we've been in this situation - and I want other families to know they're not alone."

The special occasion was hosted to raise awareness and money for the Tiny Tickers charity.

"I think it's really important to keep making noise and raising awareness about heart disease - but also make people aware of the wider impact it has on families," Rebecca continued. 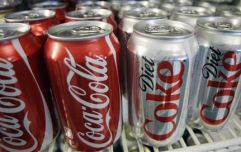 END_OF_DOCUMENT_TOKEN_TO_BE_REPLACED

"Most of all we just really want people to stop and think, because it could happen to them."

"Thankfully we have incredible support from charities such as Tiny Tickers - but the funding doesn't magically appear, it relies on donations from the public. So I really hope this activation encourages people to donate - even if it's just a small amount."

popular
Bride asks for divorce day after wedding following groom's disrespectful cake stunt
Molly Mae shuts down backlash over her baby girl's name
Little girl spends 17 hours protecting her baby brother's head under earthquake rubble
Expert team end search for Nicola Bulley declaring she’s not in the water
New Love Island bombshell Claudia has a famous dad
Emma Pattison made distressed call to her sister before murder-suicide
Brother and sister abducted in March 2022 have been found alive
You may also like
2 years ago
Welsh woman finds Irish girl's football that floated across the sea
3 years ago
Flight delayed after a woman thought the emergency exit was a toilet
3 years ago
Boyfriend loses his shit when he mistakes thermometer for a pregnancy test
3 years ago
People won't adopt this dog because she's 'ugly', and we're bawling
3 years ago
Woman writes powerful letter to a business after the most horrific job interview experience
3 years ago
A coffee shop just opened next to a Post Office in Dublin, and the name is f*cking GAS
Next Page