Alarming new crime figures show a five-year-old boy was investigated for the rape of a 13-year-old girl in Manchester last year.

According to the data, thousands of children under ten have been accused of committing crimes including sexual assault, arson and threats to kill in the last year.

The figures, obtained by the Daily Star after they submitted Freedom of Information requests to police forces, show that there were 70 reports of rape by children under 10 since 2014. 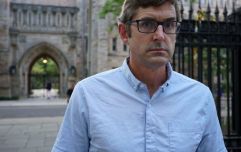 The Louis Theroux documentary on sexual assault will air tonight

END_OF_DOCUMENT_TOKEN_TO_BE_REPLACED

Reflecting on the shocking results, the NSPCC noted that many children committing crimes of this nature may have been abused themselves.

A spokeswoman told the paper:

“It is deeply concerning that so many very young children are said to have committed sexual offences. In these cases we have to question the environment in which they are growing up that has led to them behaving in this way.

“It could be they have seen sexual activity that they are just too young to understand or that they’ve been victims of abuse themselves.

“Prevention has to be the key and that is recognising warning signs early and taking swift action.

“The young victims who have suffered these awful assaults need expert support.”

While children under ten cannot be prosecuted, they can be given a Local Child Curfew or a Child Safety Order.

Those who persistently break the law can also be taken into care, or in some cases the parents can be held responsible.

popular
16 and Pregnant star Jordan Cashmyer dies aged 26
Gardaí seize two cars linked to Ashling Murphy death as they question new suspect
Here's where all the 149 tickets that won €36,687 in Saturday's Lotto were sold
A celebrity hairstylist just shared a genius hack for the perfect messy bun
Irish in Sydney shaken by Ashling Murphy murder
Dancing on Ice professional Sean Rice dies at 49
Louise Thompson cries "20 times a week" due to PTSD following birth of son Leo
You may also like
3 weeks ago
Chris Noth accused of sexually assaulting a third woman
1 month ago
Sex And The City's Chris Noth denies sexual assault allegations
1 month ago
Minister Josepha Madigan regrets not speaking out about sexual assault for 13 years
2 months ago
Man arrested after woman raped on train as passengers filmed it
2 months ago
Online site set up to allow students to report on campus sexual assault
3 months ago
Victims of sexual violence face waiting over a year for counsellors
Next Page