It's a question that can baffle lads (or ladies) who want to pop the question - how much to spend on an engagement ring?

Well, it depends who you ask.

Traditionally, it's been said that someone planning to propose should spend two months' salary on a ring.

That old chestnut has, of course, turned out to be more of a fabrication than a tradition - diamond company De Beers came up with the 'rule' during an ad campaign in the 1930s. 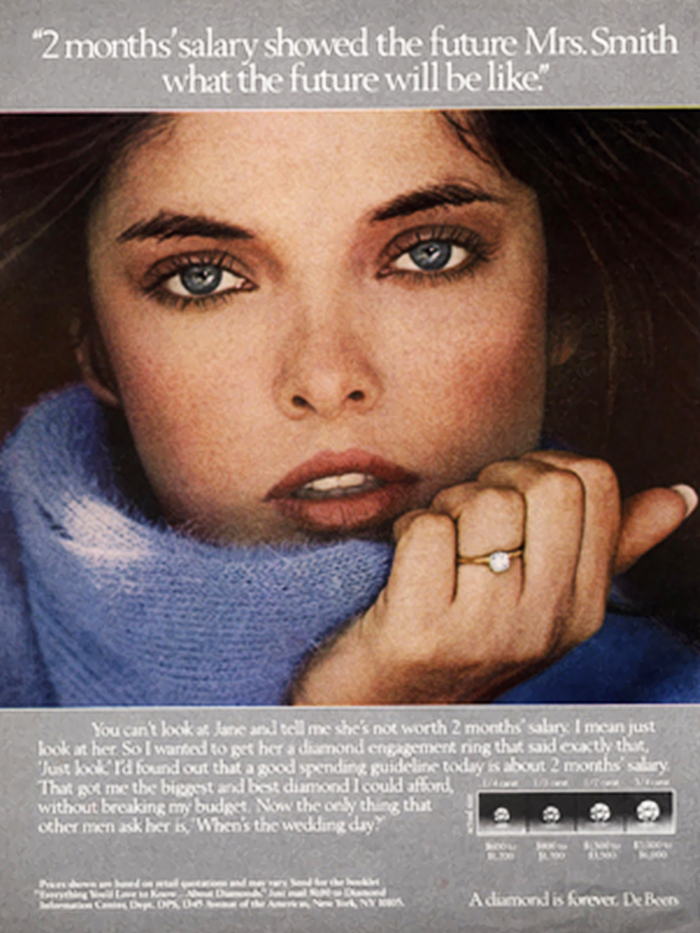 END_OF_DOCUMENT_TOKEN_TO_BE_REPLACED

Setting a budget and for a ring is hugely personal for each couple, but a new survey by Weddings Online has found that the average spend on an engagement ring in Ireland is €1,849.

Looking at Irish wages, it appears many Irish couples are eschewing the 'two months' rule nowadays.

END_OF_DOCUMENT_TOKEN_TO_BE_REPLACED

This gap suggests that we're saving our money for something else, like maybe the cost of a wedding. 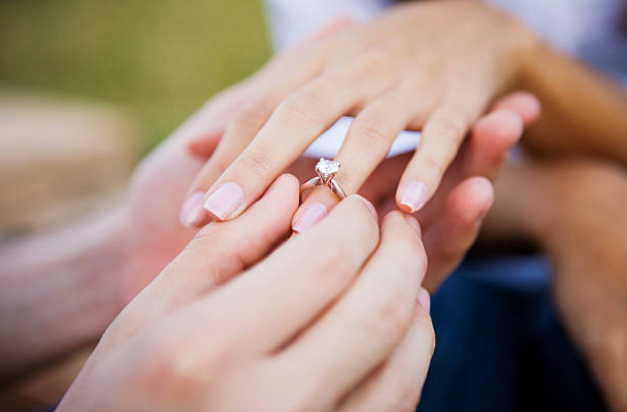 The most sensible approach for getting a ring is surely just to buy what you can afford, which seems to be a popular option for many.

END_OF_DOCUMENT_TOKEN_TO_BE_REPLACED

Research by The Vow last year showed that 41 per cent of Irish people think that you should only spend what you have on an engagement ring.

This year's Weddings Online also survey showed that 24 per cent of those surveyed got engaged in December, making it the most popular month.

It also found that couples are enjoying longer engagements, as over 27 per cent of engaged couples wait over 2 years to get married compared to over 25 per cent last year.

popular
Dublin Airport in "shambles" after weekend of chaos
Love is dead... Shakira and her husband Gerard have reportedly split
Why Are Men so Obsessed With Boobs? The Answer is Pretty Surprising...
Des Bishop and Hannah Berner have officially tied the knot
Doctor Strange actress Zara Phythian receives 8 years for child sexual abuse
23 shows with four or more seasons to watch on Netflix
Saoírse Ruane's mum says daughter faces "fight of her life" ahead of surgery
You may also like
1 day ago
Gardaí appeal for witnesses following serious assault on man in Tallaght
3 days ago
Ireland misses out on making it to Eurovision final
1 week ago
Ireland ranked one of the worst countries in Europe for paid maternity leave
2 weeks ago
All taxis required to take cashless payments under new proposal
3 weeks ago
Meet byBorrow - the Irish sustainable fashion sharing platform
3 weeks ago
Forecaster warns of "unusual" cold Irish weather change in next few weeks
Next Page