I'll be the first to admit that Disneyland is one of my favourite places on earth. No matter what age you are, you can enjoy it for all it has to offer.

The numerous rides, the shows, the restaurants, the magic of it all. 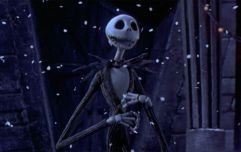 END_OF_DOCUMENT_TOKEN_TO_BE_REPLACED

I could honestly go there every year of my life and never get bored.

However, one woman believes that "childless millennials" should not be allowed into Disneyland and it has caused uproar online.

In an expletive-filled rant, the mother said things like:

"It pisses me off TO NO END!!!!! when I see CHILDLESS COUPLES WITHOUT AT DISNEY WORLD!!!!"

Here it is in full (just a warning, it's pretty bad):

This is my new favorite wild mommy post. It’s me, the millennial slut who just goes to Disney World to make children cry pic.twitter.com/COokEiTdMm

Of course, people were shocked by the woman's rant and commented that absolutely anyone can go to Disneyland, whether they're a parent or not:

Sounds like she's resentful she's not having fun because she's too overwhelmed with toddler needs, and envious of unencumbered women (likely her own age) who are actually having fun. Sounds like she's the one who needs to grow up and stop blaming others for her own choices.

FFS, a childless couple is still a FAMILY.

Who ever this woman is should be banned from the park. Because my daughter is grown that means I can never go there again. I think not. The one who made that child cry is the mother. The attitude and cursing of that mother sets a real good role model example for that child. Not

Logic. There is none. pic.twitter.com/3NNFCMEGVE

Me booking my childless vacation to Disney pic.twitter.com/V59bgbOmOD

This is how I picture that mother?? pic.twitter.com/ZABntxPtoW

Mickey and Minnie are a childless couple.

popular
Derry Girls star speaks out after show called "distinctively British"
Police search underway for missing YouTuber Gabby Petito's boyfriend
Taken up sea swimming? We found the perfect Dryrobe dupe to keep you warm this winter
Penneys has launched a major sustainability pledge – and here is what is changing in store
Gwen Stefani reportedly pregnant with baby number four
Dublin nurse scammed out of all her savings warns others
The 'secret' Zara label signs that'll apparently help you get the right size every time
You may also like
2 months ago
Disneyland Paris apologises for telling mother to stop breastfeeding
4 months ago
Disneyland Paris set to reopen next month
1 year ago
Disneyland Parks and Universal Studios to close due to coronavirus pandemic
1 year ago
New details about the Frozen Land in Disneyland have are here, and WOW
1 year ago
Say hey to Disneyland's new churro marshmallow wand that's dipped in caramel sauce
2 years ago
You can now get a whole box of Disney sweets delivered straight to your door
Next Page