Confusion as woman runs away from marriage proposal

A lot of people aren't impressed.

We love a good marriage proposal video, especially when something doesn't really go to plan.

Public proposals can go two ways, they're either adorable and everyones happy, or they go a little something like this couple at a baseball game in Massachusetts last week.

END_OF_DOCUMENT_TOKEN_TO_BE_REPLACED

During a minor league game at Polar Park, one couple were projected to the crowd as the man got down on one knee to pop the big question.

But there was clearly some miscommunication in their relationship and the pair hadn't spoken about that next step, because the woman immediately fled the scene, running off as fast as she could.

And she wasn't the only one shocked at what had happened, spectators in the stadium couldn't believe what they were seeing either.

The video has gone viral on social media, and everyone has the same question, why did she run off?

While a lot of people were just confused and wanted answers, a lot were convinced the couple had staged the whole thing.

That's got to be staged- right?

Just popping in here to tell everyone that a girl just denied a proposal at the @WooSox game and she literally ran away & while this would be a great time to dunk on Worcester.....it’s more important that we all agree to end stadium proposals. Please 😅 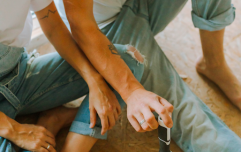 END_OF_DOCUMENT_TOKEN_TO_BE_REPLACED

Another said: "I feel you but I want to believeeeee also looked better from the press box I will admit."

A third said: "How long before we find out one or both is an "influencer" and they did this for the clicks."

Another added: "I was at the game about 15 rows from them. Definitely faked."

Regardless, it was risky to propose in public like this, especially in front of a crowd this big. Or with a girl you're not too sure is on the same level as you.

popular
Miracle baby on the way for bride whose partner died on wedding day
Simon Harris and wife welcome arrival of new baby boy
COVID-19 hospital cases fall as 90% of Irish adults are now fully vaccinated
Tributes pour in for 28-year-old primary school teacher killed in London
You could be shopping in an Aldi store with no checkouts in Ireland in the near future
Johnny Depp confirms he will be back as Grindelwald in Fantastic Beasts 3
Kate Middleton has addressed the rumours that she's pregnant with her fourth child
You may also like
5 days ago
You can now apply for the next season of Married at First Sight UK
4 weeks ago
Chloe wants a "flamboyant" wedding proposal from Toby
1 month ago
Paul Walker's daughter Meadow announces engagement
2 months ago
Emma Bunton marries partner Jade Jones in secret wedding
2 months ago
Did Tommy and Molly-Mae get married?
9 months ago
Short women and tall men make the happiest couples, study claims
Next Page