These may be our favourite ones yet.

Disney have unveiled a new set of Minnie Mouse ears - and they're going down an absolute treat with fans.

The Happiest Place On Earth sent fans into a frenzy with the addition of their doughnut shaped ears.

The bright pink headband is topped with two doughnut-shaped ears (with plenty of sprinkles, naturally) and a sparkly blue bow.

The ears have been spotted at the Emporium on Main Street in California's Disneyland, according to social media users.

The doughnut-shaped Minnie Mouse ears are available for €24 ($27.99) before tax. 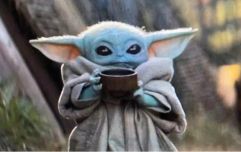 Baby Yoda-themed Monopoly now exists and the excitement is real

END_OF_DOCUMENT_TOKEN_TO_BE_REPLACED

And based off the reaction, the ears are likely to keep flying off the shelves - so you better be quick if you want to nab a pair.

According to Instagram account DisneyStyle, the ears are currently sold out at Disneyland (although they will be back soon) and will be headed to Walt Disney World in Florida soon.

So if you, or someone you know, is heading Stateside for a Disney adventure later this year, you might want to ask them to have a quick look around and pick you up a pair.

Although, there is some good news for die-hard Disney fans who are hoping to get their hands on the other Instagram famous pair of Minnie Mouse ears.

The sequined rose gold Minnie ears caused a social media frenzy last summer when they were released Stateside - but were tricky enough to get over on this side of the ocean.


popular
XOXO: Here's everything we know about the Gossip Girl reboot cast
Recipe: 3 ingredient zesty body scrub to give you a stunning spa experience from home
Paul Mescal is raffling off one of his iconic chains in support of Pieta House
'That’s the most honest answer': Skeet Ulrich reveals why he is leaving Riverdale
Irish Hairdressers Federation to propose guidelines for early reopening of salons
QUIZ: How well do you remember Angus, Thongs and Perfect Snogging (the movie)
Leaving Cert 2020: Calculated grade student portal to open tomorrow
You may also like
1 month ago
QUIZ: Can you guess the Disney movie from its opening line?
1 month ago
Original High School Musical cast to reunite for Disney singalong
1 month ago
Artemis Fowl to skip cinema release and debut on Disney+
1 month ago
The rumours are true! Meghan Markle IS voicing a Disney film
2 months ago
Disney+ is coming to Ireland this week and here is everything you need to know
2 months ago
Josh Gad, aka Frozen's Olaf, is reading nightly bedtime stories for kids in isolation
Next Page