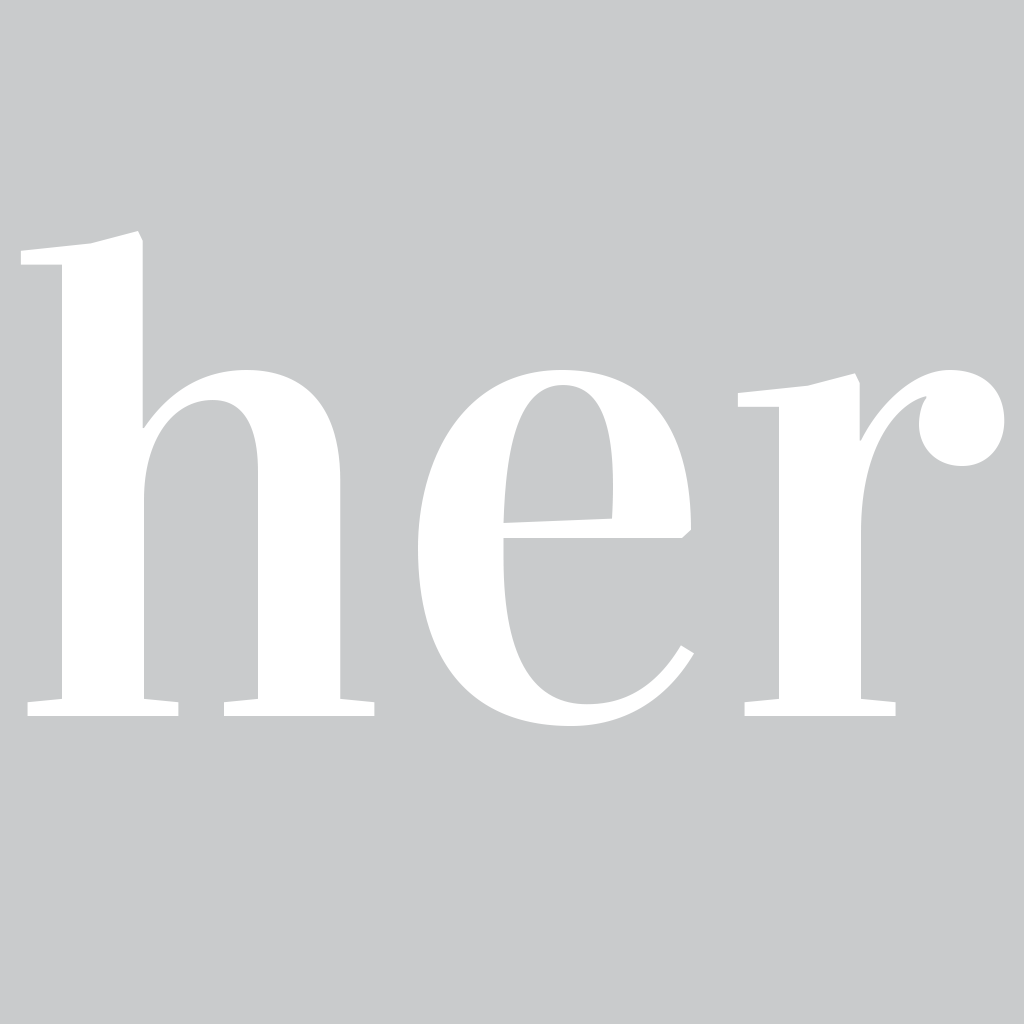 Are DM slides about to become the new Tinder?

People don't meet each other the way they used to.

Now, they're coming for your DMs - whole swathes of confident men and women who hold absolutely no reservations about asking you out for a drink... despite having never met you before.

There are many logically reservations that a person might have about indulging in the above scenario, and yet online dating has still very much become the norm.

Except it's not called online dating anymore. It's just dating.

More often than not, we're starting to hear the low hum of couples revealing that they didn't simply meet at a bar or though friends or via a dating app like Tinder.

Now, they're starting to say that they've met through the DM slide - a perfunctory response to an Instagram Story, a meme sent via Facebook Messenger, a casual response to a post veiled as an attempt to show interest.

It's an action that a few years back would have filled even the most confident among us with an intense and reflective fear.

"You just straight up showed your interest?"

Now though, things are changing. Where there was once trepidation about putting yourself out there, there is now a confident curiosity, a willingness to risk potential limited embarrassment for a chance at a date, a drink, or even just a ride.

There is a certain brazenness that comes with a DM slide.

It's an act that can be viewed a myriad of ways depending on a range of different factors including but not restricted to:

Every woman in Ireland has no doubt received the cursory "Hey x" from a stranger on the internet. A reply to a Story, a follow up to a tweet, an endorsement on LinkedIn if you're particularly unlucky.

Most the time they're seemingly innocuous, replies that can either be mildly irritating or moderately welcome depending on what time of day it is - and whether you're actually single.

Nevertheless, the DM slide has seemingly become a regular part of the dating lexicon, a means of presenting yourself to somebody in the hopes of securing a mutual attraction - whether the recipient is open to it or not.

"Social media has impacted dating in a variety of ways, to the point that online dating or mobile dating has really become 'social dating,'" she says Julie Spira, dating coach and CEO of Cyber-Dating Expert.

"Singles are meeting on Instagram, Twitter, Facebook, and other social media apps, and they’re also vetting their dates in advance by viewing their social media activity.

"As a result, singles have quicker access to chat with potential dates, and it actually speeds up the time for them to meet in person."

It would seem then that the humble DM slide is nothing more than a foolproof way of making your romantic availability known to a person of interest.

But there is a notable difference between somebody who is innocently asking another person out for a drink, and the cocky guy whose constant messages becomes a plague in a woman's inbox.

Kate* is no stranger to the odd repetitive Instagram Story reply from men who seem determined to be just that.

Unfortunately, neither is her sister, who receives similar enough messages on the regular - from the same guys.

"What annoys me most about it is that they message women that clearly know what they're doing - and talk about it - and yet, they persist," says Kate. "There's no way he thinks my sister doesn't tell me about it."

One guy in particular, she says, consistently messages both of them despite not getting anything back in return.

"It's the fact that we never reply but he keeps going, even when he knows we have boyfriends too," she says.

"It's bizarre. There's so many of them. I have two regulars and I never even reply and I've seen people openly tweet about them too, so it honestly baffles me."

Julie says although some forms of DM slides can be effective, depending on the context, they can be equally as creepy if blatantly unwelcome.

"If you’re sliding into a DM, you need to make sure you’re already following and liking the person’s posts to develop a sense of social media trust," she says.

"Then send a brief, but complimentary message - one without a sexual tone or where you just say they’re hot.

"Sliding into a DM can be effective because everyone is attached to their phones, and it can be a fun and flirty way to connect. But if you find someone’s DM to be offensive, you can kindly let them know, or block them to prevent receiving them again."

Like most women who frequent social media, I've been subjected to a DM slide or two.

There's been "Hey x"s, there's been heart eyes reactions, there's been replies to Stories that are vague enough to potentially mean nothing but irregular enough to mean that the sender is definitely after something. Probably.

The one - and only - time I've been hit with a DM slide that was pointed enough to actually include a real life date request, I was impressed.

Simply sliding in was something that I had never considered myself. I found it ballsy, confident, and entirely non-threatening considering the slider in question had been a regular feature of my timeline for a few years.

But as with most things in this life - and especially with interacting with human beings that you don't actually know - context is everything. And my context had just happened to be quite decent.

Elsewhere, the majority of DM slides undoubtedly go unanswered, most likely because they are misguided or misjudged.

Laura* met her husband in 2014 after he slid into her DMs on Twitter. She had followed him first and he repaid the favour a month or so later.

She says that in the beginning, there wasn't a lot of interaction between them - maybe the odd 'like' or two - before he eventually messaged asking her to a launch party he was throwing.

"Thinking back now, I think it was actually a group message he sent to loads of people," she says.

"I was actually weak when I got the invite because I had obviously followed him for a while. I was so excited, God love me.

"I replied saying thanks but that I couldn't go, and we just started chatting from there. Literally 12 weeks later we had moved in together."

It wasn't long after that the pair ended up getting engaged, and eventually married - a result that many would still presume an impossibility today.

And yet, despite her glaringly positive DM slide experience, Laura does think that the prevalence of social media has made dating far more complicated than it once was.

"I had never used Tinder, but this was 2014 and it was getting super popular at the time," she says. "I'm so glad I was spared from it, to be honest."

There's a certain impersonality that comes with apps like Tinder and Bumble that generally aren't found with other means of dating.

You don't know the person at the other end of the phone. Nor do they know you, have any obligation to meet you, or owe you an explanation as to why they severely ghosted you after talking to you consistently for two weeks straight.

This might be one of the reasons why the DM slide is so appealing to those of us who actually want to meet people.

A lot of the time, there's already a familiarity there - a mutual follow, a Retweet or two, a shared knowledge that although you don't know each other that well, you're still pretty sure that you're both normal people.

Claudia* says that in the past, she hasn't been offended or impressed when faced with a DM slide.

Having met her current partner through work, they eventually started chatting regularly through Instagram (and their professional Slack channel that may or may not have been accessible by the C-suite), so she sees the slide as yet another form of communication among people who might just find each other attractive.

"We have more ways of contacting one another these days," she says. "Sliding into DMs is just another version of sending a letter back when our grandparents were courting.

"Unless someone says anything gross, there's nothing weird about it. It's more casual and can put people at ease because there's less pressure."

It's this pressure that often discourages people from going back to basics and, God forbid, just asking someone out.

It seems less invasive, less embarrassing, less awkward than putting yourself out there at a party, in the pub, or in casual friendship setting.

This is an awkwardness that us Irish people are notoriously - but not exclusively - prone to. After all, why risk rejection face to face when you can restrict it to your inbox?

According to Julie, this clumsiness around rejection isn't just limited to online dating. In fact, it's probably less likely to happen when a person does actually be straight with someone they're attracted to.

"Rejection on dating apps happens more frequently due to the nature of communicating with a large number of people at once," she says.

"Because using dating apps is a numbers game, singles are concerned about fitting into a search, and they often spend more time trying to be the ideal partner based on someone’s profile, rather than just realising they are the prize."

It makes sense then that the DM slide could in fact be overtaking the humble dating app when it comes to results that are actually successful.

Although the request to go out for a drink could easily have been copied, pasted, and fired off to five other women also appearing on someone's follow list, the chances of this happening on a dating app where the goal is very much To Find Someone is likely to be a lot higher.

Claudia's own experience of dating apps mirrors this fear perfectly. Where she enjoyed the easy access that messaging via DMs provided her, she found that dating apps almost afforded the opposite - too much choice with not enough payoff.

"Apps have taken a lot of the charm and excitement out of meeting someone new," she says.

"If you're like me, you're probably swiping in a dark room in a hoodie, eating a Chinese, hungover, and feeling terrible about yourself. You just need a dopamine hit off the thrill of someone swiping right on you.

"These apps make it very easy to drop conversations quickly, or ghost people after weeks of texting. You have a very real visual representation that there are plenty more fish in the sea."

Within two years of launching, Tinder was generating at least one billion swipes per day. In 2018, Bumble stated that the app had led to 20,000 marriages.

Five years ago, saying that you met your significant other on a dating app was almost a cause for concern. Nowadays, it's the norm.

There's no data available (yet) detailing just how many people have tied the knot after one of them slid into the other's DMs, but the influx of people who are meeting this way only seems to be increasing.

Modern dating may be changing, but what isn't changing is our anxieties around dating itself.

Julie says that people often get weighed down by the perceived risks and fears of rejection that tend to come hand in hand with meeting new people - whether online or off.

"We’ve had so many dating rules drilled into our heads over the years, including response times and not waiting too long, that it can be confusing to get it right," she says.

"But there just is no one-size-fits-all formula."

*All names have been changed.