Expert explains what could have happened to Ireland's beloved Fungie

There's still no sign of the beloved dolphin, Fungie.

It's been a few weeks since Dingle's mascot was last spotted in the bay, but the search continues.

To say that the town of Dingle is shook since the bottleneck dolphin went missing would be an understatement. Fungie was not only a dolphin, locals would call him a friend. 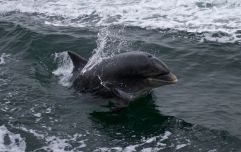 END_OF_DOCUMENT_TOKEN_TO_BE_REPLACED

No one knows what happened to the friendly dolphin. It's as if he just disappeared without a trace and it seems that Dingle won't be the same again until they find out what happened to him.

What exactly did happen to the dolphin, we may never know, but some experts do have a couple of theories.

Marine biologist, Dr Kevin Flannery, in Kerry told The Mirror: "I would say that at this stage, because he hasn't returned, we're looking at the age profile. Basically what happens to old dolphins at that stage is that they're unable to catch their own food and with his age profile, he has possibly died of starvation."

He explains: "A wild animal that has to catch his own fish for 40 or 50 years, he would be slowing down, like we all do coming up to that age. And trying to catch fish won't be as easy, so the possibility of starvation comes into play – that he could have died of hunger or something like that."

That's the worst case scenario according to Dr Flannery, but there are a few other reasons why Fungie could have gone missing.

He could have gone searching for food in the deeper waters, or this all could have a really romantic ending and he could have found love after all these years.

I'm all for romance, so I'm going with Fungie found Fungella and they swam off together to the Bahamas. 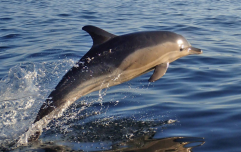 Fungie the dolphin has been injured with a deep wound

END_OF_DOCUMENT_TOKEN_TO_BE_REPLACED

The search still continues in Dingle for the dolphin. Jimmy Flannery, from Dingle Sea Seafari tours, told the Mirror that they still hope to find him but searchers are “drained – mentally and physically".

"People have to realise and respect this is a friend that's gone missing. It’s not an object.”

Girls With Goals || Her · Ep.151: 'A Story Shared' - Aoife P. Rafter on blogging during a pandemic and living with CF
popular
"I don’t know where I’d be without her:" Paul Mescal chats new girlfriend in candid new interview
Zoe Alexander Says X Factor Made Her Look Like a 'Fool'
QUIZ: Can you guess the TV show from the kitchen?
Ex-housemate has no sympathy for I'm A Celeb's Jordan North - because he let her gerbil die
AOC weighs in on Harry Styles' Vogue cover, says he looks "bomb"
Nutella have launched their first ever Christmas jumper - and it's v cute
Short women and tall men make the happiest couples, study claims
You may also like
1 month ago
Kerry locals fear they may never see Fungie again
1 year ago
Fungie has been named the Guinness World Records' oldest dolphin living alone
5 years ago
Making A Splash! Incredible Picture of Fungie the Dolphin in Dingle Bay
1 week ago
Aoife P. Rafter: "Our society is supposed to support people with disabilities"
1 week ago
Animals and staff left "terrified" as fireworks fired near London animal hospital
2 weeks ago
Team Hope: "Children are truly amazed when they receive Christmas gift shoeboxes from Ireland"
Next Page