Fig O'Reilly: "I was always told to be a secretary, that really bothered me"

"When you have diverse perspective all it does is drive innovation forward. At the end of the day, we're in the business of ideas."

When we last caught up with Fionnghuala O'Reilly, or Fig as she also goes by, it was March 2020. We didn't have the faintest idea that the world was about to change as we recorded an episode of a podcast and filmed TikTok dances to our heart's content. 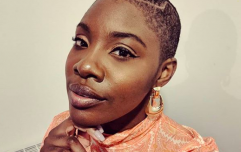 END_OF_DOCUMENT_TOKEN_TO_BE_REPLACED

The global pandemic hit just days later and Fig would be the last guest we'd have in the Her studios for the next eight months.

Our current Miss Universe Ireland has spent the last few months traveling (safely) for work. We caught up with her recently and the first thing we talked about was how those TikTok dances felt like a lifetime ago.

"It seems like time moves so slowly but so quickly at the same time," she says. "I've been traveling for work in America and I've taken so many Covid tests that my nostrils are unhappy with me, but I'm staying safe and finding the silver linings this year."

America is not an unfamiliar place to Fig. Her parents met in San Francisco, California after her Irish father won the infamous visa lottery of the nineties. Fig says that travel was simply a part of her upbringing. 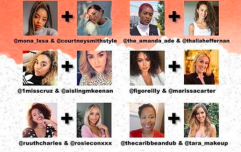 END_OF_DOCUMENT_TOKEN_TO_BE_REPLACED

"My parents started a family in America but moved back to Dublin as it continued to grow," she says. "I'm one of six, I have five sisters and my Dad is listed in the United States Military, so it's taken us all over the world.

"I went to nine different schools growing up and it's given me a great sense of wanderlust in that as an adult I love to travel, see new things and meet new people."

Live life with a cherry on top? #postcardfromminnesota 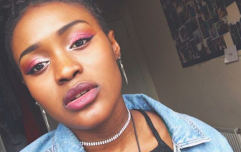 'Here is not like America': Amanda Adé on Ireland's racism and hope for the future

END_OF_DOCUMENT_TOKEN_TO_BE_REPLACED

As Miss Universe Ireland, Fig attracts a lot of attention - understandably! It's an incredible achievement to represent the country on such a massive global platform, and November marks her 16th month holding the title.

Fig's life, however, goes far beyond the pageantry of... well, a pageant. She's passionate systems engineer, Director of the NASA Space Apps Challenge, and a NASA Datanaut who is committed to raising the profile of women in STEM.

Fig says she always knew that engineering was the career for her. "I was just like any other kid, I went through so many different ideas of what I wanted to be," she says.

"I remember the very first job that I really wanted was to be a palaeontologist. I thought that was so cool but I also wanted to be a truck driver and a ballerina. I went through lots of different phases."

Despite the wide variety of options on offer, it was Fig's love of maths that finally pushed her in the direction of engineering. "I always loved maths, it was my favourite subject in school and I was good at it, there was always a definitive answer.

"I had a maths teacher who pushed me forward and made me apply to a summer math and science programme. I wound up getting accepted at the University of California and I spent my childhood summers from then on, no matter where I was in the world, in Berkeley.

"It's where I learned to code. That experience really taught me what it was like to be an engineer." 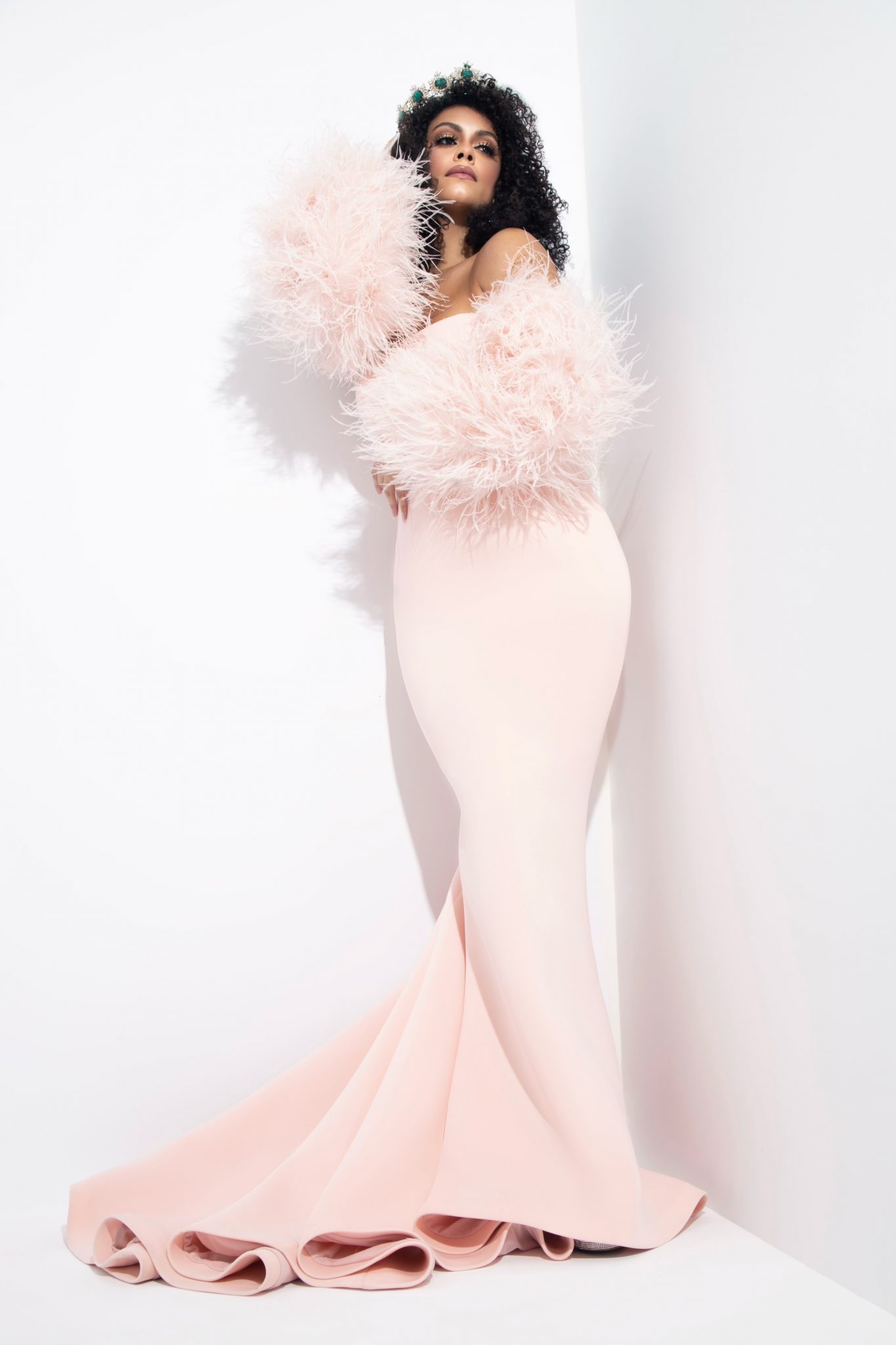 The issue of gender equality in STEM is not a new one. Fig says that growing up, there was actually a strong balance of genders. At her beloved summer camps, massive attempts were made to reach children of diverse backgrounds. That did, however, change as she got older.

"I've grown up seeing a lot of girls interested in engineering and STEM, until they slowly start to become interested in other things in middle school and high school," she explains.

"It's those years where less and less girls maintain the same level of interest. Their interest isn't targeted and it becomes phased out. When I entered University, I wasn't the only black woman in the systems engineering programme, but by the time I graduated I was."

The Power of Radiance to me means embracing your resiliency, going after goals, and leveling up⚡️! One of my purposes in life is to help other women and young girls get the skillsets they need to go after their goals. My education has empowered me to dream big even if the new normal means adapting to working virtually from home for a bit longer. I am SO excited and proud to partner with @CleDePeauBeaute for the upcoming #PowerofRadiance awards that honours inspirational women from around the world who contribute to driving positive change through girls’ STEM education ??! Stay tuned to hear more about the upcoming virtual awards ?! #Partner #UnlockthePowerofGirls #CleDePeauBeaute

"I was very often told to be a secretary of sorts," she says, "to not contribute to the bulk of the project but to make the presentation on it. That really bothered me."

Fig explains that she had always considered herself a capable person, and that a change needed to be made. "I started asserting myself for better or worse," she says.

"I'm sure I rubbed people the wrong way but it didn't matter to me as long as I felt that I was respected. I think it worked. It gave me a load of confidence and it put me in a position where I would no longer be a secretary."

The fact is, getting more girls and young women involved in STEM is not the only issue at hand. Rather, it's about fixing the leaky pipes that already exist.

Many women have successful careers in STEM, but leave the industry altogether in their thirties. Fig is adamant that she can change this. "You're talking about STEM that has historically been white and male, but when you have diverse perspective all it does is drive innovation forward," she says.

"At the end of the day, we're in the business of ideas and I'm glad to see the industry is starting to recognise the immense need for women and people of colour all across the board." 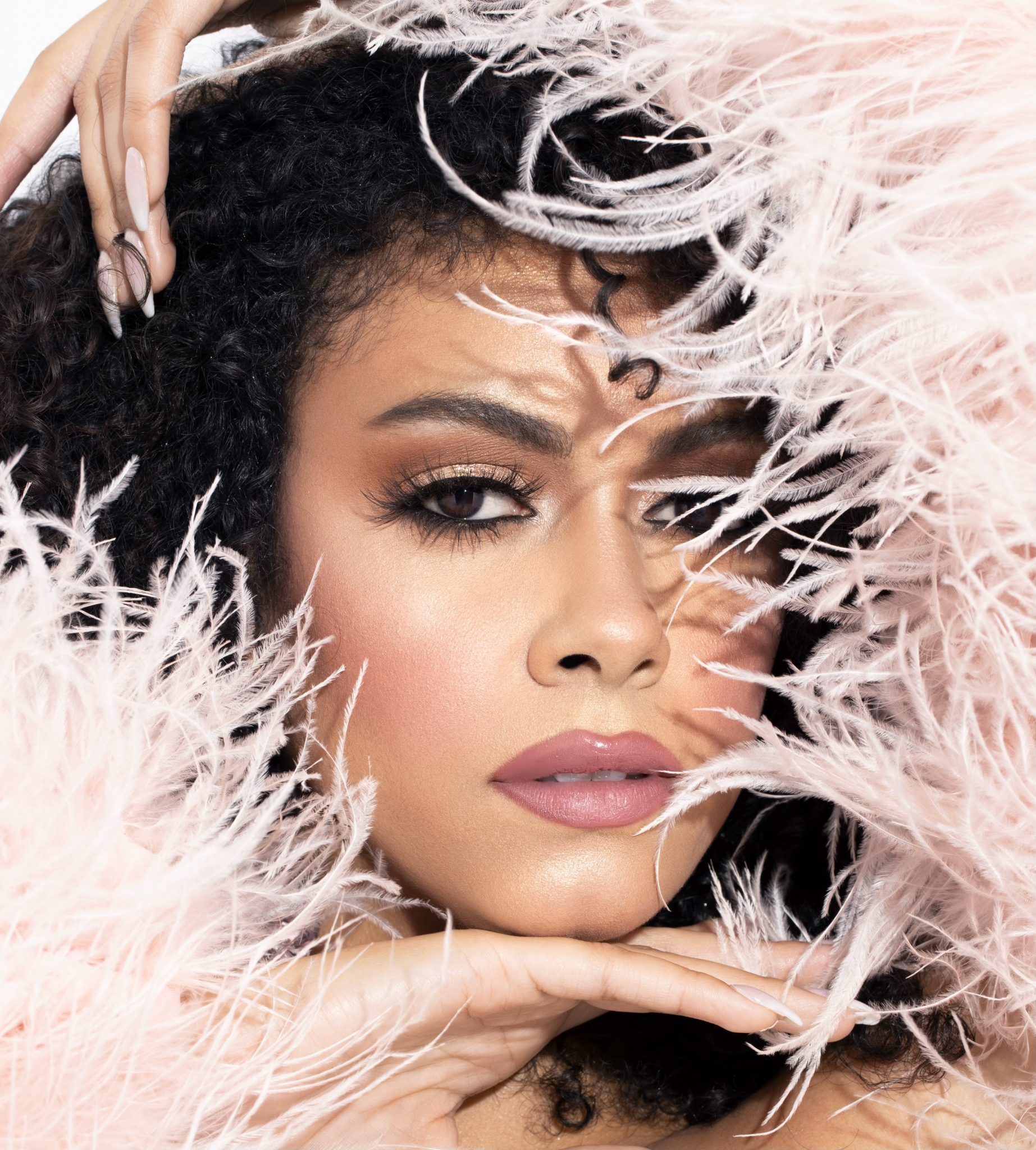 Recently while traveling across America, the 27-year-old found herself in Minneapolis - the place where George Floyd was killed. Fig says the experience had a profound effect on her.

"It was extremely cathartic in a way that I wasn't expecting," she explains. "It was also eerie to be in Minneapolis knowing the recent history of the Black Lives Matter movement.

"I feel like I'm still digesting that experience because I went from protesting during a global pandemic on the streets of Dublin a week after George Floyd was murdered, to a few months later standing in the very city where such violence had been perpetrated."

Fig, like countless others, has had negative experiences around the world, Ireland included, as a direct result of the colour of her skin. "I absolutely think it's important to bring awareness to the injustices that we see in America but also everywhere in the world," she says.

"I've had negative experiences with people based on my race no matter where I've been," she says. "It's something that needs to be talked about. It makes people uncomfortable and I understand why, [but] it's something that can no longer be pushed aside.

"I'm the first black Miss Universe Ireland, and I've had to deal with certain people who did not like that. It's a new day in Ireland. There are young people with diverse backgrounds and we've never had that before. The time has come to talk."

popular
Love Island’s Afia explains why Gemma’s dad has not been mentioned on show
Two dumped islanders have confessed their feelings for each other since leaving the villa
Miley Cyrus responds to rumours she is expecting her first child
23 shows with four or more seasons to watch on Netflix
Love Island fans concerned over "bullying" of Ekin-Su
Woman saved from hostage situation after leaving note on food delivery order
Here Are The Top 20 Most Common Pin Codes in The World
You may also like
1 month ago
Louise O'Neill: "It sometimes feels like we need to share our stories to be accepted as humans"
1 year ago
Clashes at protest in America over police shooting of black man
1 year ago
The killing of Elijah McClain: here's what you should know
2 years ago
Breonna Taylor: New law passed, but protesters are still fighting for justice
2 years ago
'An intense time': John Boyega thanks followers for support during Black Lives Matter protests
2 years ago
Watch to educate: 8 shows and movies that depict racial injustice against black people and the fight for equality
Next Page