Listen, we get it.

There's nothing better than chilling in a pool when its +20C outside and you have a pint in hand. Sure, it's basically like you're in Malaga or something, right?

Yep, it's all well and good.. until the water runs out.

The Green Party is currently asking people to conserve water during the heatwave, and are not too happy with Lidl planning on selling garden pools next week. 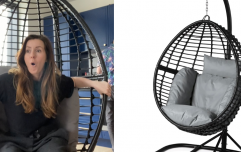 END_OF_DOCUMENT_TOKEN_TO_BE_REPLACED

It's the perfect time to sell a pool, tbh... however, Green Party leader Eamon Ryan is urging Lidl 'to play their part' in conserving water in Ireland.

According to Dublin Live, he said: "It's very tempting with this warm weather. Wouldn't it be lovely to be lounging around in a pool?

"But we're all running short on water. We've got to be careful.

"We could go into a long dry spell and if we do this summer, we're going to really have to be very careful how we use it [water].

"So I think Lidl should play their part. I think they should pull those pools. It's not the right time to be doing it."

However, Lidl told 98fm that there is a filter in the pool which cleans the water, meaning once you fill it, you won't have to change the water until the end of summer.

popular
Tributes paid to Limerick based blogger and model Patrick McLoughney
Lidl closing early this weekend to thank staff for hard work
Husband of world champion runner Agnes Tirop arrested over death
Irish The Chase star hits back after fans claim he loses on purpose
Not going anywhere: Baby names set to stay popular for the next decade
The First Quadrillionaire? Paypal Accidentally Gives Man $92 Quadrillion
Squid Game fans spot massive clue in Tug of War game
You may also like
17 hours ago
Lidl closing early this weekend to thank staff for hard work
3 weeks ago
﻿﻿Wishing you were in Italy? Lidl are running a huge sale on their Italian range this week and it's perfect for enjoying an Italiamo weekend at home
1 month ago
Want to bring a taste of France to your next night in? Lidl are running some incredible offers on their French range this week
3 months ago
Lidl has an amazing discount on their rosè this week to celebrate National Rosé Day
4 months ago
Lidl drops five new rosé wines ahead of bank holiday weekend
4 months ago
Lidl's wine cooler handbags with a secret nozzle are back in store soon
Next Page