Chandler and Rachel once starred in a Microsoft video and oh, Lord

Cast your mind back to 1995. Michael Jordan returned to the NBA, a 7.3 magnitude earthquake hit Japan, riots broke out in Brixton, OJ Simpson was found innocent, Toy Story was released and most importantly, Microsoft dropped the most fire instructional video the world has ever seen.

Fifty-six minutes of informative perfection bestowed upon Microsoft Windows 95 consumers, with the added bonus of Rachel and Chandler's witty back and forth to gently hammer home the importance of using this machine correctly.

It was transcendental at the time. I've a strong feeling that it still is to this very day. Let's remind ourselves.

1. The FBI warning at the start was sufficiently chilling

Regardless of whether the FBI operated in your country of residence in 1995, you still straightened up in your chair when this deeply chilling warning appeared on screen. You could title almost anything 'FBI WARNING' and there's a 100% chance people will actually read it, compared with just a regular old 'WARNING', which specifically targets dorks and dorks alone.

This particular warning transpires to be a thorough waste of time, as it's aimed at scaring us all stiff about sharing this video. Regardless of 1995 being a purer time regarding the unauthorised reproduction and distribution of content, the Venn diagram of people actually watching this instructional video versus those likely to illegally distribute copies of it is just two very far apart circles. Relax, FBI. Your words will be heeded in this instance, but mostly due to our inadequacy regarding copyright issues. Give us 18 years and we'll upload this exact video to something called YouTube, then embed it in a dumb article for the ultimate ironic LOL.

2. They dressed Jennifer Aniston and Matthew Perry in smart yet affordable clothing aimed at making them seem relatable 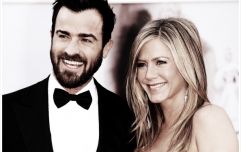 Justin Theroux has commented on Brad and Angelina's split

END_OF_DOCUMENT_TOKEN_TO_BE_REPLACED

The footage is a little grainy, so I'm more than happy to detail their clothing choices. Jennifer is wearing a purple t-shirt, flowery skirt and a sensible pair of black strapped pumps. Our Matthew has opted for a pair of sufficiently-hoisted faded denim jeans, a white t-shirt and oversized black blazer. What do both these outfits scream? RELATABLE! Also Chandler is dressed extremely 'Steve Jobs during his downtime', which I assume was an oversight.

Realistically, the average Windows 95 user is going to be lounging around their veranda dressed as if they're heading to the launch party of a new perfume by Calvin Klein, so the folks at Microsoft have dressed this pair perfectly. Right before the Uber arrives to take them to the soirée, they'll boot up the computer for a quick two-player game of Microsoft Pinball, followed by a celebratory round of Minesweeper as they're feeling positively giddy with the possibilities this new world has unlocked for them.

3. As expected, the big reveal of the physical computer is deeply underwhelming in 2018 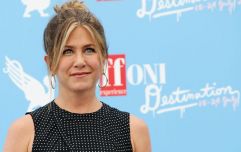 END_OF_DOCUMENT_TOKEN_TO_BE_REPLACED

There's a suspense-filled walk to Bill Gates' alleged office, followed by a sexy little pan of the camera from left to right to reveal what can only be described as the product of far too many Computers For Schools vouchers going missing in 2005, resulting in the school making do with what they have. They've even added a score to the sketch, which consists of a selection of horns (to reflect the horn all 1995 tech geeks will have simultaneously achieved whilst watching it) that climax at the moment of the big reveal, wherein the fucking screensaver is on.

When Jennifer activates the screen to show a blank green desktop comprising of four icons (My Computer, Inbox, Recycle Bin and The Microsoft Network - if you're interested), she literally says "Ohhh, pretty". Years of technological advancement, thousands of hours of tedious work to build the most sophisticated machine known to man at the time and the best reaction Jennifer Aniston can drum up is "Ohhh, pretty". Considering we live in an age where everything is supposedly dumbed down to facilitate our increasingly short attention spans and ineptitude for an advanced knowledge of anything, it's safe to attribute the beginning of this downfall in humanity solely to Rachel from Friends.

4. To demonstrate the properties of Microsoft Word, Matthew Perry constructs the shittest poem the world has ever seen

'Twas the night before Christmas,

and all through the warehouse,

not a single piece of Microsoft merchandise was stirring,

not even a mouse

At this point in the instructional video, it becomes clear that it was scripted by a deeply unfunny person, much to the stifled dismay of Matthew Perry and Jennifer Aniston. What's happened here is some dork from the corporate world has watched approximately four episode of Friends and thus deemed themselves perfectly adequate to script the entire sketch. Their superior and their superior's superior all signed off on this, which is the true injustice of 1995 (OJ Simpson's acquittal included in this synopsis).

I feel bad for Matthew Perry. He's the one that has to fake type this obscene attempt at funny poetry, where ultimately he becomes the butt of the joke himself. 'Warehouse' and 'mouse' rhyme, that is an undeniable fact, but do we want them to? It's too blatant. I've prepared an infinitely better rhyme.

'Twas the night before Christmas,

would Santa remember to come?

would he bring us Microsoft Windows 95?

Yes because he isn't real.

Midway through Jennifer playing her life-altering role of 'confused female computer user' and Matthew's stint as 'know-it-all experienced male computer user', there's a knock at the window. It's a window cleaner that Matthew describes as "a very large man". The lady giving them the tutorial says he's "the real windows expert around here" and everyone immediately vomits. Once the sizeable puddle of communal sick is cleared, the window cleaner stays on screen for far too long, giving us all enough time to wonder what ever happened to actual comedy sketches and where humanity as a whole has gone wrong.

Is this the only time they make the insufferably obvious Windows joke? Is it fuck, my friend. Matthew drops it in approximately seven times at the start as they approach Bill's alleged office and everyone breathes a sigh of relief as they assume he's gotten it out of his system. This second wind (pun intended) of a deeply predictable joke comes unexpected, but at the same time extremely expected. BRB need another vomit.

In what I've deemed to be the absolute worst character from this Windows 95 instructional video, this fucking chump comes back to the delight of approximately no one. This time he's got a printer and he's sure as shit going to show us how to use it *fanfare sounds*. The process he uses to install it is hysterical to watch in the year of our Lord 2018 as he begins by shutting down the computer, then turning on the printer, sticking in the connector to the PC and turning the computer back on. Seven hours later, the computer reboots and he installs it with a CD like some sort of animal.

It's hard to work out how it would've felt to watch this video back in 1995 after purchasing this computer. You'd be excited by the unlimited possibilities that lay ahead, but also distracted by Matthew Perry's shit jokes and Jennifer Aniston's apparent complacency with playing a stereotypical dumb female character. Add to this an intruding window cleaner who carries around printers and installation CD-ROMs and you'd consider returning the entire thing for as little as half your money back.

7. A Chinese food delivery boy is enlisted to help explain the intricacies of the right click

Things start to feel a bit crowded around this point, when a Chinese delivery boy dressed in very typical delivery attire (see above) bursts onto the scene to give a drawn-out analogy of how Chinese menu layouts are meticulously balanced with proteins on the left and carbohydrates on the right. He then provides the viewer with some intense facial expressions and accompanying hand gestures, culminating in the introduction of the right click function on a mouse.

Jaws audibly dropped to the floor as he says the right brain and left brain will finally be reunited with this simple gesture. At this point, we're hitting the 25-minute mark in this jaunty little sketch and it's inevitable that viewers are becoming exhausted and positively itching to get stuck into a rousing game of Solitaire. When will this fresh hell end? The sweet release of death is but a distant hope at this point. All in all, we could've skipped his delivery boy bravado and gotten straight into it.

8. Joystick Fucking Johnny comes along to further prepare us for the abyss that's hurtling towards us

'The most feared video game warrior in the territory' is here for Bill Gates and also for all of our souls combined. He's conveniently heard that the new Windows 95 operating system makes the gaming experience 'fast and cool' and has appropriately stopped by during this seemingly off the cuff shoot with Matthew and Jennifer. He challenges Jennifer Aniston to a 3D Pinball duel and scoffs at her enthusiasm due to her gender. Give it 3-5 years, pal.

They battle it out on Pinball which is absolutely not in 3D, with Jen crowned the eventual winner, then a band turns up with their new music video on a disc and everyone dances together before being zapped inside the computer as a result of Jennifer pressing a magic red button. Standard. At no point does anyone recognise Rachel and Chandler, deeming this entire facade utterly pointless. The entire "cyber sitcom", clocks in just shy of thirty minutes and although informational, it is a truly a dark stain on the world of computing.

Watching this video in 2018 is deeply upsetting and I wish I hadn't inflicted it upon myself, nor written over 1,500 words about it. I am sorry.

Girls With Goals || Her · Ep.160: The Beauty Of Coaching - Hayley Harrison joins us from Sport Ireland
popular
The countdown is on! 10 things we'll be racing to Penneys for when they open
Doctors warning young people against 'sun cream contouring' TikTok trend
Someone has ranked the penis size of men from all over the world
28 amazing Irish glamping spots for your 2021 staycation
Irish company launches 1.5 litre wine 'Bagnum' - a magnum in a bag
Penneys shopping by appointment booking portal is now live
Here's what happens on every day of your menstrual cycle (roughly)
You may also like
3 weeks ago
Jennifer Aniston says baby news at Friends reunion "never happened"
2 months ago
Another 'disturbing' David Letterman interview has surfaced, this one with Jennifer Aniston
4 months ago
Jennifer Aniston "chooses to believe husband" Brad in old Vanity Fair interview
1 year ago
Is a Brad and Jen Valentine's reunion what we REALLY want to see?
1 year ago
WATCH: Jennifer Aniston surprises Friends fans at Central Perk
1 year ago
Brad Pitt's response to the drama over his reunion with Jennifer Aniston is interesting, to say the least
Next Page