Roisin Jordan of Co Tyrone made history on Tuesday night as she became the first woman to ever chair a county board.

This is the first time that a woman has held the top position in the county, and had previously held the position as secretary and has been vice-chairperson for the last five years.

A member of the Eglish club, Roisin takes over from Ciaran McLaughlin who had finished his five-year term. She was elected to the position unopposed as the other two nominees withdrew from the contest. 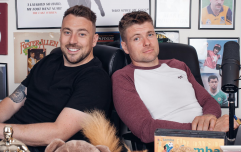 END_OF_DOCUMENT_TOKEN_TO_BE_REPLACED

“It’s a proud occasion for Eglish GAC, and an historic day for the GAA in Tyrone,” said Eglish St Patrick’s chairman, Frank McKillion.

The historic occasion comes 22 years after Noreen Doherty of Donegal became the first woman to be elected as secretary of a county board.