Finishing at the same time as your partner is the unicorn of sex...

People always talk about it, it happens in the movies, but we're just not sure it actually exists.

While it may be the sexual holy grail, synchronising your sexy situation can feel like attempting to summit Everest.

END_OF_DOCUMENT_TOKEN_TO_BE_REPLACED

According to a study published in the Journal of Sexual Medicine, coming at the same time as your partner strengthens your relationship and even your life satisfaction.

There is no denying that women's bodies are typically a little more complicated than their male counterparts when it comes to reaching the big O.

However, sex and relationship therapist Jane Greer, Ph.D, has revealed to Women's Health that with the right techniques, coming together is very possible, no matter what type of sex you are engaging in.

Most ladies will attest to the fact that digital stimulation of the clitoris is one of the easiest ways to orgasm. To overcome the timing issue, Dr. Greer recommends the female taking a head start. 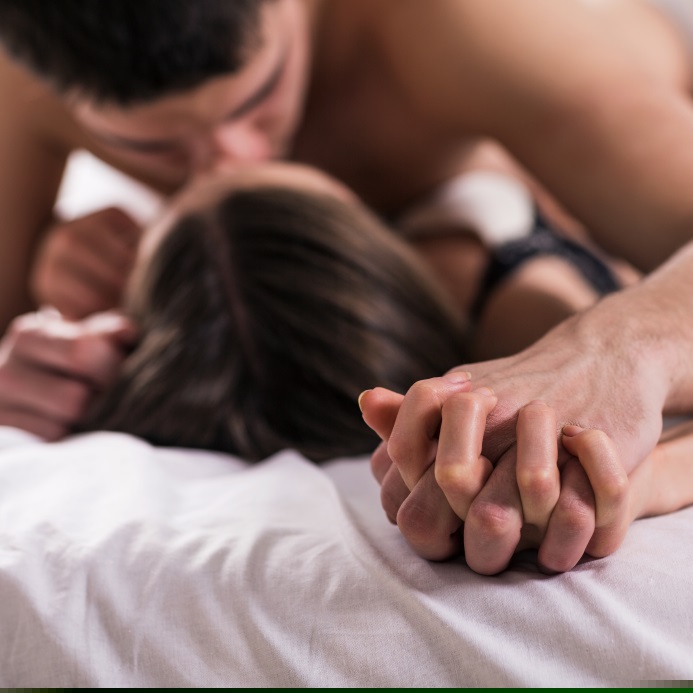 END_OF_DOCUMENT_TOKEN_TO_BE_REPLACED

She says: “Let him work on you first because it’s going to take more time for you to heat up".

She advises that once you start to feel the pressure build, grab his shaft and gently slide up and down.

However, if he is getting too excited too quickly, avoid the underside of the shaft and the point where the head meets the base.

When you're about to come, bring these areas back into play to hit that grand finale together.

So obviously, if you and your partner are trying to come at the same time through oral sex, it needs to be a 69 situation.

END_OF_DOCUMENT_TOKEN_TO_BE_REPLACED

The problem here, as pointed out by Dr. Greer, is that there is a lack of eye contact and verbal communication.

She suggests picking out some non-verbal cues (like a squeeze on the bum) to signal when you are getting close.

When he gives you the signal, she advises giving him a break and using your mouth elsewhere until he calms down again.

If you feel it's too late and he's going to blow, she says: “Gently grab or squeeze the head of his penis, which will stop blood flow and slow down his orgasm."

The key here is to pick a position that puts the spotlight on your clitoris, AND allows you to control the pace of thrusting.

Dr. Greer's top position picks for ultimate control are straddling him on a chair or reverse cowgirl.

She also points out that when it comes to climaxing, simplicity is key - save the acrobatics for another night.

She explains: “If he needs to slow down, have him rotate from deep penetration (in and out = explosions) to more shallow rocking back and forth."

Best of all? If you miss it on the first round, you can always try take two. His stamina will be better and you will be aroused, lubricated and "ready to rock".

popular
Miracle baby on the way for bride whose partner died on wedding day
COVID-19 hospital cases fall as 90% of Irish adults are now fully vaccinated
Tributes pour in for 28-year-old primary school teacher killed in London
Cork school gets Ireland's first classroom therapy dog to help ease pupils' anxiety
Someone has ranked the penis size of men from all over the world
Amy de Bhrún welcomes her second baby
WATCH: Dublin Zoo's Wild Lights makes its highly anticipated return
You may also like
2 years ago
The one thing that couples should do together every day
2 years ago
The three questions you should ask before ending a relationship
2 years ago
Apparently, living together before marriage can have THIS side effect
2 years ago
Research suggests this physical trait makes for a better relationship
2 years ago
Science says this is how many dates you have to go on before you find 'The One'
2 years ago
The age you get married could affect whether you divorce or not
Next Page