Thirty two-year-old Nadia Essex appeared on ITV show This Morning this week, speaking about how she only dates wealthy men.

Nadia says she has had enough of dating "deadbeat guys" and believes that "wealthy guys are very romantic".

The business woman admits she is a fan of nice things including dining out and romantic gestures and "isn't the type of girl to settle for the middle". 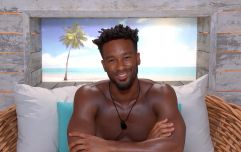 Opinion: Love Island producers need to learn where the line is with mind games

END_OF_DOCUMENT_TOKEN_TO_BE_REPLACED

Chelsea girl Nadia believes she knows all there is to know about the dating game and believes she can help other women in the hunt for Mr Right.

‘I'm really trying to teach other women - who aren’t afraid to say that they want the best for their life. If they're honest, everyone would want to marry a millionaire".

According to Nadia, who has appeared on reality show RV Rampage, certain venues are ideal to meet the perfect man and Ascot is one such place as "you can cherry-pick".

She also defended her love of material items: "Why if a guy buys me gifts am I using him? It is just the same as bring home a lovely bunch of flowers and saying “here you go, you’ve had a bad week”. Rich guys do the same, but on a bigger scale".