October 15 marks a time for remembering the children who passed too soon, and raising awareness for the importance of speaking out.

Yvonne Tchrakian is a mum from Co. Kerry. After experiencing three miscarriages, she began to wonder if she would ever have her own child. Some time later, she gave birth to her son, Hovan. He was born on October 15 - on Pregnancy and Infant Loss Remembrance Day. 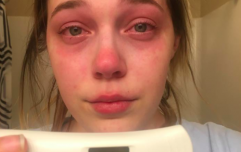 END_OF_DOCUMENT_TOKEN_TO_BE_REPLACED

After that, Yvonne experienced a chemical pregnancy before eventually becoming pregnant with her daughter, Polly. At 21 weeks, she was sadly told that there was no heartbeat.

Earlier this month, Yvonne decided to share her pregnancy loss on social media. Today, to mark this year's remembrance day, she has also shared a video detailing her experience.

You can read her story below.

My name is Yvonne Tchrakian and I am from Listowel, Co. Kerry. When I was two and a half years old, I moved to Los Angeles, California until I was 13. I was in LA at the time of the OJ Simpson trial and I knew I wanted to be a lawyer. We then moved back to Ireland.

I was the second child of four. I was always a "glass half full" kind of person, believed in the power of positivity and gratitude and was always confident and comfortable in my own skin. I was just always okay with who I was and speaking up for myself. This may not seem that relevant - but it is for how my journey unfolds and why I wanted to share my video. 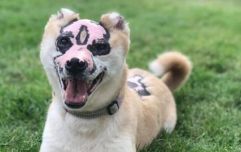 END_OF_DOCUMENT_TOKEN_TO_BE_REPLACED

I got married in July 2015 and got pregnant in December of that year. I booked in with a consultant in Holles Street, had a six week scan and then flew to California on a business trip. After I came back, I went for a nine week scan. There was no heartbeat.

It was diagnosed as a "missed miscarriage" (your body doesn't realise it's not pregnant anymore and you don't miscarry naturally). I was devastated and in total shock. I still look back at that first miscarriage with so much pain as it really hit me hard. People might think "she was so early" but you really start planning to welcome a baby into the world when you get a positive test.

I had to have a D&C (surgical removal of part of the lining of the uterus). My doctor was not available for the procedure so another consultant in Holles Street was doing it. I told him that I wanted the tissue tested. I wanted answers - why did this happen? Was there something wrong with me? He said: "We don't usually do that." I responded "don't or won't," and he said: "It's expensive."

I said "Money is no issue, do the test." If I didn't speak up for myself that day, I wouldn't have known that the miscarriage was due to a foetal trisomy (not compatible with life). Knowledge is power. I remember telling this story to a woman I bonded with at a yoga retreat. She was very quiet and shy and was struggling with fertility. She said: "There is no way I would ever speak to a doctor like that. I just couldn't." It made me think of how important it is to use my voice - and how some people don't want to or can't - for whatever reason. 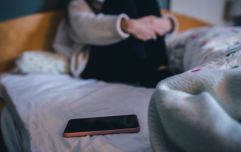 END_OF_DOCUMENT_TOKEN_TO_BE_REPLACED

After my second missed miscarriage, I started to get really concerned and took matters into my own hands. I read every book - wouldn't wear perfume, wouldn't use plastic, the list goes on and on and on. I went to an IVF clinic to see if IVF was the answer (in hindsight - it wasn't for someone like me (super fertility). The consultant said we could do IVF with pre-genetic screening of the egg. 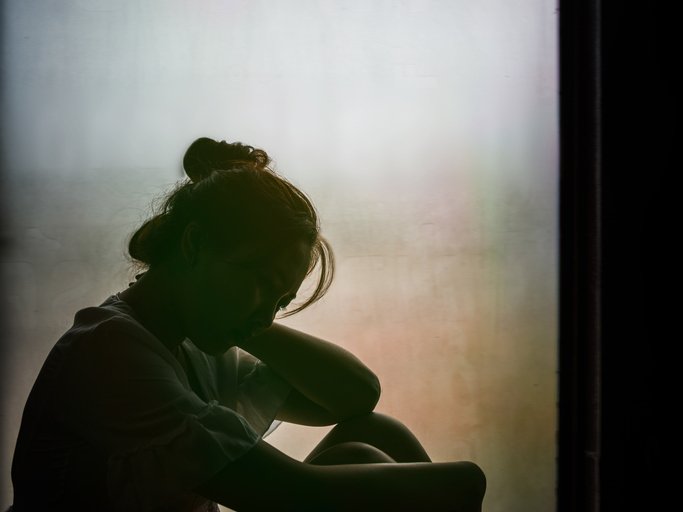 In the meantime, I got pregnant again and had another missed miscarriage. I went back to Holles Street to talk to my consultant. I was always told that after three miscarriages they become more "concerned." This was not the case. I told him about the IVF option and he was appalled - IVF wasn't for someone who was super fertile like me (i.e. gets pregnant almost every time she tries).

I asked him what should I do and he put his hands together like he was praying and looked up to heaven. After that I went to a recurrent miscarriage specialist - Dr. Kent Ayers. He was amazing and moved me to the most amazing consultant in the Rotunda - Sharon Cooley.  I felt like I needed a change and some empathy. My next pregnancy worked out - and I had a little boy Hovan (meaning a gift from God in Armenian). He was born on October 15 - ironic. Pregnancy and Infant Loss Remembrance Day.

I had a chemical pregnancy (when an egg is fertilised but never fully implants in the uterus) six months after having Hovan - that was accidental - but I was still a bit sad. I then got pregnant in January 2020 with a little girl - Polly. I was nervous but I was hopeful. Due to Covid, I had all my scans alone. When I had the anomaly scan at 21 weeks, there was no heartbeat. It was a rare, rare cord incident. I didn't realise at the time that my husband was allowed to come to this scan. I was alone. I had to give birth two days later on the 27th of May and we buried Polly on June 5th. Again, because of Covid, it was just myself and my husband.

One month later I ended up back in the Rotunda as I was haemorrhaging a lot. This experience was more traumatic than the birth - back in the Rotunda, alone again, having a D&C where women were going in for C-sections. It was the first time in my life that I thought: "I could die in here...  and I don't really care."

After the loss of Polly, I really felt lost and alone and questioned what my "purpose" was. However, a few people had shared their stories with me. One woman came to my door and said she heard about what happened. She told me she lost a little boy at 20 weeks and got cancer five months later. She now has two boys and said: "It's amazing how quickly your life can change for the better."

That gave me great comfort and I will always remember those words. I also met a family at the graveyard. Their son's grave was right beside Polly's. They started talking to me and we shared our respective stories. It was therapeutic almost. I realised that there is a lot of healing in sharing stories. 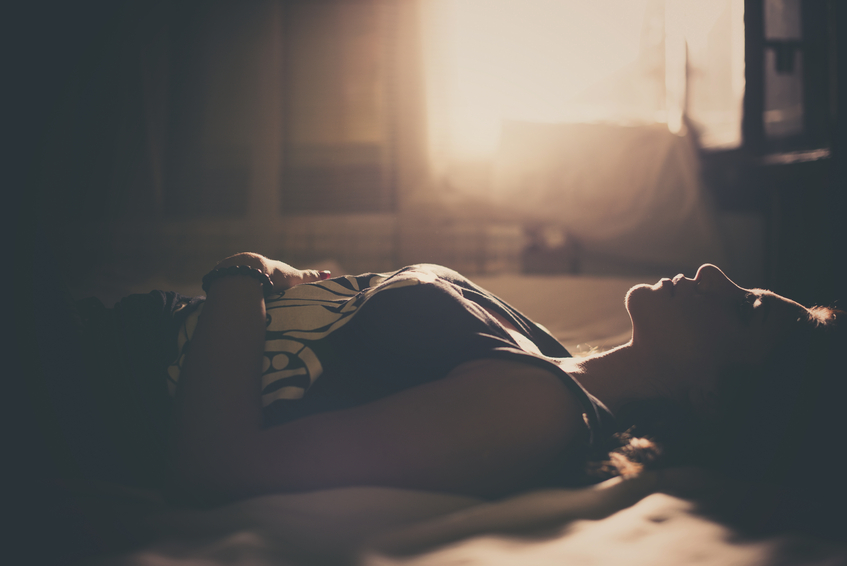 On October 1, when I woke up to the news that Chrissy Teigen lost her little boy Jack, I felt compelled to write a post on LinkedIn - about loss and empathy needed in the workplace. So many people reached out privately - male and female - thanking me for sharing my story and telling me theirs. It ranged from infertility, miscarriage, loss and even family members they had lost and how it impacted them.

When I reflect back, there was a lot of loss and fertility issues that I was aware of. I had a boss that had a boy die of SIDS, a boss that had a boy die at full term, a colleague whose boy died at full term, a colleague that couldn't carry her own child because of a previous cancer diagnosis, and two colleagues who confided in me only that they were going through miscarriages (I was very open with my story so I think they felt comfortable telling me - but no one else knew).

Once I interviewed a woman for a role she told me she was on maternity leave and I said "congratulations." She responded: "Unfortunately I had a little girl and she passed away." I didn't know what to say.

These are just a few stories and there are many, many more. Infertility, miscarriage and loss - it's so common, yet we don't really talk about it openly.

If you have been affected by any of the issues raised in this story, you can contact the Stillbirth and Neonatal Death Association of Ireland's national support line on (085) 249 6464.

Girls With Goals || Her · Ep.160: The Beauty Of Coaching - Hayley Harrison joins us from Sport Ireland
popular
Kate Middleton has addressed the rumours that she's pregnant with her fourth child
A royal insider has revealed the truth behind Meghan and Kate's rumoured feud
Someone has ranked the penis size of men from all over the world
Zoos, heritage parks, & nature walks: Here's what's opening on April 26
Here's what happens on every day of your menstrual cycle (roughly)
M&S just launched the designer collaboration of dreams – with the ONE dress everyone needs
The Queen has banned Meghan Markle from wearing any of Princess Diana's jewellery
You may also like
6 days ago
Ashley Cain hopeful blood transfusion will give daughter more time
1 week ago
Ashley Cain says baby daughter has "days to live" in heartbreaking update
1 week ago
Two people have died following road crash in Co Louth
1 week ago
Man charged as two-week old baby dies after pram hit by car in UK
2 weeks ago
Policeman resigns over video of him choking police dog
3 weeks ago
Teen reported stalker 5 times and was fined for wasting police time before murder
Next Page