"We are moving into more of an educated territory where weight does not define us." 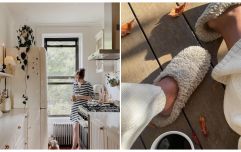 END_OF_DOCUMENT_TOKEN_TO_BE_REPLACED

Sinéad and Gillian Crowe are "intuitive eaters in training" - that's how they describe themselves on their Instagram account, which at the time of writing boasts over 25,000 followers.

The Galway based sisters have spent the past few years questioning their historic relationships with food, as well as creating a space for other Irish people to do the same thing. Dieting and weight loss may have been seen as crucial to a healthy lifestyle for decades, but Sinéad and Gillian want to change that.

Last year they spoke to Her all about intuitive eating - a framework they've adapted to help repair their relationship with food, listen to their bodies, and use instinct to ensure they're eating what they need to survive, to know when they're hungry and when they're not.

The concept of intuitive eating itself has been around since the 1990s, but has seen somewhat of a resurgence in recent years - particularly online. Far from an all-encompassing fix to the myriad of physical and mental issues that diet culture can cause, intuitive eating has more recently been compared to self care - a commitment to acknowledging what your body needs and rejecting the power of the fad diet. 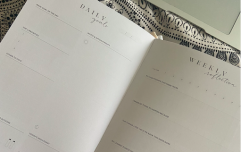 I used the Head Plan for January - but did it make any difference?

END_OF_DOCUMENT_TOKEN_TO_BE_REPLACED

Sinéad, a nutritional therapist, was in her mid-20s when she first came across the concept, but at the time she wasn't ready to embrace it entirely. "I wasn’t ready to let go of that goal I had to live in a smaller body," she tells Her, "so after a couple more years of binge eating and struggling through on-and-off diets, myself and Gillian started to talk more seriously about it.

"We were thinking, is this what life is about? Are we really going to spend all our time together talking about what new diet we’re on? The conversation had become dull and boring, so we made a pact to stop talking about it. Dieting couldn’t be what we bonded over anymore."

Gillian, a yoga teacher and social worker, adds: "I thought the fact I liked chocolate was something to fix! I also had the [intuitive eating] workbook on my shelf for quite awhile before I looked at it. One day Sinéad pulled it out of her bag and I realised I already had it too.

"We are never ready before the moment we are ready and that's okay. Not being an 'intuitive eater' is not another reason to shame ourselves - we have enough of that in our culture." 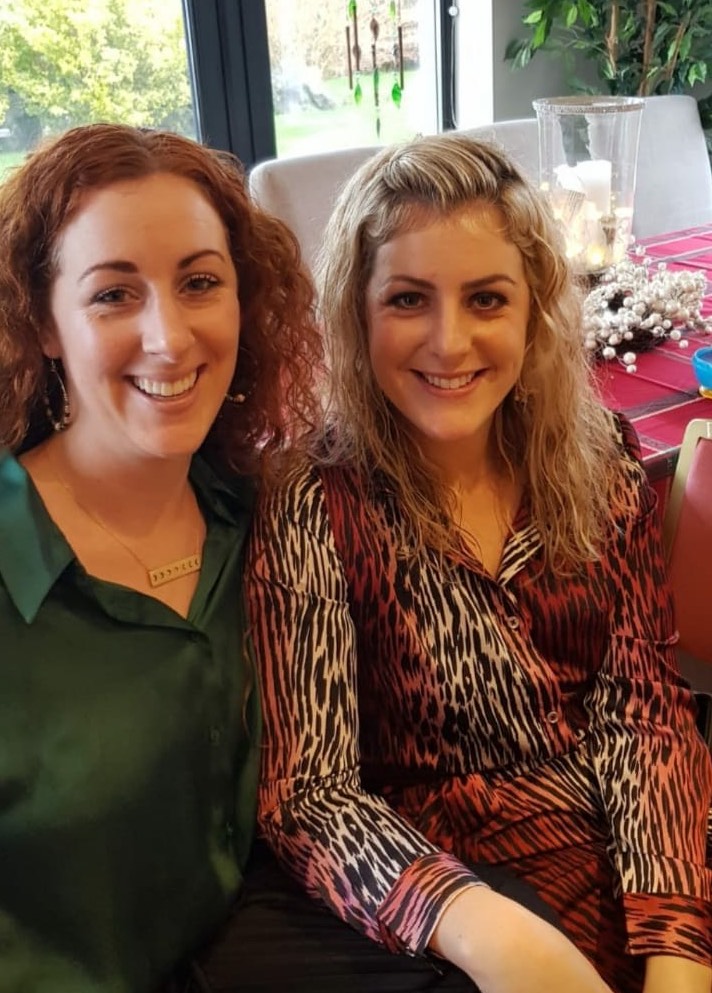 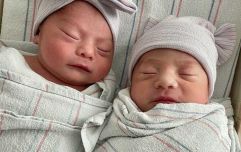 END_OF_DOCUMENT_TOKEN_TO_BE_REPLACED

Although the concept of intuitive eating and its 10 core principals has grown in Ireland in recent years, it's far from the only shift away from diet culture that this country - and beyond - has seen. Where magazine covers were once dominated by 'Get bikini body ready this summer' features and runways were commanded only by models in size 0 clothing, bigger bodies, mid and plus sized, are represented more in media than ever before.

Irrespective of this, rejecting dieting in wider society is still largely seen as taboo. One place it's not, however, is within small factions of Instagram, where thousands of users have been coming together in an attempt to re-train how their minds think about food, learn about what kinds of exercise work for them, and achieve a happy, healthy lifestyle that isn't focused on dieting.

Having the support of others, Sinéad says, is necessary when venturing into a world beyond restrictive eating. Before the Instagram community, she and Gillian had each other. That, she says, was crucial.

"We were a support for one another, we were able to wrap our heads around it together and talk about our fears and anxieties," she says. "One of the biggest worries people have is that you’re doing something radical, and you are. Society pushes weight loss, it's everywhere. To question that can lead to a lot of doubt, especially if you don’t have a support system.

"A lot of people message us saying they’re the only person in their family or their friendship group who isn’t trying to diet. Last month we had our first Zoom event and people shared their own experiences and struggles around Christmas time, and it really was quite therapeutic. It reinforces that sense of connection."

Gillian says that while she sees change as ultimately slow in the wider community, on her Instagram page, the desire for something more substantial than dieting has been palpable. A systemic shift, she says, will take a lot of time, but as with anything you've got to start somewhere.

"It was fascinating to see how many people were ready and also desperate, like myself, for a change," she says. "We were so ready to stop hating our bodies and trying to fix ourselves."

January can be a tough time for anyone who has ever experienced an eating disorder, or had a patchy relationship with food. This month has seen the conversation become more pointed amidst the return of Operation Transformation to Irish TV. The health and wellness show, which has long been a purveyor of the televised weigh-in, received fresh criticism this month, maybe most significantly from national eating disorder association Bodywhys, who said that it had been repeatedly triggering for many of its service users.

Hundreds of tweets, a trending hashtag, and one petition by Sinéad and dietician Jo Moscalu later, RTÉ defended the series for "evolving" over the years, stating that it now takes a "more holistic approach to adopting and maintaining a healthy lifestyle as well as losing weight." But for many, the shift was not enough. As Sinéad puts it, it's great that such a popular show advocates for healthy behaviours, "but the reality is that people are tuning in to see a physical transformation."

"That’s the aspect that’s enticing to audiences. It would be difficult to get the same viewership if they didn’t focus on weight loss. That doesn’t mean they shouldn’t try though. Until they scrap the weighing scales and the calorie restrictive diets then it’s just not good enough."

So what's next? Podcasts like Maintenance Phase have shown that there is an alternative narrative to dieting. TV shows like Queer Eye have proven the 'transformation' programme doesn't always have to be focused on the physical. But will we ever reach a point where making positive changes to one's body isn't defined by weight loss?

“It’s so pervasive, and it’s difficult to imagine a life where people don’t live their lives wanting to be smaller," says Sinéad. "That may always be there, but we are moving into more of an educated territory where weight does not define us. It is one of many factors that determines health, but it’s not the only one.

“I’m not judging anyone who diets, I fell into that trap for two decades. But when we engage in health promoting behaviours, find movement we enjoy, eat a nutrient dense diet, stay hydrated, practice sleep hygiene and stress management - when we do this, we improve our overall health. If more people were aware of this, we might find ourselves not solely focused on weight loss."

As is the case for many Irish women, Sinéad and Gillian grew up during a time when the only way to better yourself was to be smaller, and the only bodies worth shouting about were slim. They say that having access to anti-diet material, as well as the support of a dedicated community, would have made a considerable difference to their own attitudes towards health in their younger years.

"It's only in recent years that I have even reflected on what health means to me," Gillian says. "Now I understand health as a very holistic concept not only about physical health but also the mental, emotional, spiritual, and social.

"As painful as my journey has been with distressed eating behaviours and body image difficulties I have also learned so much about myself and know how resilient I am. It has also given me the gift of being part of a community of people who are committed to seeing and feeling their essential goodness no matter what they look like."

You can follow Sinéad and Gillian Crowe at Intuitive Eating Ireland here.

popular
Tommy Fury responds to Jake Paul ruining his baby news
Here's why Nicola Peltz-Beckham's family are suing her wedding planners
Looks like Maura Higgins knew Molly-Mae's baby name this whole time
Love Island's Zara speaks out after being dumped from the villa
Love Island's Haris spills all on an unaired fight between Zara and Tanyel
Gwen Stefani reportedly pregnant with baby number four
Chrishell Stause faced "unbelievable" trolling for relationship with G-Flip
You may also like
1 month ago
Toast 2023 with these drinks cabinet showstoppers
1 year ago
Ireland likely to "overcome" Omicron faster than other waves
1 year ago
Michael D Higgins praises Ireland's resilience and courage in Christmas message
2 years ago
A look back: remembering the year that was 2020
3 years ago
Ease into the new decade by WINNING a wellness yoga retreat for yourself and a friend
3 years ago
Ones to watch: Eight rising Irish music stars to fangirl this year
Next Page