Initially, she used photography as a tool to help her recover from a condition known as Maladaptive Daydreaming.

The condition causes intense daydreaming that is highly addictive and almost solely consists of completely imaginary scenarios. It’s frequently triggered by music and normally develops in childhood - often as a combination of ADHD and trauma.

"For 20 years I lived my life unable to shake myself back to reality. My constructed fantasy world was the ultimate safe space. I chose my name, my talents and skills, my career, my partners, my friends, my finances."

The daydreaming was often triggered by music and for years she found it difficult to "zone in" to reality.

"Anxiety would grip me and I’d make excuses to cancel plans and stay indoors the entire weekend acting out a life that was not my own, prisoner to my own mind. I would try to stop the zoning out, most often triggered by music, but it was impossible." 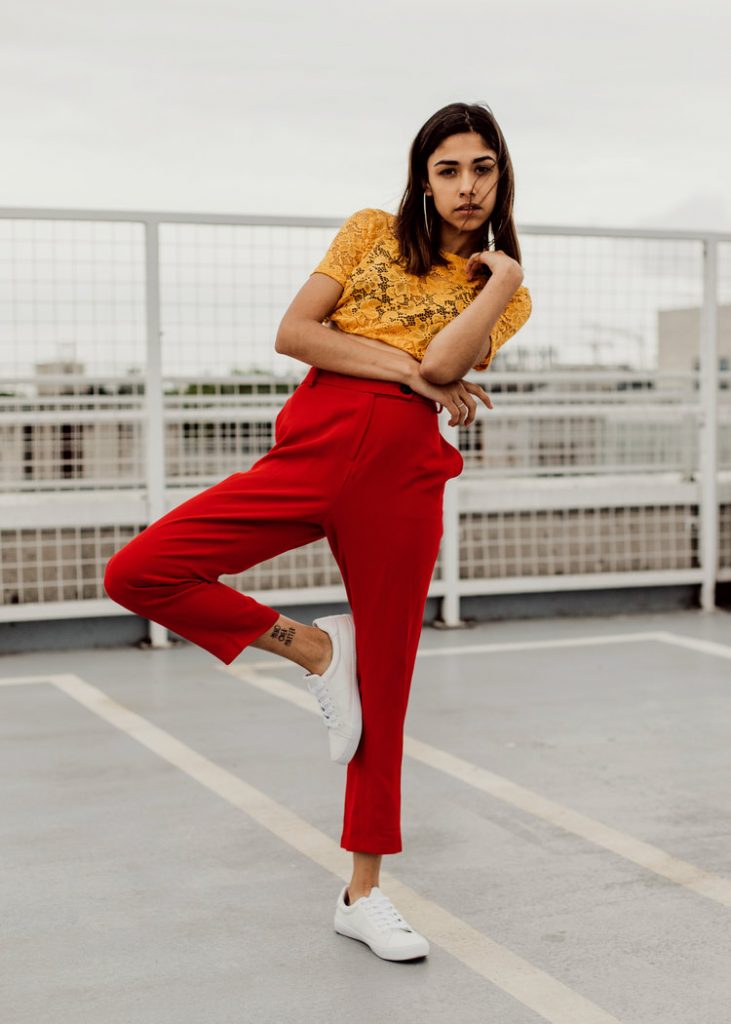 At the start of 2018, Ifediora began to get treatment and support for depression which also alleviated the Maladaptive Daydreaming.

"Suddenly I was listening to music without being held down by it."

After a short time on the prescription drug Lexapro, Ifediora's acute daydreaming ceased altogether. The fantasy world she had inhabited was suddenly gone and Ifediora spent the following months trying to adjust to and come to terms with having no escape from reality.

To document her experience, Ifediora created a book entitled Off White Sheets which contains a series of portraits, short stories, familial anecdotes and poems relating to her experience overcoming Maladaptive Daydreaming. The 28-page book is available for pre-order on vanessaifediora.com/shop for £20/€23 from February 14th until its release on March 14 after which it will retail for £25/€28.

popular
At least seven bodies have been found in search for Brian Laundrie
Here's everything you can *actually* do in a nightclub this Friday
Gogglebox's Paige Deville never wants to speak to mum again after quitting show
Tesco is refunding 27,000 customers after overcharging them
CONFIRMED: Nightclubs to open at 100% capacity, 11.30pm curfew has been removed
The First Quadrillionaire? Paypal Accidentally Gives Man $92 Quadrillion
Three month sentence of Garda for domestic violence is "appalling" says Women's Council
You may also like
1 week ago
Opinion: Despite what it looks like, this Budget is not for the young people of Ireland
1 week ago
Mum shares horrifying story of toddler filming her in the shower on Instagram Live
1 week ago
You can now bring your pup to a Dachshund Hotel in the UK
1 week ago
21-year-old mum says people don't believe twin daughters are hers
1 week ago
NASA astronaut captures incredible image of Dublin from space
1 week ago
Marian Heffernan: "There's always been so much talent coming through Ireland"
Next Page