Kym Marsh campaigns for stillborn babies to be given birth certificates

Kym lost her own baby boy 8 years ago, and her character on Coronation Street is currently facing the same heartbreak.

Coronation Street viewers will be aware that Kym Marsh's character Michelle is currently dealing with the aftermath of her baby being stillborn. The actress herself also lost a child 8 years ago and many have praised her for her powerful portrayal of this on the soap.

Kym lost a little boy named Archie in 2009 and has used her personal struggle to ensure the storyline is handled properly. 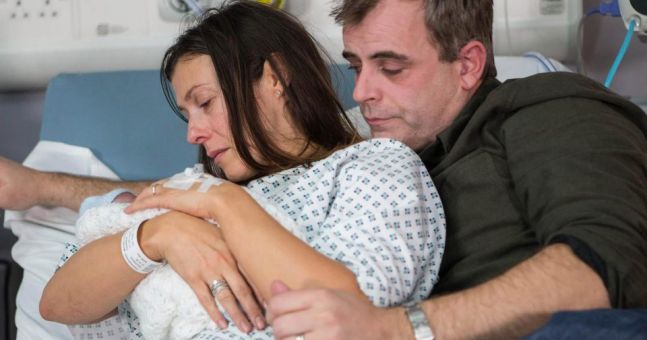 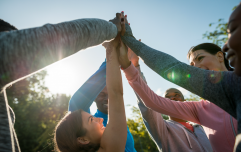 END_OF_DOCUMENT_TOKEN_TO_BE_REPLACED

In the next episode of the show, Michelle will find out that her son will not be issued a birth certificate.

Kym spoke out about how she is hoping that this storyline will raise awareness and encourage others to campaign for this to be changed.

She said that the term 'late miscarriage' bothered her.

''It really annoyed me and it angered me. I had just given birth to a baby. I didn't miscarry my baby, I gave birth to him, and why is there no birth certificate?'' She said.

"The clue is in the name, 'birth certificate'. So why? Because he didn't survive? Because he wasn't 'viable'? What is that? When I'm not here anymore, no-one will know that my baby existed. And that's the thing that upsets a lot of women, where you can't have a birth certificate.'' She told Digital Spy.

According to the Mirror, Kym is hoping this will help encourage a change in the law.

“The fact I didn’t get a birth certificate for Archie means that when I’m gone there’s no record of him.

“He won’t be on our family tree and yet I gave birth to him. We celebrate his birthday every year and let off balloons.

“My daughter Polly knows she had a brother yet there is no record of his birth.” She said.

popular
Davide Sanclimenti opens up on having kids with Ekin-Su Cülcüloğlu as he turns down Dancing On Ice
Angelina Jolie accuses ex-husband Brad Pitt of abuse
Rebekah Vardy asks Coleen Rooney to give legal fees to charity
It looks like Ireland could get a white Christmas this year
Molly Mae Hague fans are convinced she just accidentally revealed her baby's gender
WATCH: The trailer for Florence Pugh's new Irish film is here
Inbetweeners co-stars Joe Thomas and Hannah Tointon welcome their first child
You may also like
2 months ago
First Strictly 2022 contestants announced as show returns next month
2 years ago
Kym Marsh has landed a major new role after leaving Coronation Street
3 years ago
Coronation Street's Kym Marsh reveals that she has become a grandmother for the first time
3 years ago
Kym Marsh has announced an 'iconic' new role after leaving Coronation Street
3 years ago
Kym Marsh just posted the most heartbreaking tribute to her son, 10 years after his death
3 years ago
Kym Marsh gives advice to young mums as she appears in interview with pregnant daughter
Next Page