Longitude Love: Ten Days On The Search Is Still On #FindCollyHisPolly

A love story for the digital ages.

We all love the idea of two strangers meeting randomly somewhere, then going their separate ways before finding each other once more and living happily ever after.

Well that’s exactly what one Westmeath lad is hoping to achieve for his Monaghan friend this week as he wrote to us looking for help to find Colly’s Polly.

END_OF_DOCUMENT_TOKEN_TO_BE_REPLACED

Picture the scene: it’s Saturday night at Longitude, the crowd are gearing up for Alt-J and two people catch each other’s eye through the crowd.

Okay, maybe not that corny, but still.

“On the Saturday morning of Longitude, we were recovering from the night before and we began to look through the various small tents away from the mainstage," Daryl explained. 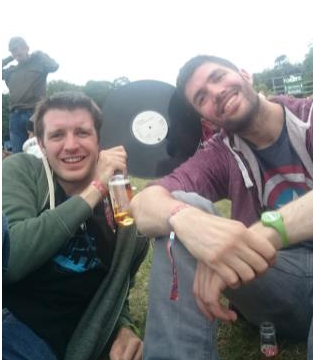 Colly on the right. 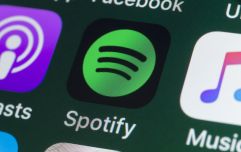 END_OF_DOCUMENT_TOKEN_TO_BE_REPLACED

"On the way we got some recovery juice at the Desperado bar and they gave us some light-up rings and bracelets.

“As we continued on our adventure we went to see Daphni in the Heineken Stage, armed with our new glow in the dark toys and we started to have a bit of banter with two of the security women.

“Love was in the air and Colly - the gent that he is - got down on one knee to propose to one of them, when out of nowhere, this flash of blonde hair swooped in, took the ring and accepted his proposal."

“He chatted to his new love for a while, and everyone was having a great old time until the two groups split up… And we realized no numbers had been exchanged. 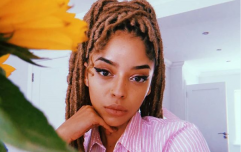 END_OF_DOCUMENT_TOKEN_TO_BE_REPLACED

“Cue devastation and ever since, we have been searching for this lady, including on Twitter with the hashtag #FindCollyHisPolly.

“Let’s hope with a little help we can reunite the two,” he added, before sending us pictures of Monaghan man Colly to help jog the lady’s memory.

Did you accept a whirlwind marriage proposal at @longitudefest with one our flashing rings? #FindCollyHisPolly pic.twitter.com/HfQobtx8d2

Does this sound like you or one of your friends? Drop us a line on hello@her.ie or tweet us @herdotie.

Hat tip to Daryl Kenny for sending this our way.

Girls With Goals || Her · Ep.161: Feeling Peachy - Sharon Keegan of Peachylean on being an absolute BOSS!
popular
Friends fans spot massive body double blunder in episode rewatch
Vicky Phelan "finally getting excited about coming home"
Love Island's Chloe Crowhurst injured in "serious car accident"
The DIY frozen coffee recipe that's so delicious you'll never pay for an iced latte again
TikTok star sentenced to 10 years in prison over "human trafficking"
Couple who can't agree on child’s name decide to each call her different things
"I was holding out for more the entire time": Why do so many of us go back to our exes?
You may also like
1 week ago
Westlife's Mark hopeful that "biggest gigs" of his life will go ahead this summer
1 week ago
Noel Gallagher calls Prince Harry a "f*****g woke snowflake" in interview
2 weeks ago
Sinead O'Connor takes back her plan to retire from music
2 weeks ago
Ellie Goulding shows her newborn son to the world in adorable video montage
2 weeks ago
Jesy Nelson accidentally posts new music online - and it's SO good
2 weeks ago
Sinéad O’Connor calls out "offensive and misogynistic" interview on BBC Radio
Next Page