A huge number of Irish viewers tuned into RTÉ on Sunday night to see what had become of drug mule Michaella McCollum.

Michaella, and an accomplice, Melissa Reid, were imprisoned in 2013 for six years and eight months after they admitted to attempting to smuggle cocaine worth €1.8 million from Peru to Spain.

On Thursday, Michaella was freed on parole after serving more than two years. 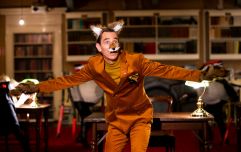 END_OF_DOCUMENT_TOKEN_TO_BE_REPLACED

She conducted her first interview since her release, broadcast on RTÉ on Sunday night, in which she claimed that going to Ibiza was an "overnight decision" and alluded to sectarian threats.

"Sometimes when I was faced with problems. I'd run away from my problems instead of actually facing them.

"I was living in an area that caused me a little bit of problems. I was told to leave the area as soon as possible or something would happen.

"I didn't have the money to pay a deposit for a new house ... to rent a new house. I was a little bit too proud to go back to my family's home. I literally had that moment that I would go to Ibiza.

"I'd go on vacation and leave my problems here ... it was an overnight decision. My family were highly against it."

However, the Herald has revealed that these claims are in direct conflict with an interview her mother gave in in 2014 for a documentary called Michaella, Peru and the Drugs Run, produced by the same production company as Sunday night's interview. 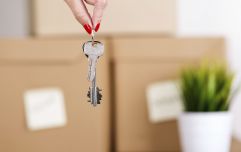 END_OF_DOCUMENT_TOKEN_TO_BE_REPLACED

In the 2014 interview, Michaella's mother revealed that the Ibiza trip had been planned since early 2013 despite the family's protestations, and never referred to any sectarian threats or danger posed to Michaella.

She said: "It was probably early last year (2013) she talked about going to Ibiza, to work during the holidays.

"But I wasn't really happy about it so I was hoping that she wouldn't, that it never came to that.

"So then she did decide to go, I wasn't happy with her going either. None of us wanted her to go."

Her claim of sectarian threat has also been challenged by politicians in her local area.

Councillor Wilbert Buchanan told The Herald that sectarianism was not an issue at the time McCollum decided to leave.

He said: "She's only a young girl. The Troubles were a long time ago. Things have well settled down. I wouldn't be aware of any sectarianism in recent years. It's a great place to live."

Councillor Walter Cuddy added: "The family have never been involved in any violence in Dungannon. To my knowledge she was not the type of person to be involved, unless something brewed-up."