A mum has told how she switches off the WiFi when her husband 'camps' in the bathroom to avoid helping with their newborn twins.

Taking to Reddit's Am I The Asshole? forum, the mum asked for advice on the situation with her partner.

The woman explained that their twins are less than a year old and anytime her partner should be doing something with the kids - whether it be changing a diaper, giving them a bottle or simply soothing the kids - he goes to the washroom first. 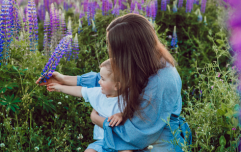 END_OF_DOCUMENT_TOKEN_TO_BE_REPLACED

"My husband is on medication that makes him spend a lot of time in the bathroom about an hour after a meal. It's a medication he has been on and off several times over the past year," she continued. "He is never on it for more than a few weeks, and it does not effect him all the time, but he always claims that is why he is in the bathroom."

She added that she had even asked the doctor who, while admitting it wouldn't be impossible, said it was highly unlikely - and wanted her husband to come in for a checkup if that was the case, to which he said 'oh, it's not THAT bad.'

"I would rather let him use the restroom first than have to put down a baby mid task, but over the past couple months he has been spending more and more time in there. He always takes his phone. He is always watching youtube. His average session is 25 minutes in there, often longer, rarely shorter," she said.

"It's the most frustrating when it comes time to feed them ( one of the twins needs to be held specifically for health reasons, so I can not double feed ) because we will get up, I will warm up bottles, change one baby bum, get the first one fed, burped, and laid down in their crib, get the other baby changed and be settling down to feed baby number two before he can be bothered to emerge and figure out why one child has been screaming because they had to watch their sibling eat one, and then the other when cry when they don't get to cuddle at all because I have to immediately set them down to feed the hysterically sobbing child," she wrote.

She explained that she had begun to keep track of his time in the washroom recently, and over the course of 10 days, there was only two days that he didn't "ditch" her to go to the bathroom and "let me finish 80 per cent of the childcare."

So, she decided to start a new rule.

"If he is in the bathroom for more than 10 minutes, I flip the wifi off. He has not spend more than 15 minutes in the bathroom at a stretch today, but is extremely upset," she wrote. "I feel like the fact that without the wifi his uncontrollable toilet issue cleared up rather quickly proves why it needs to be done, but he feels I am being unreasonable, and I need to make sure sleep deprivation isn't making me an asshole." END_OF_DOCUMENT_TOKEN_TO_BE_REPLACED

Many of the commenters sided with the mum, with some sending her messages of support while others urged her to talk about her feelings with her husband.

"He got busted hiding in the bathroom to avoid parenting. If turning off the wifi works, do it," one person said.

"You should have a talk with your husband about his habit. Given that you turning off the wifi somehow helped him improve his condition, you could logically assume that he’s perfectly fine in this regard. Talk to him about him helping out with parenting," another person said.

Girls With Goals || Her · Ep.161: Feeling Peachy - Sharon Keegan of Peachylean on being an absolute BOSS!
popular
Friends fans spot massive body double blunder in episode rewatch
The DIY frozen coffee recipe that's so delicious you'll never pay for an iced latte again
OnlyFans to move away from adult content in bid to reach $1B valuation
Celebrity conservatorships: What they mean, and who else has had one
The girls from One Tree Hill have started a rewatch podcast
Here's what happens on every day of your menstrual cycle (roughly)
So are we dating?... 10 signs it's time to define your relationship
You may also like
2 months ago
Retiring couple adopt seven siblings after parents pass away suddenly
1 year ago
The Queen is now sharing ideas for how to keep children occupied during lockdown
1 year ago
The Duchess of Cambridge has revealed Prince Louis' favourite song (and it's a classic)
1 year ago
Giovanna Fletcher reveals she is 'done with having any more children' – and here is why
1 year ago
"I'm not raising heartbreakers" - The beautiful message one boy mum has about raising sons
1 year ago
The internet is bursting with beautiful tributes to #girldads and it's all thanks to Kobe Bryant
Next Page