These neighbours embarrassed one man for shouting at his girlfriend

They sent him notes to tell him to cut it out.

When you hear your neighbours making a lot of noise or a couple having a particularly nasty row, it's hard to know what to do about it.

One neighbour decided to step in when they heard a man shouting at his girlfriend with a decent list of reasons as to why he should be sounder to his other half. 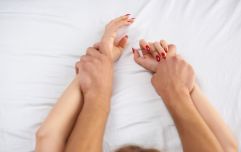 Did you dream about cheating on your partner? Here's what it means

END_OF_DOCUMENT_TOKEN_TO_BE_REPLACED

Posted to Imgur by l2ryan, one person intervened in telling the offending man to calm down in verbally abusing his other half and it's fast becoming viral.

The note, which the neighbour posted on the front door of the yelling boyfriend's house (so everyone in the neighbourhood could see) told the man to stop shouting at his girlfriend. The list included multiple reasons that read:

"To the guy on this floor who yells at his girlfriend:

Other neighbours showed solidarity with the list-poster as one person wrote 'like' and 'like x 2' to show they agreed with the notice.

Another concerned neighbour sent a note to the girlfriend telling her she was better than being treated that way. 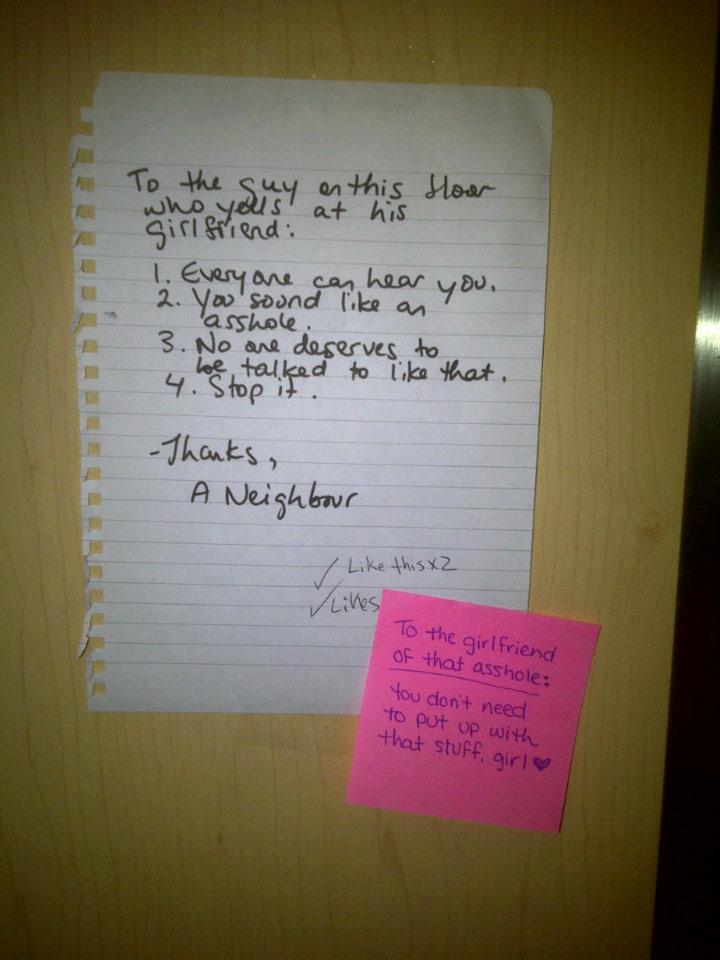 Let it be a reminder to us all that if you're concerned about a neighbour, step in and say something.

popular
Shawn Mendes (24) is reportedly dating Dr Jocelyne Miranda (50)
Paula MacSweeney praises healthcare workers after baby boy is hospitalised with RSV
Phoebe Bridgers says Christmas in Maynooth is like a "rom-com"
Lauren Graham shares who she thinks Rory's baby daddy is
3 simple tips to get your nails in shape ahead of Christmas
Brighten up your Christmas with these affordable festive lights, coming to Lidl next week
Why Are Men so Obsessed With Boobs? The Answer is Pretty Surprising...
You may also like
1 year ago
Dad charged with killing daughter's alleged sex-trafficker in US
3 years ago
Demi Lovato has a new boyfriend and the pictures are adorable
3 years ago
Seven out of ten men admit they steal their girlfriend's skincare products
3 years ago
First photos of Princess Beatrice and her boyfriend surface after all THAT drama
3 years ago
The 12 absolute #struggles of buying a Christmas present for your other half
4 years ago
There's a bit of drama surrounding Princess Beatrice's new boyfriend
Next Page