Blogger Belle Gibson has admitted that she faked having terminal cancer to launch a career.

Gibson shot to fame after she claimed that she beat terminal cancer by making changes to her lifestyle, launching a healthy living app entitled The Whole Pantry and cookbook off the back of the attention.

She had vowed to donate a portion of her income to cancer charities but in recent months, claims began to circulate that Gibson had failed to make the promised payments and had instead used the money to finance a rental car, beachfront home and cosmetic procedures. 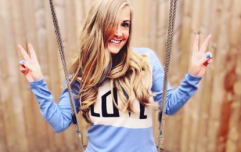 END_OF_DOCUMENT_TOKEN_TO_BE_REPLACED

Gibson has now admitted that her health claims were completely false, telling Australia Women's Weekly that she was never diagnosed with the terminal disease.

“No. None of it’s true,” she said. “I am still jumping between what I think I know and what is reality. I have lived it and I’m not really there yet.” 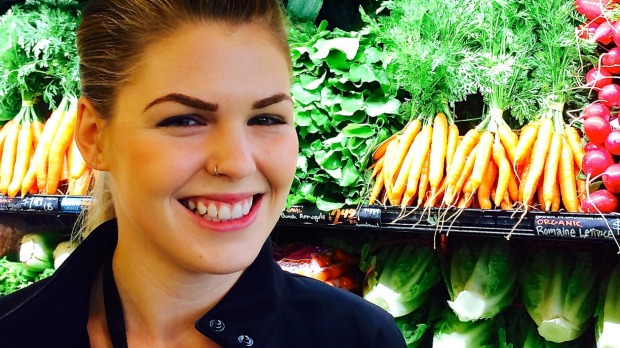 Despite admitting that her empire has been based on lies, Gibson has failed to provide an explanation for her actions, saying that her life has "just got so many complexities around it and within it, that it’s just easier to assume [I’m lying]”.

She also claimed to have had a difficult childhood, in which she was forced to "do grocery shopping, do the washing, arrange medical appointments and pick up my brother" from the age of five.

“If I don’t have an answer, then I will sort of theorise it myself and come up with one. I think that’s an easy thing to often revert to if you don’t know what the answer is.” 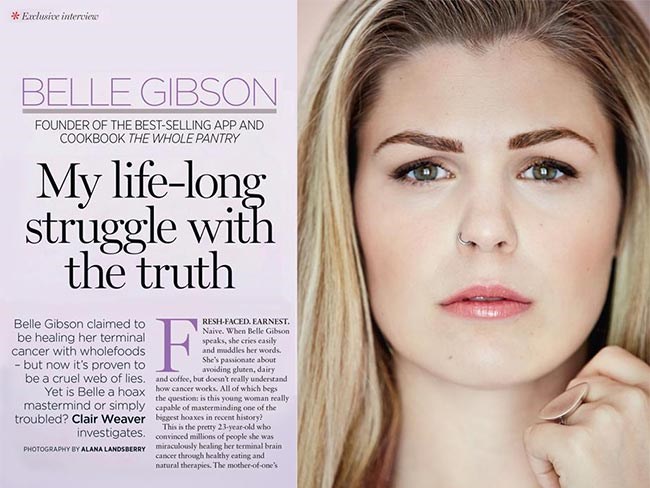 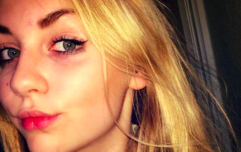 END_OF_DOCUMENT_TOKEN_TO_BE_REPLACED

She told the magazine that she has spoken out about her lies as it "was the responsible thing to do" and defended her efforts in encouraging her fans to live more healthily.

“In the last two years, I have worked every single day living and raising up an online community of people who supported each other... I understand the confusion and the suspicion, but I also know that people need to draw a line in the sand where they still treat someone with some level of respect or humility — and I have not been receiving that.”

“Above anything, I would like people to say, ‘Okay, she’s human. She’s obviously had a big life. She’s respectfully come to the table and said what she’s needed to say, and now it’s time for her to grow and heal'.’”

Penguin has now decided to halt publication of Gibson's book and her app, which was due to be included in the Apple watch, is no longer available in the App Store.

Girls With Goals || Her · Ep.160: The Beauty Of Coaching - Hayley Harrison joins us from Sport Ireland
popular
Amy Adams and Patrick Dempsey land in Ireland for Enchanted sequel
More footage of Tristan Thompson cheating on Khloe has emerged
Maternity care restrictions harming mental health of expectant mothers
Lorainne hit with Ofcom complaints after airing 'photoshopped' photo of Himalayas
Simon Coveney says international travel could return as early as July
Tristan Thompson threatens legal action over new cheating claims
Here's what happens on every day of your menstrual cycle (roughly)
You may also like
1 month ago
Ashley Cain moving to Singapore for daughter's life saving surgery
1 month ago
Parents both diagnosed with stage four cancer hopeful for baby son's future
1 month ago
Sarah Harding reveals her tumours have shrunk amid cancer battle
4 months ago
Mother-of-three with terminal cancer given all clear after new treatment
8 months ago
This family are looking for your help to save their superhero son from cancer
11 months ago
Andrew Scott has recorded a reading of a reassuring poem and it's sexy priest 1, Connell 0
Next Page