Norah Patten: "There’s so much camaraderie in STEM courses between women"

Dr Norah Patten is set to one day make history.

Determined to become the first Irish woman to ever get to space, the aeronautical engineer was just 11 years old when she visited NASA headquarters on a family holiday. It was there that she recalls her love for all things space flourishing. In fact, she remembers it like it was yesterday. 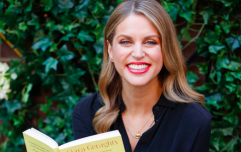 END_OF_DOCUMENT_TOKEN_TO_BE_REPLACED

“I grew up in Ballina in the 1990s, and there was no visibility for these kinds of careers," she tells Her. "When we went to Cleveland, we got to see the wind tunnels and how the ice formations would affect an aircraft’s flight, it was the first kind of exposure I had to space.

"It was one of those random things. You go on holiday with your family and you do all the tourists spots and then suddenly one of you is drawn in by something. I always tell parents to expose their kids to whatever you can, you never know what your child will find interest in."

Earlier this month, Norah joined some of the Co. Mayo diaspora for TG4's annual culture and craic special, Mayo Day. As a Ballina primary school student she discovered her love for space on a family holiday. As a secondary school student, she decided to take her passion into her own hands.

“I wrote a letter to NASA asking how I could come and work with them," she says. "This was just around the time that email was taking off, so they wrote back and sent me a pack - it was a physical letter, which is cool, I still have it - and they sent me a load of career choices of people in the space sector.

"I started doing my own research about what college courses astronauts had studied and I saw that engineering was a popular choice." 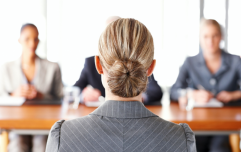 The recommended job interview question you would NEVER think of asking

END_OF_DOCUMENT_TOKEN_TO_BE_REPLACED

After completing her degree in Aeronautical Engineering in the University of Limerick and graduating from the International Space University, Norah achieved her doctorate in Aerodynamics in 2011. She worked as a lecturer in UL before joining the Irish Composites Centre in 2012 and co-founding The Only Way is Up initiative, a project that saw Ireland’s first student experiment sent to the International Space Station in 2014.

More recently, Norah has worked with research programme Project PoSSUM, an initiative promoting education into the upper atmosphere and its role in climate change.

Joining in 2017, she has already completed multiple programmes with the Florida based group, taking part in suborbital flight simulations, spacesuit testing, microgravity research flights, and more.

The programmes are full on, she says, but "they're great, they’re so enjoyable. For something like the microgravity flight, there’s a number of months before you do it, you’re preparing the entire time, doing your homework, so once you get to the end stage you’re ready for it.

"It’s brilliant because you get to sit in the aircraft and see what it’s like to float weightlessly - but you’re also a researcher too." 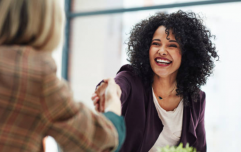 Too early or just on time? This is the best time to turn up to a job interview

END_OF_DOCUMENT_TOKEN_TO_BE_REPLACED

In 2019, Norah published her children's novel, Shooting for the Stars: My Journey to Become Ireland's First Astronaut. Since writing the book, and continuing to share her experiences online, she has received tonnes of messages from children in Ireland and beyond, many of them expressing an interest in space and wanting to some day to be just like her.

But despite the increased visibility of female leaders in space and the rising numbers of women in STEM over the past decade or so, Norah is adamant that there is still a long way to go.

"Look at how many astronauts there have been and only a small number of women have ever been out of the station," she says. "I do think there’s an issue at an education level, there’s a 2018 report that says that just 25% of people in Ireland working in STEM jobs are women.

"It’s grand saying 'oh there’s more visibility' but look at the amount of girls taking biology for Leaving Cert compared to physics. I don't think it’s going to be an easy fix, but it’s one that we can fix."

Where there is gender disparity there is also hope. Norah points to the increased accessibility of space-related initiatives in general, like Johnson & Johnson's WiSTEM2D (women in science programme), Ireland's Citizen Science programme, and the many courses available at the International Space University.

As well as this, this summer Belfast will play host to this year's EmTech Europe conference, featuring talks and speeches from some of Europe's top female tech leaders. Among them are Nicole Eagan, AI Officer for Darktrace, Nuritas founder and CEO Dr Nora Khaldi, and author Marga Hoek - a lineup only boasting further proof of women's continued success in STEM and beyond.

“I wish I was 20 years younger because there’s so much happening in space now," Norah says. "The participation in STEM is really increasing.

"Don’t let fear stop you from progressing. There are supports there and there’s so much camaraderie in STEM courses between women. Don’t be afraid if this is what you want to do."

You can catch up on TG4's Mayo Day programme online here until the beginning of June.

Girls With Goals || Her · Ep.161: Feeling Peachy - Sharon Keegan of Peachylean on being an absolute BOSS!
popular
Couple who can't agree on child’s name decide to each call her different things
Love Island featuring show's first contestant with a disability
Four day working week pilot scheme launched in Ireland today
This wedding hangover kit is going viral on TikTok
The DIY frozen coffee recipe that's so delicious you'll never pay for an iced latte again
Irish woman tragically drowns in the south of France
Palace source says THIS incident on the tour of Australia upset Meghan's staff
You may also like
2 weeks ago
Journalist has sex live on radio during swingers club feature
2 months ago
"It changed my relationship with beauty": Journalist Mary Cate Smith discusses her alopecia journey
2 months ago
Anne-Marie Tomchak: "The pandemic has put the ecological crisis and climate change on people’s radar"
3 months ago
RedHanded podcast: "We need more female voices talking about crimes that affect women"
3 months ago
WATCH: Meghan says "a lot has been lost already" in new Oprah teaser clip
1 year ago
Margot Robbie on why she wants Poison Ivy in the next Harley Quinn movie
Next Page