Men's Rights activist group Return Of Kings  have announced details of a global series of meetups due to take place on Saturday,February 6th.

The Frisky reports meetings will take place all over the globe and there's one Irish location listed, Naas in Co. Kildare. Members of the Men's Rights movement are supposed to meet outside the courthouse in the town and ask the secret question 'Do you know where I can find a pet shop?'. They will then join the other men to discuss 'men's rights issues'.

If you want to know how deplorable this group is, here are some quotes from real articles on the site. 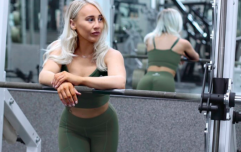 END_OF_DOCUMENT_TOKEN_TO_BE_REPLACED

On taking advantage of intoxicated women:

"Although remember, they are not responsible for their actions and if they drink alcohol that they legally buy at a bar, a place that exists as a location where single men and women can go to meet each other and grease the wheels for sexual interaction. This can now be equated to violently raping her if she is unhappy afterwards."

On rape and feminism:

Feminists don’t care about actual rape victims. But they do hate men enough that they want to use rape as a political weapon against them, even if it means encouraging high-risk behaviour among college-aged girls. In their eyes, one girl’s unpleasant night is worth it, to see a dastardly patriarch spend a decade in prison.

The meeting is for heterosexual men only, so keep an eye on Naas Courthouse Saturday night to identify some truly awful human beings.

popular
Hang on, Tasha and Coco know each other already?
Suzanne Jackson taking a "step back" from her business
Tonight's episode of Love Island will be extended due to "explosive" recoupling
Reports of image based sexual abuse involving 200 women investigated by Gardaí
One Tree Hill star Bevin Prince’s husband dies after being struck by lightning
WATCH: Gemma is left fuming in tonight's Love Island as Luca kisses another girl
Hang on, is Boris Johnson entering the Love Island villa tonight?
You may also like
3 months ago
Japanese schools ban ponytails for girls as it may sexually excite male students
3 months ago
Male podcaster says women don't have hobbies - and, no. Just no
3 months ago
Cameron Diaz on "heavy" misogyny in the film industry and downsides of fame
4 months ago
Sydney Sweeney calls out "double standard" when it comes to women filming nude scenes
9 months ago
It seems Dominic Raab doesn't know the definition of 'misogyny'
10 months ago
Handball chiefs urged to resign over 'blatant sexism' of bikini bottoms rule
Next Page