'Our kids need to be protected': Gay parents being left out of new family law

Ranae von Meding hasn't got a minute to spare.

END_OF_DOCUMENT_TOKEN_TO_BE_REPLACED

Along with her wife Audrey Rooney, she's mum to five-month-old Arya and two-year-old Ava.

She's also currently fighting for her family to be treated like everyone else.

After four long years, new legislation establishing parental rights for same-sex mums and dads is finally set to be introduced in 2019 - but as it stands many will be left out, she tells us.

The couple conceived their daughters using reciprocal IVF, meaning Audrey's eggs were used and that Ranae carried them.

To Ava and Arya, Ranae is 'Mama' and Audrey 'MomMom' or 'Mom' - but under Irish law, only Ranae is their parent because she gave birth to them.

Though Audrey is their biological mother, she has no legal connection to her daughters.

Ranae worries about what would happen to her girls if she were no longer around.

"Legally they only have one parent, so if something were to happen to me, they would technically be orphaned," she says.

"There’s nothing to say Audrey would automatically would be granted custody."

As it is, the upcoming legislation won't change that. The new law doesn't apply to same-sex couples who conceived abroad, like Audrey and Ranae, or those who use reciprocal IVF. 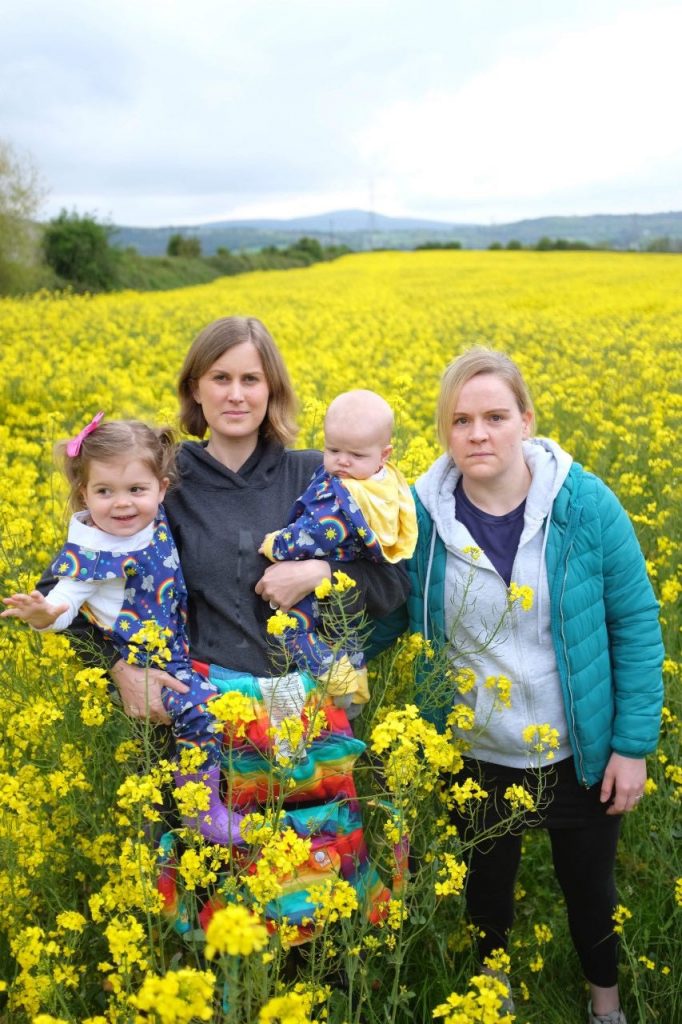 Ranae and Audrey with their daughters Ava and Arya.
Advertisement

Only lesbian couples who get pregnant with a clinic in Ireland using a known donor will be extended parental rights.

Couples who do at-home insemination, those with anonymous donors or an egg donor they know personally and all gay dads are also excluded.

"Children of the gay community are extra vulnerable."

Ranae and Audrey only learned that they wouldn't both be legal parents shortly before they welcomed their first child, Ava.

Ranae is now campaigning for a more inclusive law not for herself or Audrey, she continues, but for their children.

"We’re not asking for more or less than any other family, just the same.

"It’s so frustrating because children are the most vulnerable members of society and children of the gay community, an already marginalised community, are extra vulnerable.

"They need to be protected and at the moment they’re not protected."

While the lack of legislation hasn't caused them major issues "because thankfully I've always been available, and capable to sign anything that needs to be signed" Ranae says, it has made things difficult. 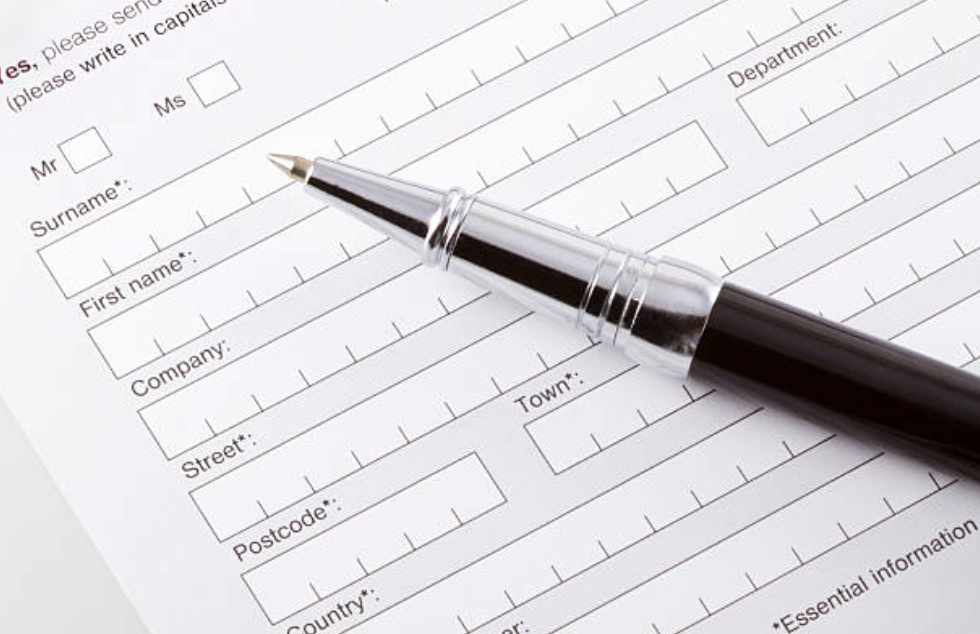 "With regards to [their] passports, I was forced to sign an affidavit that says that I am a single parent and that the kids have no other parent - and the guards and the government are fully aware that you're signing an affidavit that is not true.

"But that's the only way to get a passport for a child of same sex-parents."

Such problems crop up regularly for gay couples as currently only a woman who gives birth is recognised as a parent, says Paula Fagan of LGBT Ireland.

Parents can apply for guardianship, but only after the child turns two.

Not having a legal connection to their child means parents can't give medical consent or can face issues with citizenship if one of the parents is from outside Ireland.

It's also a moral dilemma for many, Paula adds.

"People don’t like signing a legal document saying something that is untruthful, but the system is forcing them to lie, effectively.

"That is very controversial, it’s very hurtful. What a lot of families are doing is refusing to do that, which means they can’t travel."

In a statement to Her the Department of Foreign Affairs explained that its hands are tied by the current law.

In cases where a child legally only has one guardian, the Department said, that person must complete a Sole Guardian Affidavit to confirm that no-one else has guardianship in order to meet the guardian consent requirements for the passport to be issued.

Raising awareness around this has been tricky as many people, Ranae says, mistakenly believe that because Ireland now has marriage equality, gay families have equal rights.

Others, including even some in the LGBT community, are aware of the issue "but they have heard there’s a law coming in that they think will fix everything, which it’s absolutely not going to.

"[The upcoming legislation] was reported as an amazing step forward for gay parents but that’s not the whole story."

Not long after giving birth, Ranae threw herself into fighting to have the new law broadened before it's introduced.

She's using her family as an example in the hope of garnering support.

It's meant that she, her wife and daughters have been on the receiving end of upsetting homophobic abuse online. 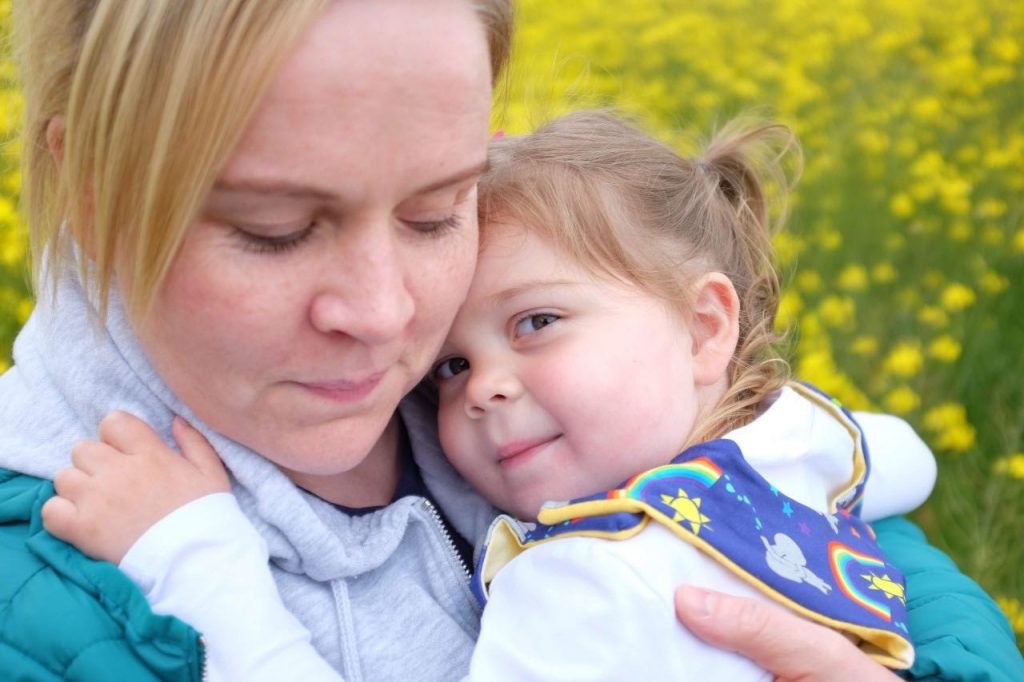 Audrey and her daughter Ava.

"I just don’t read comments," she says of how she deals with it.

"There’s no point. I don’t need to engage in a debate about whether my family is valid or not, we’re just looking to get the recognition that we deserve.

"I know that there will be people who will direct a lot of hatred our way but I also don’t think there’s another way to get this fixed other than to go public and show that we’re just like everyone else."

The government, Ranae says, has been made aware of hers and other LGBT families' concerns "countless times" but has so far been "wilfully ignorant" about them.

Next on the agenda is a meeting with Social Protection Minister Regina Doherty.

"I don’t think that’s going to change anything, she’s well aware of the situation," Ranae admits, "but it's about sitting down with someone who has had a hand in all of this and asking specific questions and trying and get some answers."

Still, Ranae says that she and many others are overall feeling positive about the future.

"I think it’s getting there. The more you keep talking about something, sooner or later people are going to have to listen.

Ranae has started an online petition calling for equal rights for all same-sex parents. You can read more about what she and Audrey are fighting for and sign the petition here. You can follow Ranae's campaign on her Facebook page.

Girls With Goals || Her · Ep.161: Feeling Peachy - Sharon Keegan of Peachylean on being an absolute BOSS!
popular
5 best road trips to do in Ireland this summer
The DIY frozen coffee recipe that's so delicious you'll never pay for an iced latte again
Women's anger after being told to leave Wetherspoons for wearing "inappropriate" tops
FM104 apologise for "making light" of voicemail from 4-year-old boy with additional needs
Fashion brand Shein accused of trademark infringement
No, you really shouldn't be "dry scooping" your pre-workout powder
Chrissy Teigen makes second public apology for "awful" cyberbullying
You may also like
1 week ago
Sophie Turner very subtly comes out as... not straight
1 month ago
Queen announces plans to ban conversion therapy in the UK
2 months ago
Love Island officially accepting applications for gay contestants
3 months ago
Only half of young people say they are exclusively attracted to the opposite sex
5 months ago
Hungary passes law banning same-sex couples from adopting children
11 months ago
LGBTQ+ discrimination banned in the workplace, US Supreme Court rules
Next Page