PREVIEW: All Eyes Are On Croke Park This Sunday For Camogie All-Ireland Finals

All roads lead to Croke Park this weekend for the Liberty Insurance All-Ireland camogie finals.

In the senior final, Cork will kick off the defence of their All-Ireland crown when they go head-to-head with Galway at 4pm, in the third of a mouth-watering triple header at GAA headquarters. 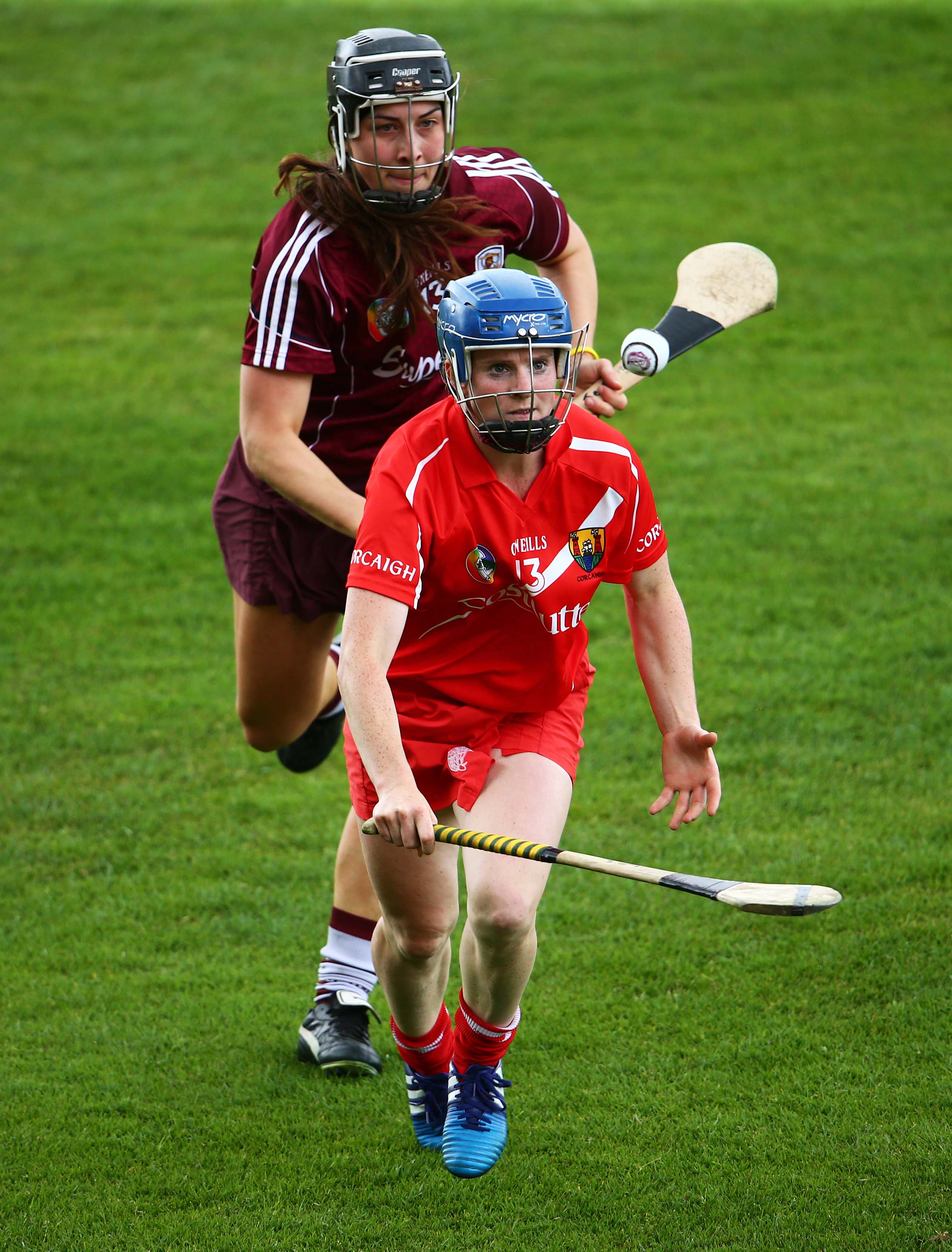 Briege Corkery in action for Cork.

END_OF_DOCUMENT_TOKEN_TO_BE_REPLACED

Cork will be hoping third time’s the charm against the Tribeswomen, who have already defeated them twice this year, and will be looking to stalwarts such as Briege Corkery, Orla Cotter and Ashling Thompson to lead the way.

"I’m so excited it’s a massive opportunity for us again to get back to Croke Park," Thompson told Her.ie. 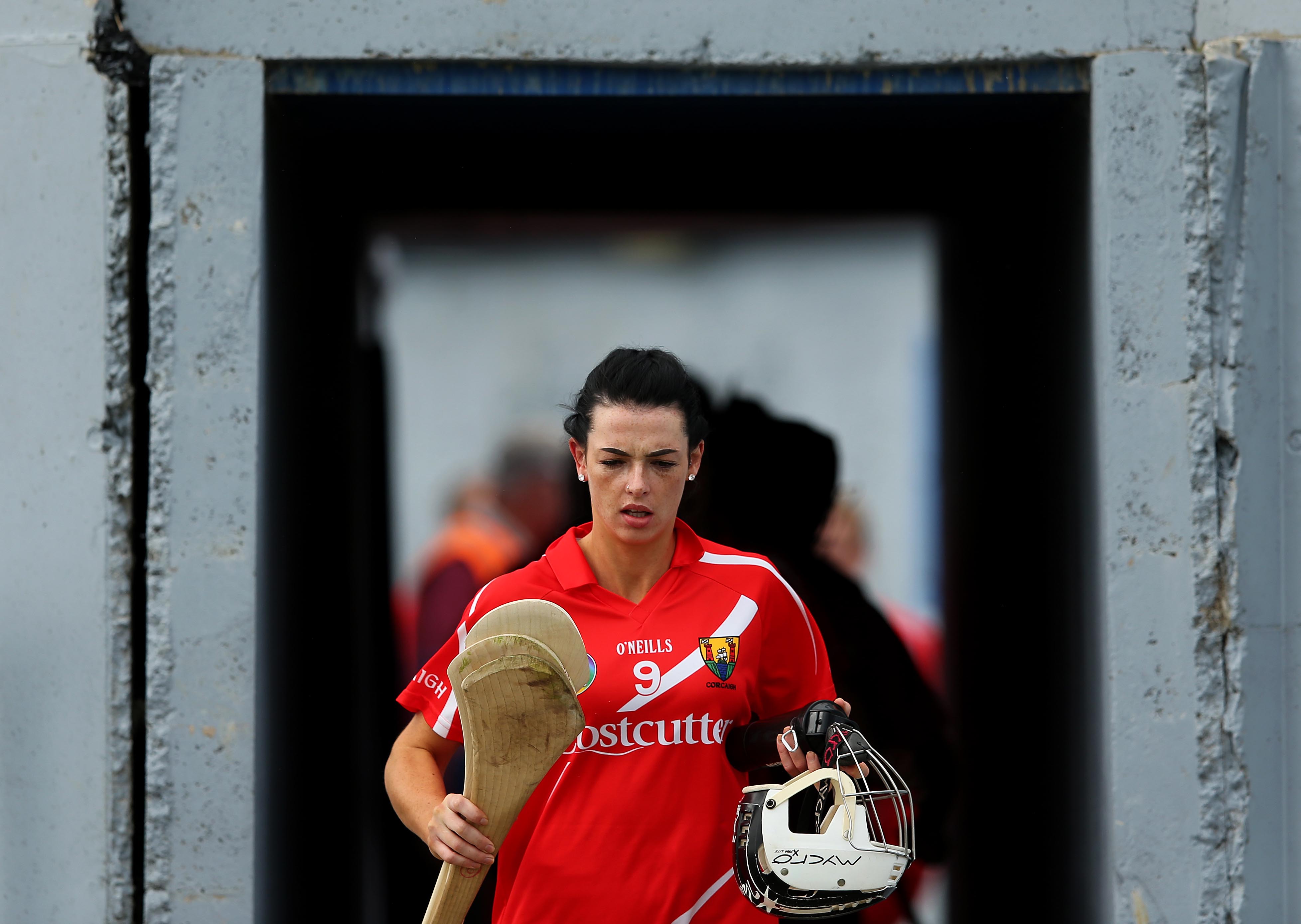 "We’re honoured to make it to the final - it’s what you set out to do from your first training session. I never doubted our team, everyone else did, especially going in against Kilkenny but we proved them wrong," she continued.

"We had no fear in that game. We went down by seven points after 10 minutes but we never gave up. The burst always comes - we’re patient." 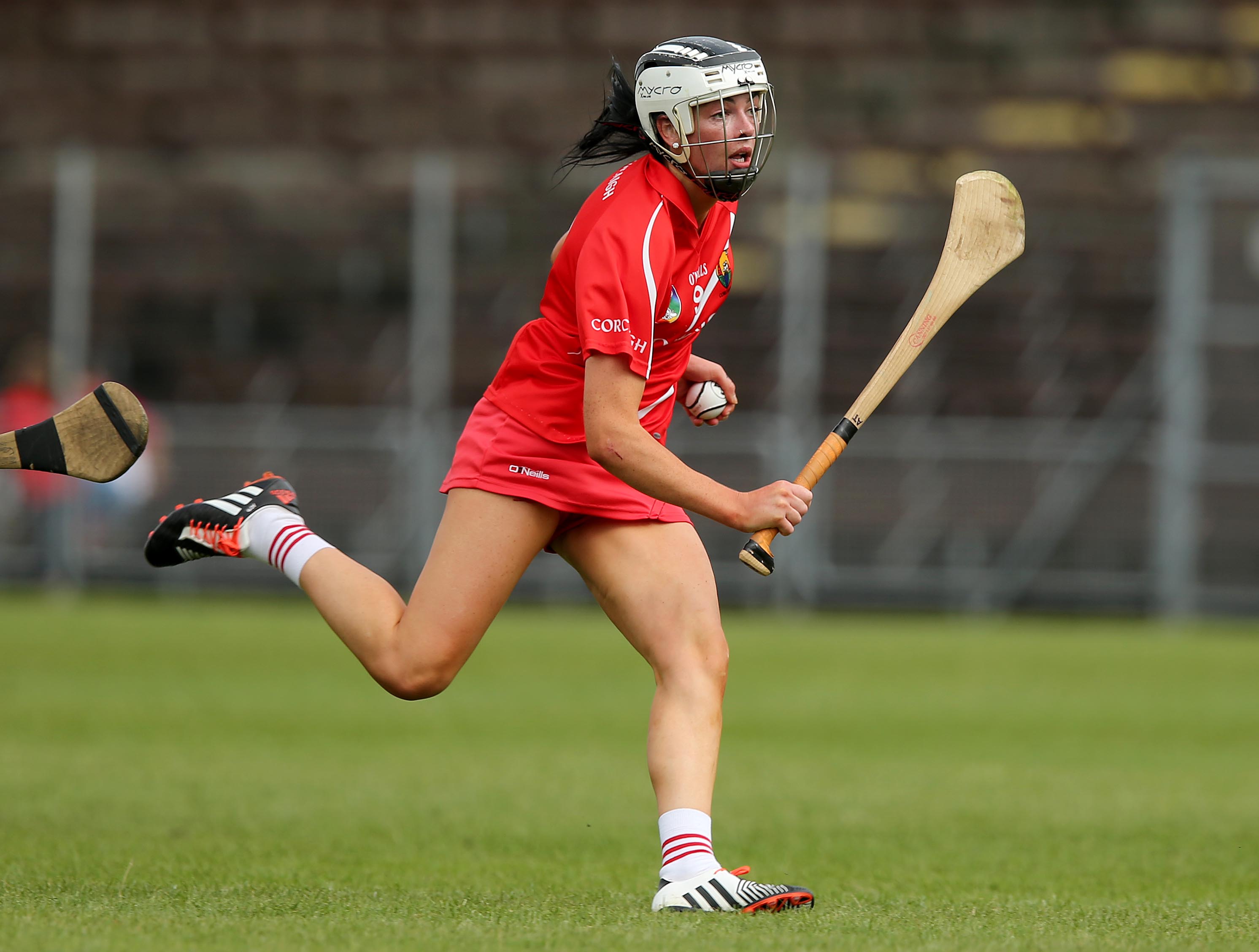 END_OF_DOCUMENT_TOKEN_TO_BE_REPLACED

"We’re getting in to form now, so we’re confident – not cocky – but confident. It’s their All-Ireland to lose, they’ve beaten us twice already this year, so I think the pressure is on them not us." 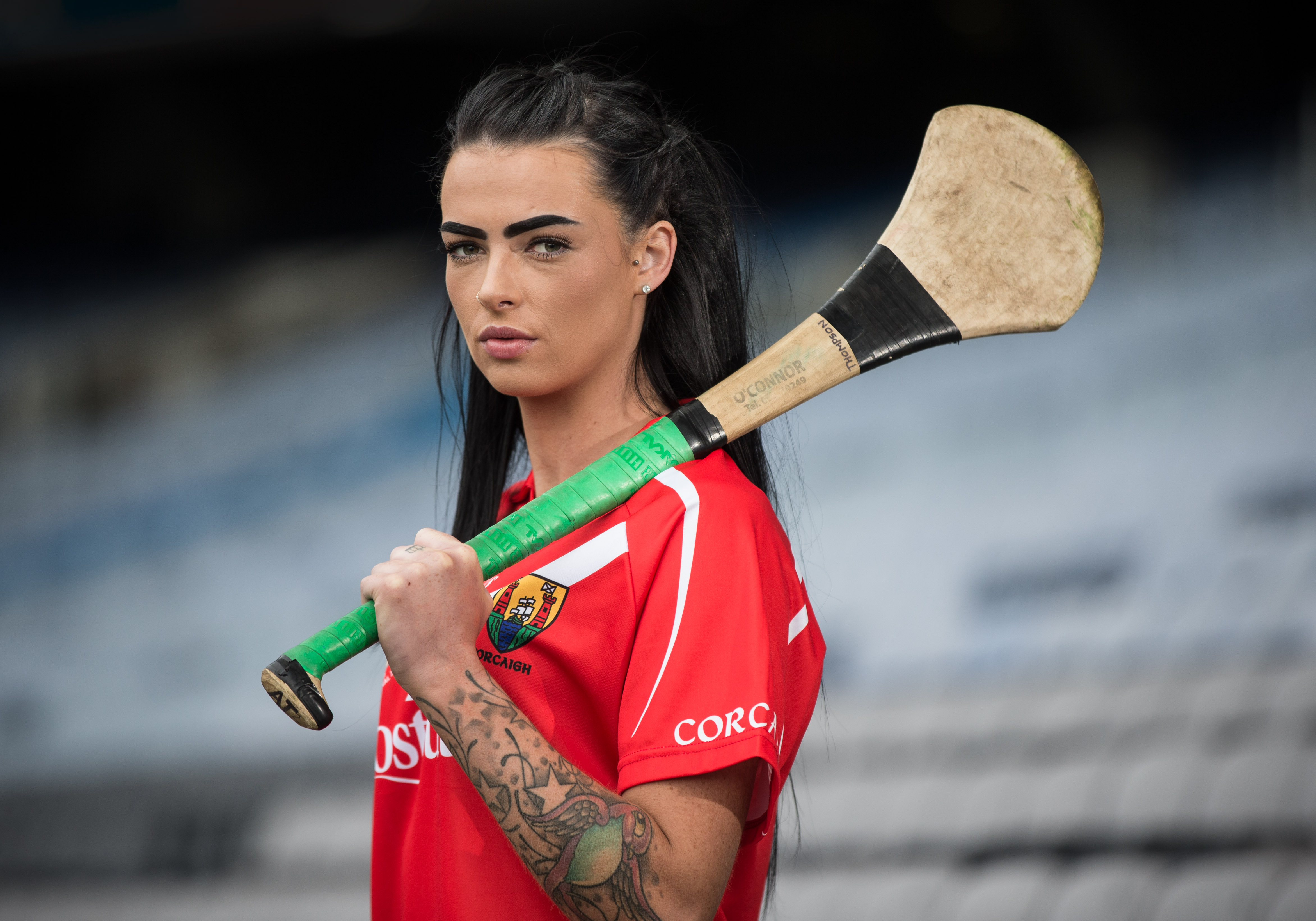 Galway meanwhile are back in Croke Park for the first time since 2013 and will be hoping to maintain their unbeaten run in this year’s championship when they face Cork once more.

They will be looking to Niamh McGrath, Niamh Kilkenny and Shauna Healy for big performances on the day.

Galway's Niamh Kilkenny told Her.ie that she is also looking forward to the day. 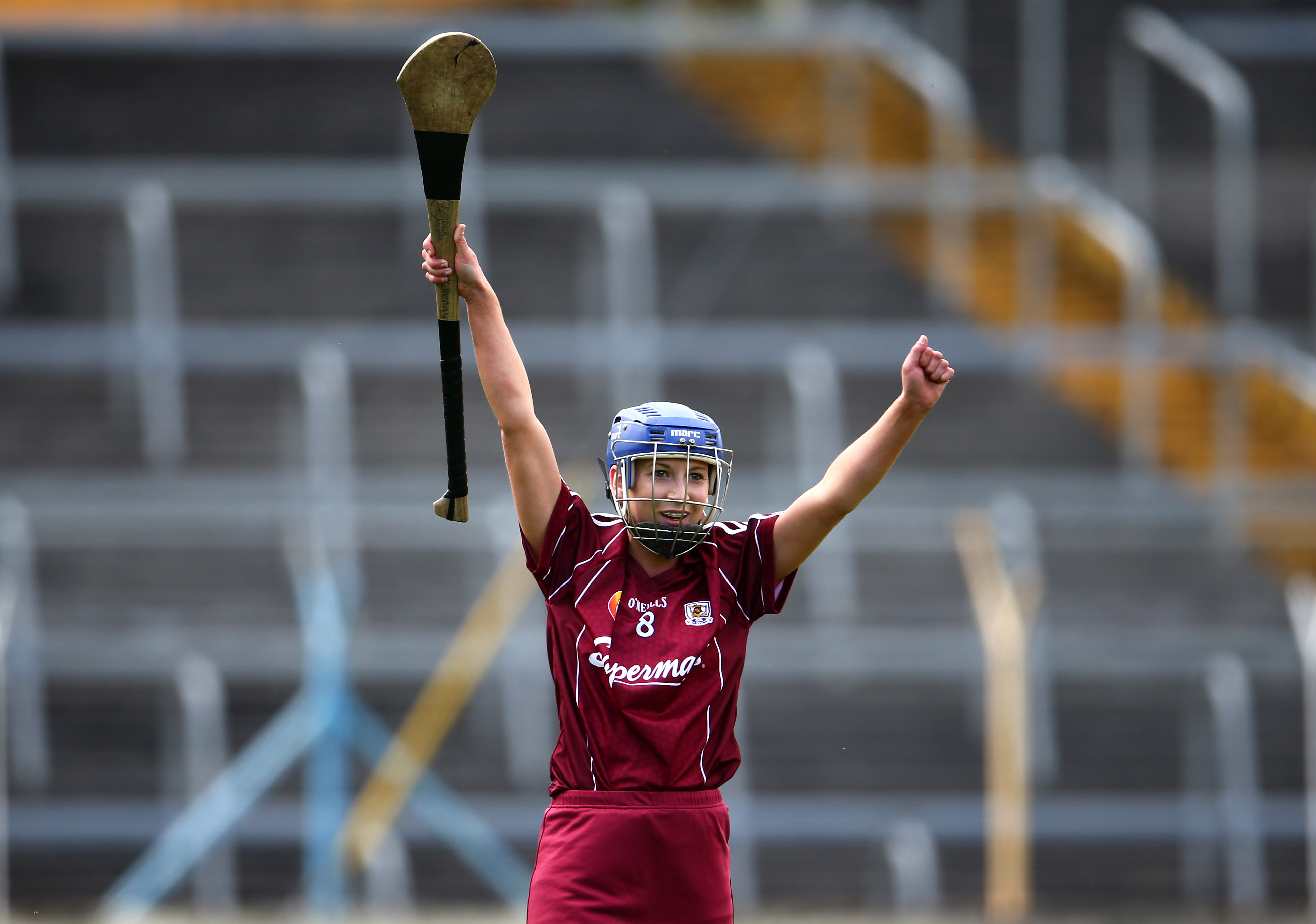 "We had a tough competitive game against Wexford in the semi-final, and hopefully that’s a game that will stand to us," she said.

"The feeling of relief when that point went over the bar in the semi. We were delighted! It was typical Wexford, they have a never say die attitude.

"We were five points up but they kept coming at us and it was a very tough game. Now, we’re looking forward to All-Ireland final day." 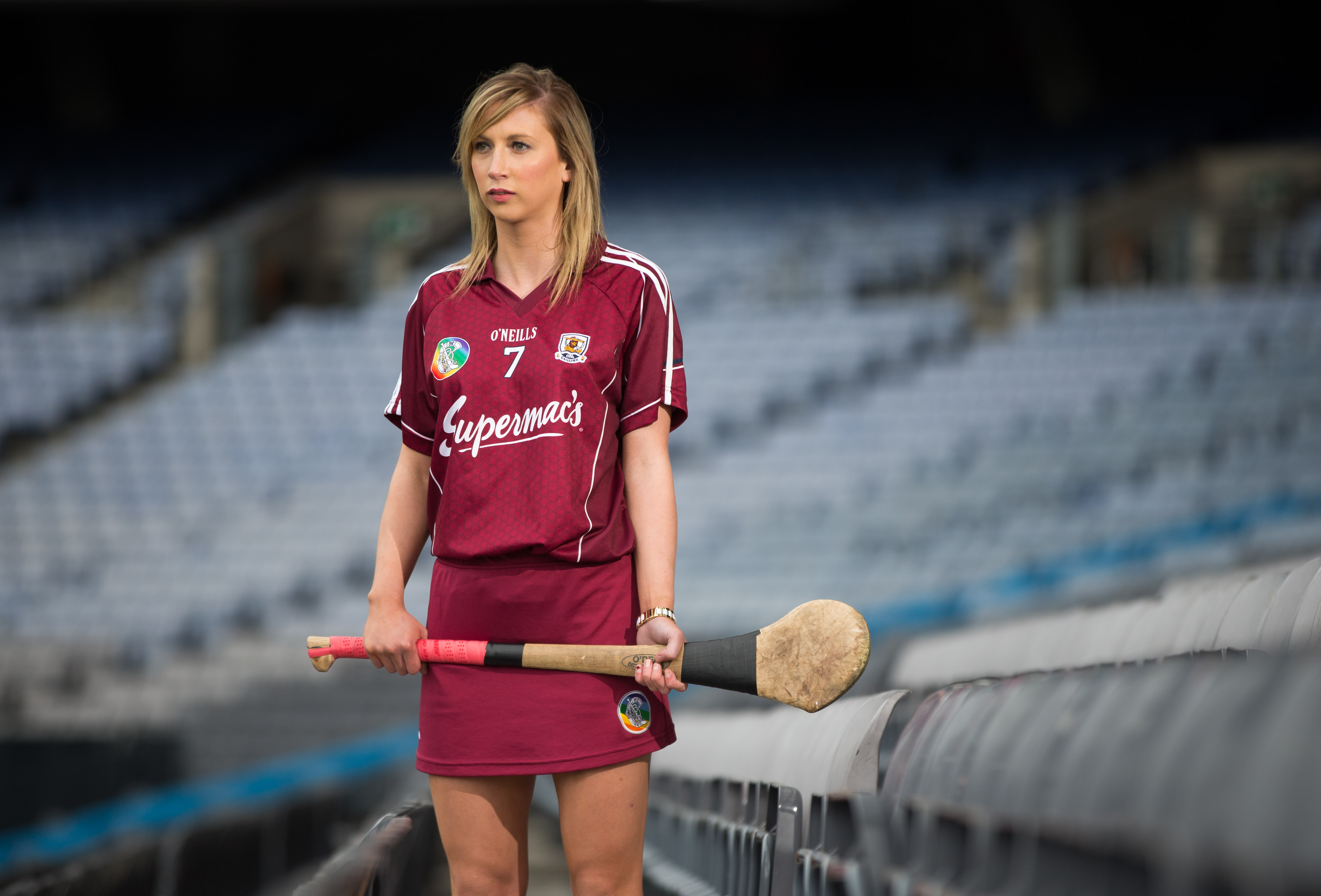 "This is our third time to meet Cork this year and they will have great motivation as we’ve beaten them twice," she reflected.

"We’ve developed a great rivalry with Cork over the last number of years, they’re All-Ireland champions, they’re the team to beat at the moment and we can't wait for the final.

"It’s great to be back in Croke Park. Your main aim at the start of the year is to get here – to be running out onto Croke Park in the maroon and white jersey is a dream and to be living it now is pretty amazing," she finished. 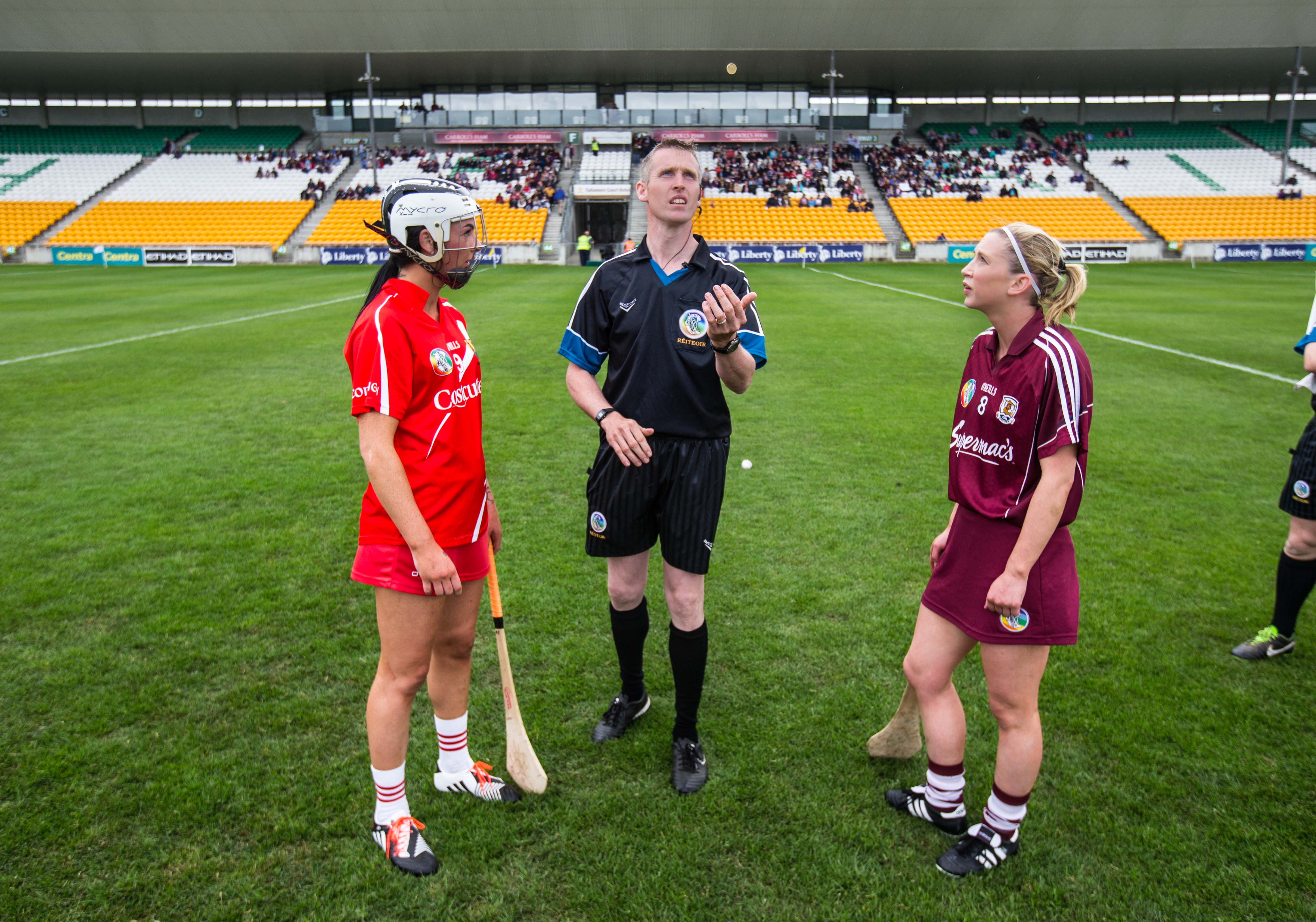 Niamh Kilkenny of Galway and Ashling Thompson of Cork

Meanwhile, it will be the turn of Waterford and Kildare in the intermediate final at 2pm. Waterford have been there or thereabouts for a number of years, and will relish their moment in the sun at Croke Park.

The Deise women will be looking to Trish Jackman for inspiration and have a fantastic blend of youth and experience on the day.

Speaking to Her.ie, Waterford's Caitriona McGlone was all set for the big day. 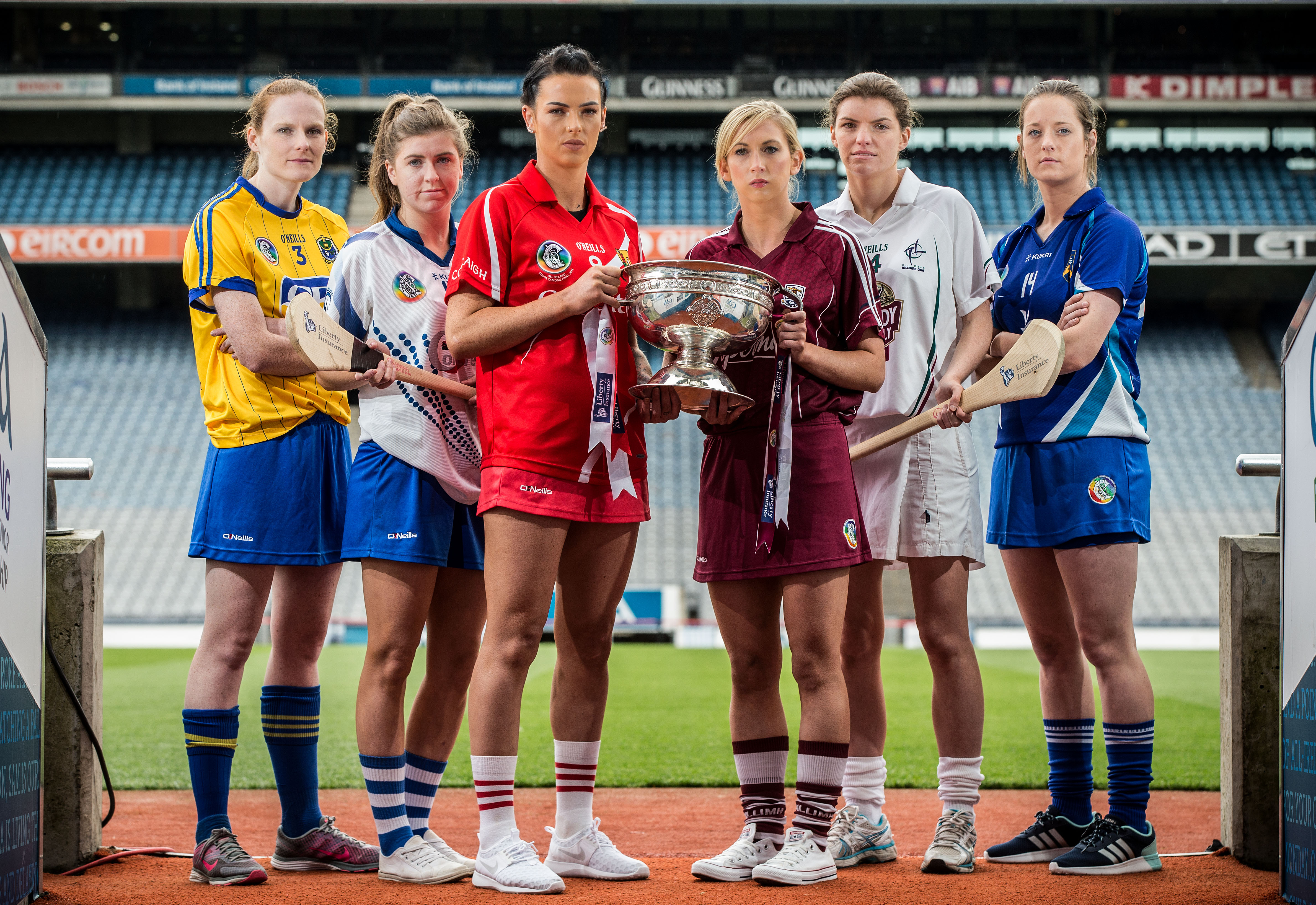 The captains are ready.

"We’re feeling great, the mood in the camp is great and training has been going well," she said.

"Meath threw everything at us in the semi-final, they really put it up to us, and now we’re really looking forward to the Kildare game.

"It’s great, a lot of young girls dream of coming up to Croke Park and playing, especially with the blue and white jersey on. We’ve been unbeaten this year, hopefully we can keep it going and we’re 60 minutes away from the chance of an All-Ireland trophy." 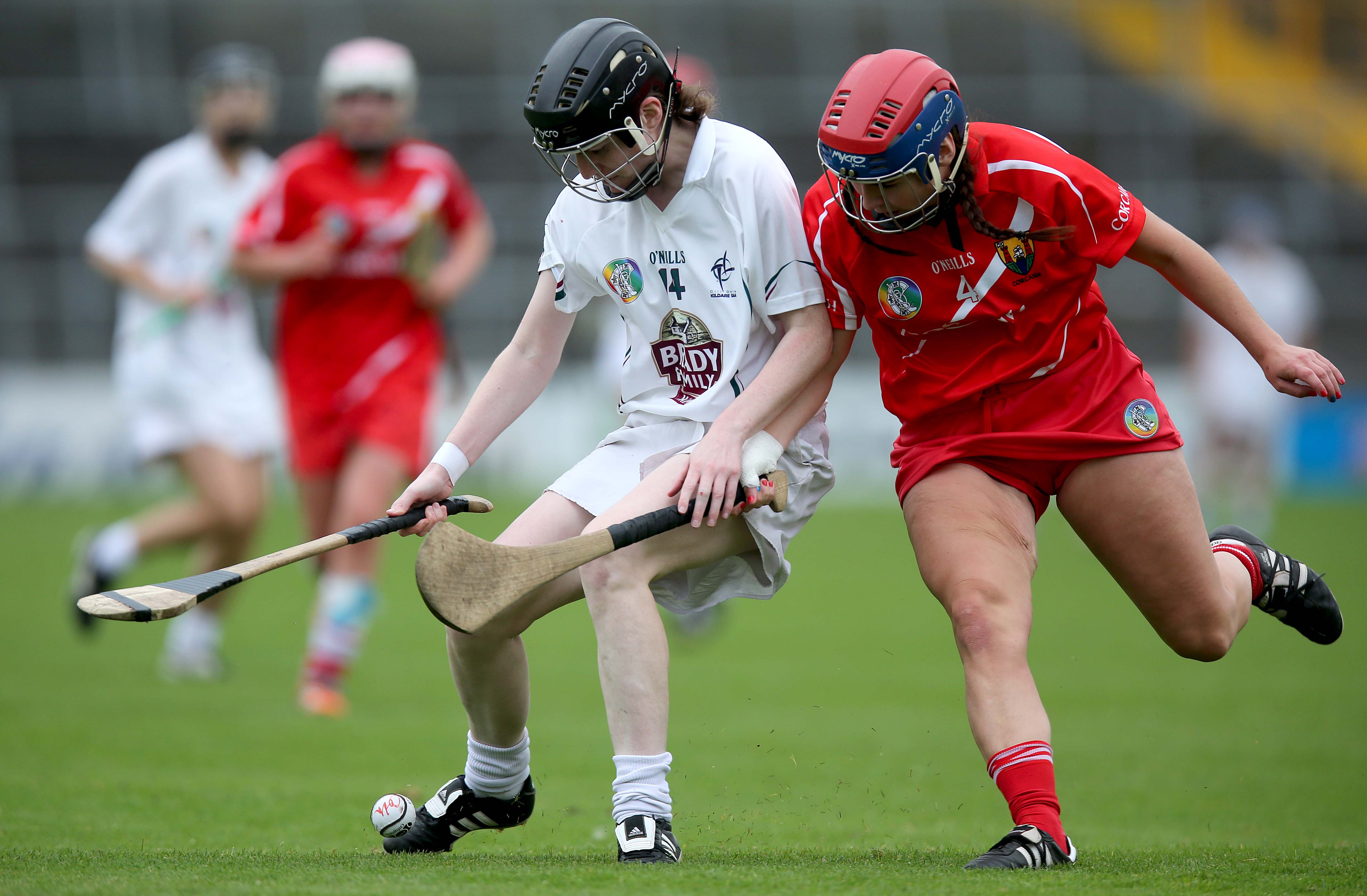 Meanwhile, Kildare are in their second intermediate campaign and will be hoping to advance to senior camogie. They lost out to Waterford earlier this year in both the group and Division 2 semi-final stages.

However, they put in a fantastic performance against Cork in the semi-final and will be hoping to build on that this weekend.

"It’s great to be back in Croke Park. Hopefully the county will get behind us, the ladies footballer are in Croke Park too so there should be a good atmosphere."

Meanwhile, in the first game of the day, the All-Ireland Premier Junior final will get underway at 12 noon and will see Roscommon and Laois do battle for glory. 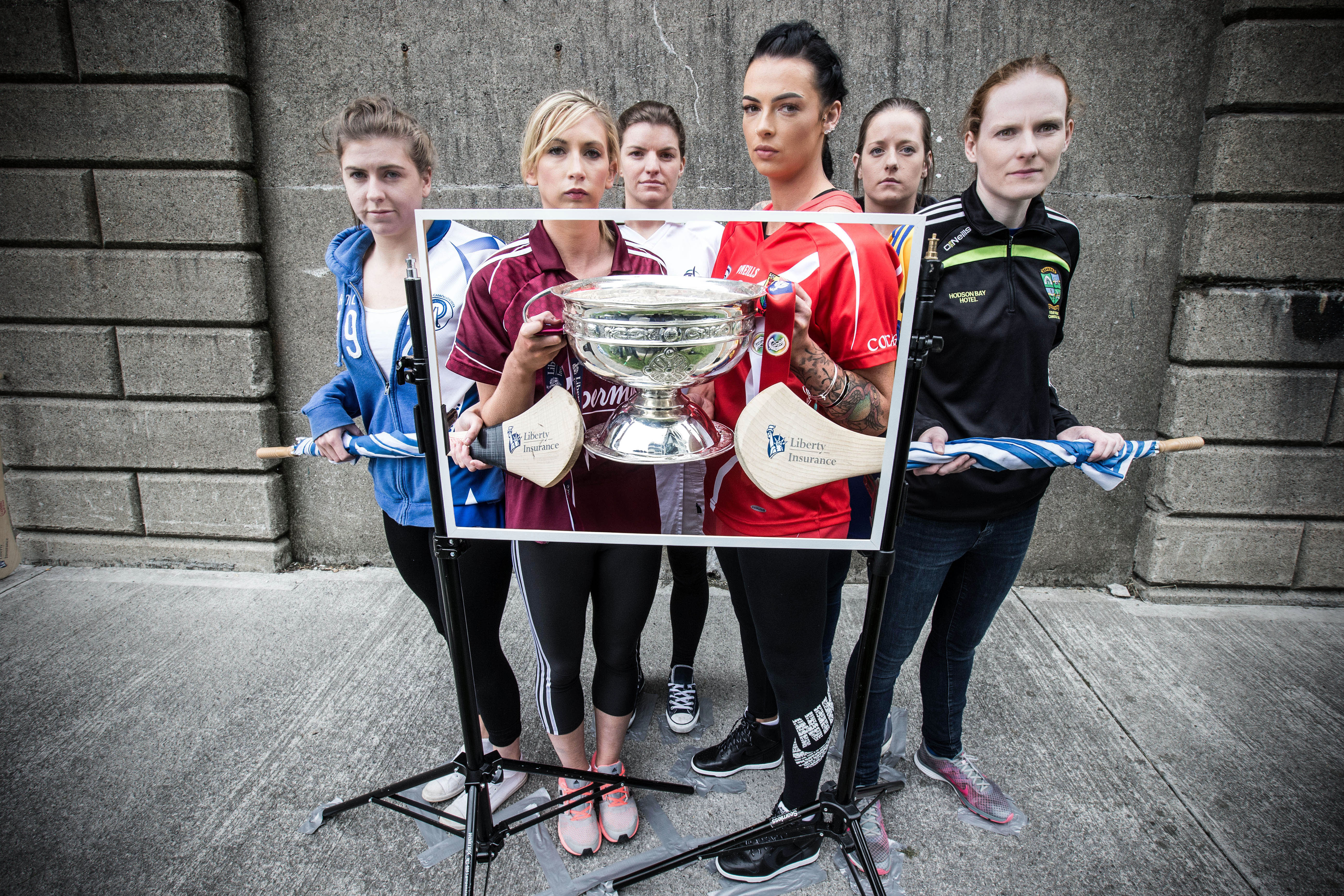 There are going to be three big games on Sunday.

Laois will be hoping this year is their year having previously lost out to Kildare (2013) and Down (2014) at this stage of the competition. Key players for them will be Louise Mahony, Niamh Dollard and Eimear Delaney.

"We can’t wait, we’ve waited for this all year," Niamh Dollard told Her.ie. "Our aim was to get to Croke Park on September 13th and now we’re here so we can’t wait.

"We hope to go one step further, we’ve had the experience of being here and we know Roscommon will put up a good game for us but we're ready.

Meanwhile, Roscommon are coming to Croke Park in search of their county’s first title and will be hoping for big performances from Kelly Hopkins and Niamh Farrell on the day.

Siobhan Coyle told Her.ie they were also looking forward to it but that "it's a little bit surreal."

"We’re working hard now," she added. "And we're not going to let the occasion get to us, and see what happens on the day."

popular
Late Late Show viewers are not happy with Ryan's questions for Billy Connolly
10 items from Zara for the perfect autumn capsule wardrobe
Apparantly, there is one colour you should never wear at a job interview
Friends actor James Michael Tyler has died, aged 59
The viral photo that can help women detect early signs of breast cancer
5 fabulous things to do in Ireland tomorrow for the Bank Holiday Monday
Former detective chief says Brian Laundrie discovery is "strange"
You may also like
1 week ago
Olympian and world champion runner Agnes Jebet Tirop found dead in home
1 month ago
Katie Taylor reigns supreme after defending lightweight title at Leeds
1 month ago
Ellen Keane wins gold in 100m breaststroke at Paralympics
2 months ago
Women's Afghan football team evacuated safely from Kabul
2 months ago
Handball chiefs urged to resign over 'blatant sexism' of bikini bottoms rule
2 months ago
Kellie Harrington proposed for Dublin's Freedom of the City after phenomenal win
Next Page