Real Life: How my appeal to help lone mums this Christmas showed me that Ireland is full of heartbreak - and kindness too

Christmas is an especially difficult time of year for lone parent families living in poverty. Many rely on charities to provide Santa gifts and come Christmas morning there is often no present under the tree for them.

Lone parent families make up a quarter of families in Ireland, but are particularly at risk of poverty and deprivation, with those headed by women being especially affected. According to Focus Ireland, 58 percent of homeless families are lone parent families.

END_OF_DOCUMENT_TOKEN_TO_BE_REPLACED

I decided to donate two handmade gifts from my shop to lone mums and Tweeted about it a few nights ago. Little did I know that the response would be so huge that it would bring new people into my life, highlight a number of important issues, and demonstrate the incredible beauty of generous Irish people.

I know from experience that sometimes lone mothers who don't have any family won't get any presents at Christmas & that this can be a bit sad & depressing.
I'd like to gift two lone mums in this situation things from my shop so they'll have something to open on Xmas day.

Within minutes I had been contacted by lone parents and friends of lone parents asking if I could send them gifts. I wouldn't be able to bring myself refuse anyone, and I wondered if I'd bitten off more than I could chew. Then, I started to get messages and comments from people asking if they could pay for a gift for a lone mum. 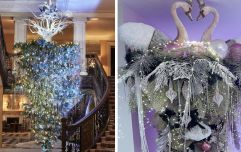 END_OF_DOCUMENT_TOKEN_TO_BE_REPLACED

I set up a PayPal link and shared it, and by the end of the next day I had 30 mums on my list - all women who were facing a Christmas with not one gift for themselves.

The generosity and kindness of (mostly) Irish people was overwhelming. I had enough to cover the cost of a few extra gifts, so late that night I posted in one of the lone parent groups I'm in. The next morning I woke to 20 more messages. At this point I got a bit panicky; I didn't mind if I had to use all my stock as gifts but I was worried about whether I could cover the cost of postage as some of the gifts were going to the US, Australia and mainland Europe. The good folk of Irish Twitter came to the rescue again – at the time of writing, about 90 percent of the costs are funded. 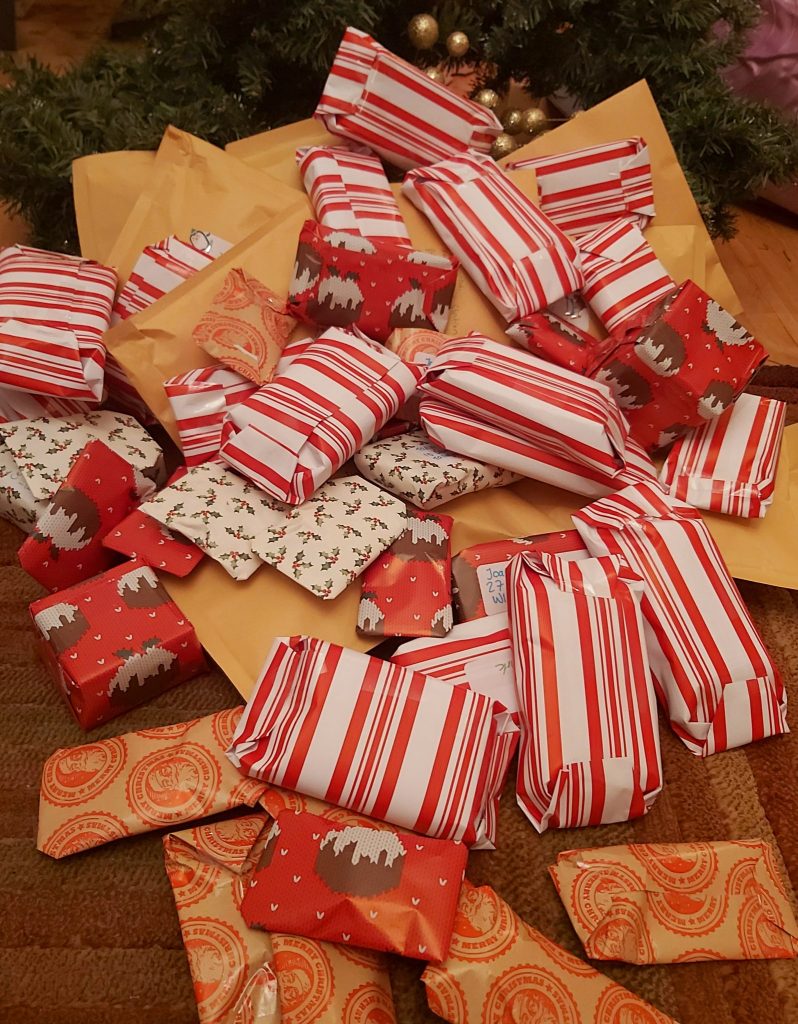 The stories that were coming in were breaking my heart. So many of the women who contacted me did so by prefacing their message with how other women were likely more deserving and not to feel obliged to them, and then they would go on to tell me the most horrific stories. 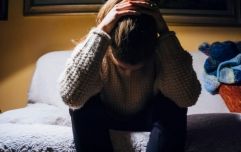 END_OF_DOCUMENT_TOKEN_TO_BE_REPLACED

Ugly divorces, the death of a child, accidents that left them with a life long disability, unpaid caring duties, multiple children with high needs or a child with a terminal illness, domestic abuse, court cases, extreme poverty, family abuse – I heard so many stories.

That these women felt they needed to justify themselves by sharing their situation made me feel desperately sad. That they were living lives of such difficulty and trauma and they still felt that "maybe someone has it worse than me" was indicative of their selflessness, humility and humanity.

One woman's message about her life situation was heart-rending, but it was her final words that broke me: "I would love something to give my mam from us."

The lone parent who hasn't had a present at Christmas for years who just messaged me to ask if I would send her something so she can give her mother a present for Christmas ???

As well as my inbox being full of messages from women nominating themselves or other women, I also recieved messages from people offering gift cards, tickets, artwork and handmade cosmetics. The Strand Pharmacy in Dublin contacted me and offered to send a few gifts as well.

One woman contacted me to offer to help wrap the gifts. I'd never met her before but it turned out she only lived five minutes away and we spent three hours at my house wrapping dozens of gifts together and becoming friends. 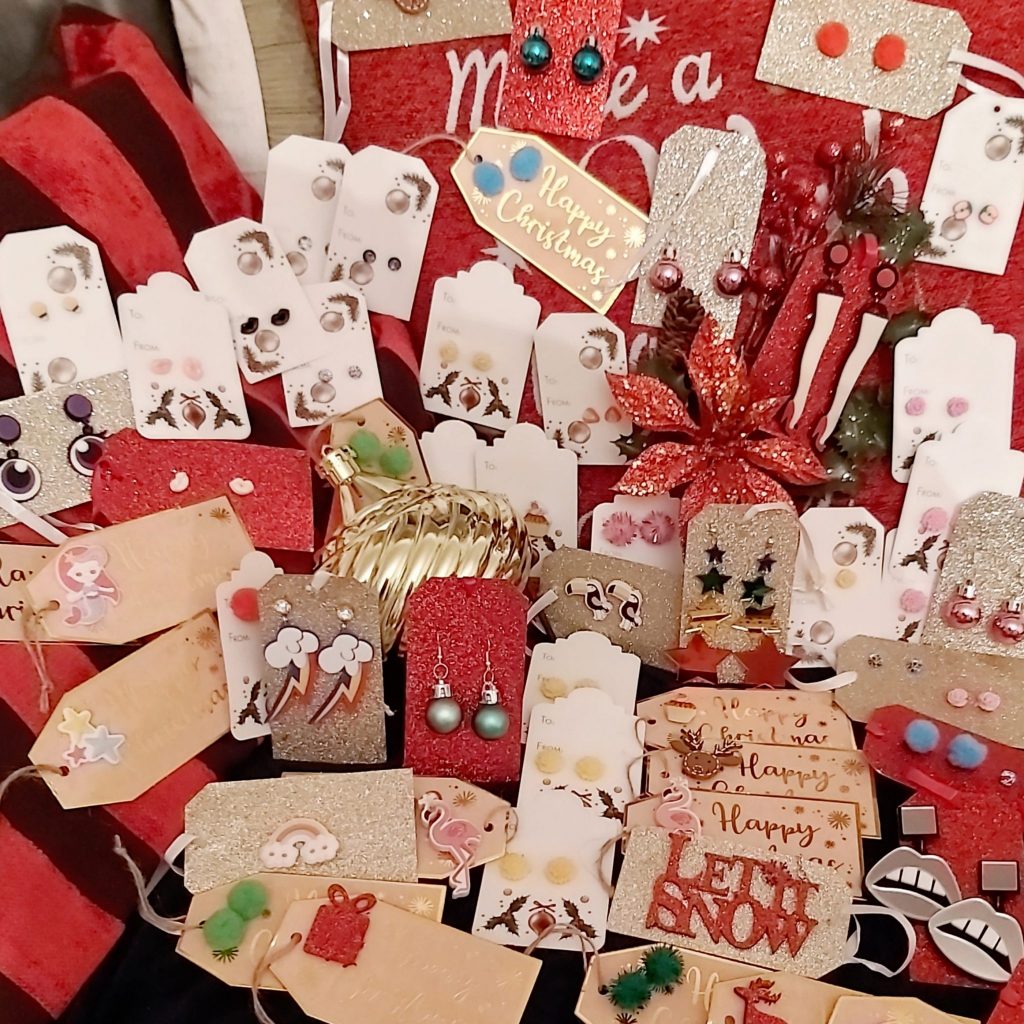 None of the items I sent were branded in any way that could link them to me or my tweets, because I wanted the recipients to get a surprise. A gift from Santa. But, really, the whole process has been a beautiful gift to me.

Reflecting on Ireland's ugly history of treating lone mothers appallingly I wondered if this public outpouring of support was perhaps a reflection of a new and kinder Ireland. One where the daily sacrifices lone mothers make can be acknowledged and appreciated, and maybe, one day, rewarded.

So thank you Irish people, for demonstrating to me the power of community and the spirit of Christmas.

popular
Vogue Williams slams man who refused to swap seats with her on plane
This is why the world is obsessing over Adidas Gazelles
Are we getting a mini heatwave in September?
Phoebe Bridgers and Paul Mescal go sale agreed on West Cork home
Ryanair, easyJet and BA issue warning to anyone boarding with smart bag
Scarlett Moffatt slams 'disgusting' pap for sneaking into hotel to take photos of her
Green Party representative calls for a temporary ban of stag and hen parties in Ireland
You may also like
3 months ago
The Late Late Toy Show is being made into a musical
7 months ago
According to tradition, your Christmas tree should stay put for a while longer
7 months ago
Childline received over 1,000 calls from "anxious" children over Christmas
7 months ago
3 scnted candle hacks to make your home smell even more gorgeous this Christmas
7 months ago
Cheers! 3 delicious ways to pimp your Prosecco for New Year's Eve
7 months ago
Christmas Day rain warning issued for 5 counties
Next Page