A new study says that men who eat garlic are more attractive to the opposite sex.

Scientists discovered that women found that the sweat (grim, we know) from men who had eaten garlic smelt better than those who hadn't.

To conduct the research, scientists from the University of Stirling in Scotland and Charles University in the Czech Republic asked 42 men to participate in the study.

END_OF_DOCUMENT_TOKEN_TO_BE_REPLACED 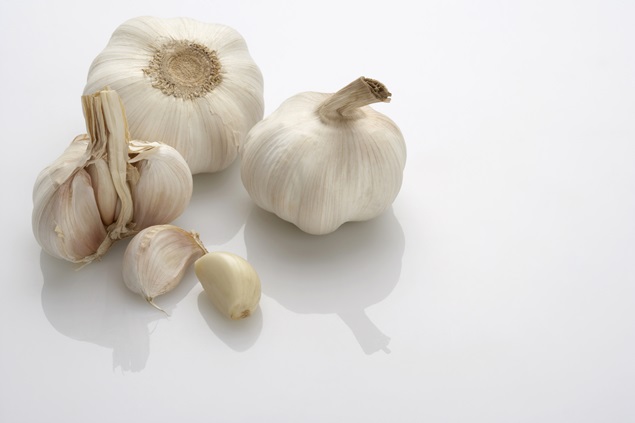 Not only is garlic good for you, it seems to have another hidden power

They were then divided into three groups: the first group consumed raw garlic, the second took garlic capsules while the third abstained from garlic completely.

The next step was that the men were instructed to wear sweat bands in their armpits for 12 hours so that the odour could be collected.

82 women were then asked to smell the sweat samples and rate each one in order of pleasantness, attractiveness, masculinity and intensity.

The results showed that women found the men who had eaten garlic more attractive and the researchers have come up with a couple for reasons for the findings.

We're not quite sure it would have this effect but it's worth a shot...

One is that the 'healthy' sweat produced by men eating garlic smells better because garlic is a nutritious food and the other possibility is that garlic's antibacterial properties make armpits smell somewhat sweeter.

The method might have been a bit mad but the results are interesting nonetheless.

popular
Vicky Phelan says she wants to pass away in holiday home "for the kids' sake"
Scotland international rugby star Siobhan Cattigan tragically dies, aged 26
Why Are Men so Obsessed With Boobs? The Answer is Pretty Surprising...
How to INSTANTLY unblock your stuffy nose (we swear this works)
Stacey Solomon mortified after walking around shop in see through leggings
Someone has ranked the penis size of men from all over the world
Jeffrey Epstein's private jet made multiple stopovers in Ireland
You may also like
1 month ago
Vast majority of Irish people think there is a problem with understanding sexual consent
3 months ago
Middle children are more reliable and better friends, says research
5 months ago
Weight loss device that clamps jaw shut criticised as "torture"
7 months ago
Study reveals women are more likely to suffer from chronic pain than men
8 months ago
According to a 75-year-long Harvard study, the key to happiness is rather simple
10 months ago
Red flag: Study shows men on dating apps focus more on women younger than them
Next Page