Scientologists are looking for Irish speakers, and we're not sure why

The Church of Scientology is attempting to recruit Gaelgoirs in Canada.

Oddly enough this isn't the first time the controversial church has looked to recruit heavily amongst the Irish.

In August emails were sent to Irish staff working in universities across New York, Copenhagen and Denmark, the email was from the translations unit of the Church.

It indicated that they were in the midst of a huge translation project consisting of 5.5million words.

They now seem to be expanding their attempts and they're reaching out to Irish teachers in Nova Scotia.

John Prendergast is currently working in Nova Scotia as part of the ICUF Irish Language program, he got the call to help out with translations and after doing a bit of research decided to go ahead. 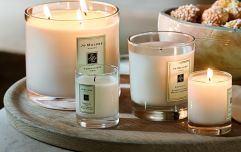 END_OF_DOCUMENT_TOKEN_TO_BE_REPLACED

Speaking to Irish Central John said that he didn’t believe the translation project was a bad thing and that we should have respect for as many beliefs and spiritualities as possible.

The Church of Scientology has one location in Ireland but it's not officially recognised as a religion here.


popular
Dancing With the Stars judge Julian Benson will miss tomorrow night's show
The €35 New Look dress that would be the perfect wedding guest outfit (and it comes in three colours)
The €30 New Look skirt that will go with everything in your wardrobe
We are absolutely loving this gorgeous €10 khaki mini dress from Penneys
'Maybe see you again one day': Jacqueline Jossa sends fans wild as she hints at possible EastEnders return
Better bundle up, Met Éireann are forecasting snow in parts of the country over the weekend
Met Éireann issue fresh weather warning for 15 counties
You may also like
1 month ago
Ones to watch: Eight rising Irish music stars to fangirl this year
1 month ago
8 things that happen in EVERY Irish household on Christmas Day
2 months ago
Waterford singer Moncrieff is making waves in London and even Elton John is listening
3 months ago
"Pinch me!" Irish songwriter Ruthanne Cunningham is floored by Grammy nomination
4 months ago
'First time in 7 years' - Una Healy reveals her plans for Christmas in Ireland
4 months ago
Finné returns tonight with Sophia Murphy's story of the sexual abuse she endured by her father
Next Page