Do you see a beach or a car door in this image? It could reveal something about your personality

This is Laurel and Yanny all over again...

If there's anything the internet loves it's disagreeing about things.

This week's bone of contention? This image.

What do you see when you look at it? 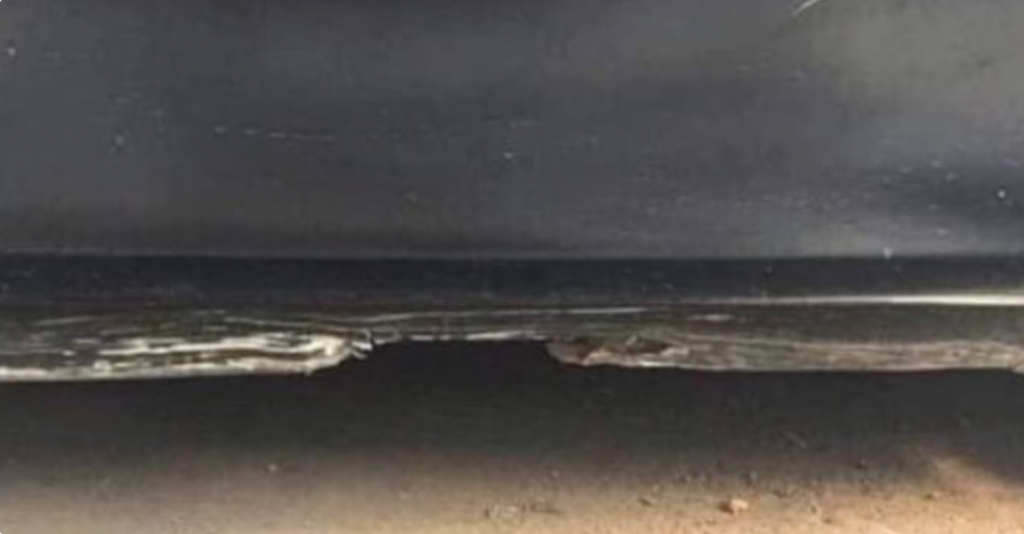 END_OF_DOCUMENT_TOKEN_TO_BE_REPLACED

Some online are convinced that it looks like a beach at night - the bottom third of the picture is sand with waves rushing in. Above that, a murky sea and a dark sky.

Mind-blowingly, it's just an optical illusion. The image is really of a battered car door in need of repair.

The 'sand' is actually the ground under the car, the 'waves' are the edge of the door that's been damaged and the sea and sky are just the body of the car.

It was shared by a Twitter user named Nayem, who reckons that anyone who sees a beach in the image is an artist.

if you can see a beach, ocean sky, rocks and stars then you are an artist, But its not a painting its lower part of the car gate which needs to be repaired. pic.twitter.com/dCMC49PBQS

Lots of folks have been reacting to the picture online, with some finding it pretty trippy.

I now see both its mind boggling pic.twitter.com/6g2hlqQw6V

As it turns out, what you see here may just be down to whether the right or the left side of your brain is more dominant, according to Metro.

The left side of your brain is the logical side that focuses on carrying out tasks while the right side is your creative side - so Nayem wasn't lying when he said that if you see the beach, you're an artist.

popular
Tributes pour in for designer Virgil Abloh following death at 41
8 of the hottest make-up trends to try this festive season
The internet can't deal with Ryan Tubridy's Toy Show opening
Japan to close its borders to tourists to prevent Omicron spread
The best memes from this year's Late Late Toy Show
Why we should all be doing a reverse advent calendar this Christmas
Strictly's Giovanni Pernice responds to dating rumours following split from Maura Higgins
You may also like
2 weeks ago
Woman 'rolls down mountain', leaves hilarious review about her 5-star leggings
2 weeks ago
Who started the 'plant one tree for every pet picture' trend on Instagram?
3 weeks ago
Outrage after man criticises wife for bleeding after birth
1 month ago
Cinnamon rolls baked in a waffle maker might just be our favourite new food trend
1 month ago
WATCH: Parents see person walk past daughter's crib in creepy baby monitor footage
1 month ago
TikTokers are using lube as primer in the latest viral beauty hack
Next Page