They say getting over that someone (feel free to use expletives here if he really broke your heart), takes approximately half of the duration of the time you spent together.

Don’t panic ladies; it’s only a theory.  No one really knows how long it takes to get over an ex, but your Mother was right, time is a great healer (even though hearing that really doesn’t help at the time).

Here are the 18 signs that you are most definitely over your Ex.

END_OF_DOCUMENT_TOKEN_TO_BE_REPLACED

1. You’ve finally deleted that one last remaining photograph of him on your phone.

3. The threesomes between yourself, Ben & Jerry have finally come to an end. And instead you’re checking out Gym... he has you feeling great. 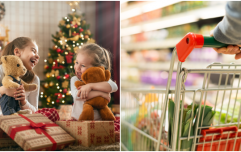 Here's your chance to WIN a €500 toy voucher just in time for Christmas, with Petits Filous

END_OF_DOCUMENT_TOKEN_TO_BE_REPLACED

4. You have stopped reading his horoscope. What sign is he again?

5. You stop referring to items in your wardrobe as “his favourite” or “the last time I wore this.”

6. You’ve heard through the grapevine that he is seeing that girl you always knew he fancied, and you couldn’t care any less.

7. You don’t want to text him on his birthday, in fact you forget what day his birthday even is. 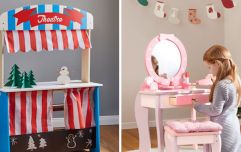 Here are our top picks from this week's Lidl Toy Event

END_OF_DOCUMENT_TOKEN_TO_BE_REPLACED

8. You’ve stopped the ritual of reading through his text messages in bed at night, and instead you’re reading Jane Austen's classic, Pride and Prejudice.

10. You stop feeling the need to post pictures of yourself online where you're “loving life,” you actually are loving life which is why you’re not on the internet 24/7.

11. It has been a while since you “definitely seen him on the street.” There was a stage where no street was safe to walk down he was everywhere.

13. You decide his surname really doesn’t suit you.

14. You’ve taken the compilation of break up songs that you burnt on to a CD out of your car.

15. Finally you reveal your relationship status on Facebook. SINGLE.

16. You stop feeling the need to tell EVERY new potential suitor that you’re only newly single and when asked if you have a fella simply reply, “no” and not “I did but I finished it because...”

17. “Your song” is just the name of Elton John track that Ellie Goulding once covered, and nothing else... nothing else.

18. You forget he even existed... We’re kidding unfortunately Eternal Sunshine of the Spotlight Mind is just a film, anyway that Kelly Clarkson song goes, What doesn’t kill you makes you stronger...”

Please note: For those of you who still do one (or a few more) of the above from time-to-time, it is no harm, but just know you definitely won’t be doing it when you find your own Noah from the Notebook.

popular
Fans are feeling seriously sorry for Molly Mae Hague after resurfaced interview
The release date of the Glee documentary is here
Here are our top picks from this week's Lidl Toy Event
Sam Asghari opens up about Britney Spears amid concerns for her well being
Celine Dion, 54, diagnosed with incurable neurological disease
Tom Parker's wife suffers more heartbreak just nine months after husband's death
He may be a politician, but Leo Varadkar's personal life is none of our business
You may also like
3 weeks ago
The Galway Christmas Markets are officially back
4 weeks ago
Buying or building your first home? This FREE online event will kickstart your mortgage journey
4 weeks ago
Got a budding writer at home? This short story competition is perfect for them
1 month ago
Deck the halls for less with these brilliant Christmas decoration deals at Lidl
1 month ago
Female pilot mistaken for flight attendant by airport employee
1 month ago
Woman who turned 101 says tequila is the secret to long life
Next Page