Dutch student Zilla van den Born used Photoshop to pretend she was on a five-week holiday to South East Asia.

25-year-old Zilla was actually at home in Amsterdam but posted the mocked up images to her Facebook account which led people to believe that she was on the trip of a lifetime.

Zilla said, "I did this to show people that we filter and manipulate what we show on social media - we create an ideal world online which reality can no longer meet.

END_OF_DOCUMENT_TOKEN_TO_BE_REPLACED

"My goal was to prove how common and easy it is for people to distort reality. Everyone knows that pictures of models are manipulated, but we often overlook the fact that we manipulate reality also in our own lives".

"A picture is perhaps one of the most layered and contradictory objects that we can see around us. It represents the reality, but also falsehood. It is a fact, but also an opinion. It is technology, but also an art form". 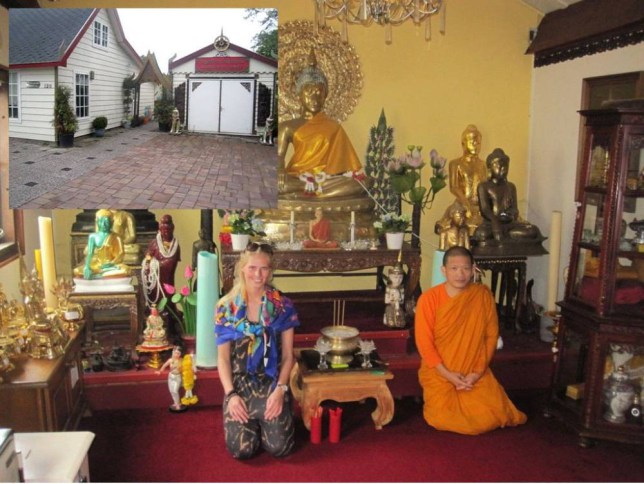 Zilla looked like she was having the trip of a lifetime

Graphics student Zilla was even waved off from the airport by her family before she took a train back to Amsterdam. She also sent messages in the middle of the night to reflect the time difference in Asia and posted Asian souvenirs to her family.

The photos, including the one of the Buddhist temple above,were actually taken in Amsterdam. Check out the video below to see how Zila went about this experiment which was part of her university graduation project.

popular
Late Late Show viewers are not happy with Ryan's questions for Billy Connolly
10 items from Zara for the perfect autumn capsule wardrobe
Friends actor James Michael Tyler has died, aged 59
Apparantly, there is one colour you should never wear at a job interview
Former detective chief says Brian Laundrie discovery is "strange"
9 of the best horror movies on Netflix this Halloween
15 brilliant stocking fillers we are picking up from Penneys before they sell out
You may also like
4 days ago
Facebook looks set to change its name as part of rebrand
2 weeks ago
9 of the best memes from when Instagram and WhatsApp were down
2 weeks ago
Facebook, Instagram and WhatsApp down as outage hits for hours
4 months ago
Andrew McGinley shuts down Conor's Clips Facebook page due to "trolls"
6 months ago
How to check if your phone number was leaked in the Facebook breach
10 months ago
Facebook to remove false claims about Covid-19 vaccine
Next Page