A new study has discovered that exchanging a few flirtatious words with a co-worker or someone online can be more damaging to a relationship than physically cheating. 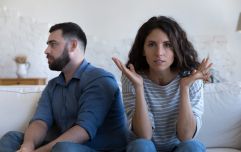 END_OF_DOCUMENT_TOKEN_TO_BE_REPLACED

This was consistent across all age groups, incomes, relationships types, and relationship lengths.

When gay and bisexual participants were surveyed, they agreed that emotional infidelity was more damaging.