Living with synesthesia: The Irish artist who experiences colour in an entirely different way

Rebecca Fahey doesn't experience colours the way most people do.

Rather, she sees them in letters, in numbers, and in people. When she first meets you, she'll be able to figure out if you're going to get along purely based on the colour she perceives you to be.

Dark blues and greys she probably won't gel with. Brighter shades, however, she's all about.

END_OF_DOCUMENT_TOKEN_TO_BE_REPLACED

"If someone is navy I know I probably won’t get along with them," she tells Her. "But if they’re something like yellow or orange, I know I will.

"It’s kind of like how I sense them to be. How I feel about them, but through colour.”

Rebecca has got synesthesia - a perceptual condition that causes certain senses to be experienced as one, coupled together to give a personality a colour, an object a trait, or a feeling a smell.

She has been living with the condition for as long as she can remember. From the age of four or five, she was experiencing numbers and letters as colours, perceiving people and their personalities in different palettes.

Rebecca says that she never knew she was different. To her, synesthesia is normal. But for her work as a photographer, it's invaluable.

"I just thought that was how all artists perceived things, I never knew I was different," she says.

“After my college tutor explained to me that that’s what it was, and that I visually take in things differently, it made so much more sense.

END_OF_DOCUMENT_TOKEN_TO_BE_REPLACED

"It connected me a lot more with my work because it’s how I specifically see things. It’s very common in artists too. Some get weird tastes in their mouths or they smell certain things. It's amazing, really."

The first known case of synesthesia was recorded as far back as the seventeenth century, in an academic report about a blind man who said that he experienced the colour scarlet when he heard the sound of a trumpet.

There has always been a fascination around the condition, particularly among those who don't have it.

They could never imagine perceiving days of the week through a colour palette, or knowing that they're not going to get along with someone because they're a deeper shade of blue.

But despite the almost universal curiosity about the largely unexplained phenomenon, synesthesia isn't actually that uncommon. 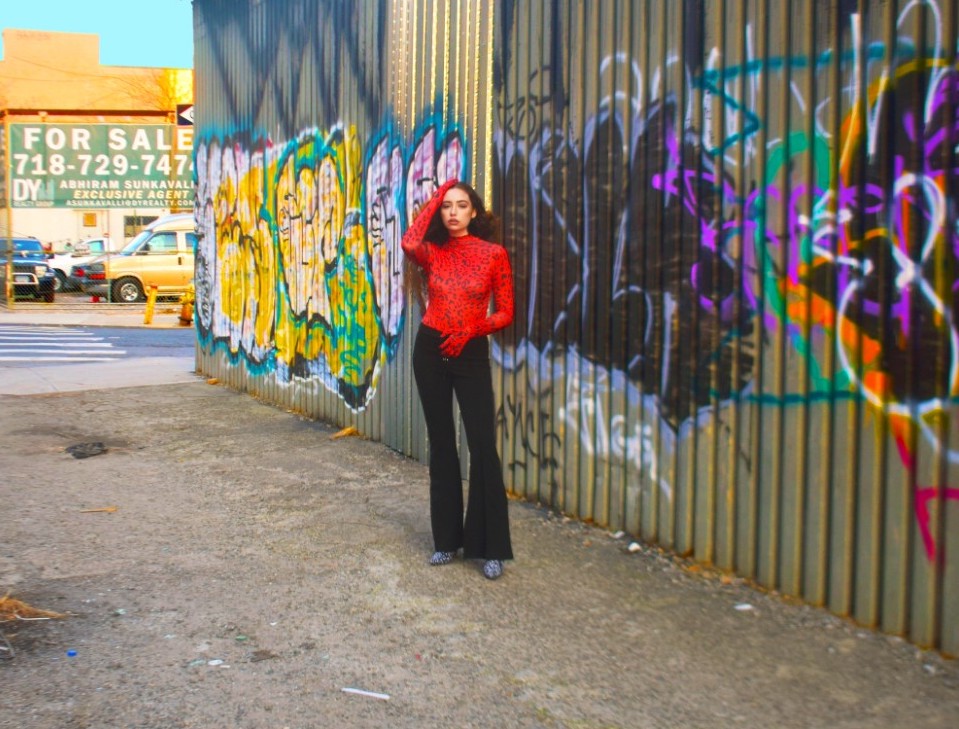 END_OF_DOCUMENT_TOKEN_TO_BE_REPLACED

It's estimated that approximately one percent of the population is born with synesthesia, the vast majority of them unaware that they're experiencing it all.

Unsurprisingly, it also seems to manifest itself more in the creatives types. Designers, painters, and musicians are among those most likely to live life with their senses hooked together, allowing them to create art that the regular person would not.

In Rebecca's case, it has given her a unique way of using colour - one that to her seems normal, but to others is totally vibrant and entirely distinctive.

“When I’m working on something, a piece that I’ve done, if it doesn’t look bright enough I always want to add more colour," she says.

"Anyone else who looks at my photography always says that it’s so bright, it’s so vibrant - but it just looks normal to me.

“Art is such a subjective thing, so I’d look at something and be like: that definitely needs some more colour in it - when really, it probably wouldn’t look good to somebody else if it did."

Much of Rebecca's photography has people at its centre, characters that she met while she was working as a graphic designer in New York City or through friends at parties.

Drawn to them thanks to her unique experience of colour, Rebecca says that synesthesia has allowed her to get a sense of her subjects' personalities in a completely different way.

"So many of them are mad characters with these crazy stories," she says.

"I was following the queer scene while I was [in New York] and I had thought that I dressed weird and quirky, but when you go to these parties and you see these creatives, it’s just another level.

"I love taking photos of those people. They work really well in my art.”

popular
A celebrity hairstylist just shared a genius hack for the perfect messy bun
Penneys has a new homeware collection – and it looks so high-end
5k walk in aid of Women's Aid to take place in honour of Ashling Murphy
Here are all the Instagram accounts of the stars of Netflix's Cheer
Zayn Malik has reportedly signed up for a dating app after Gigi Hadid split
Ashling Murphy will be laid to rest in Tullamore on Tuesday
Everyone is talking about slugging – the skincare hack that will fix your dry skin
You may also like
1 week ago
Rejoice - Instagram is bringing back the chronological news feed
1 month ago
Everything you need to know about Instagram's new 'take a break' feature
2 months ago
Who started the 'plant one tree for every pet picture' trend on Instagram?
2 months ago
Strictly microphones pick up gas audio from the contestants
2 months ago
Tilly Ramsay speaks out about body shaming after DJ calls her a "chubby little thing"
3 months ago
Influencer charged with drugs trafficking after trying to board Dubai flight with cocaine
Next Page