Do you live there?

A recent study has highlighted the areas in Ireland which have the slowest and the fastest broadband speeds.

Speed test data collected by Switcher.ie, the independent price comparison website and switching service, shows that broadband speeds vary hugely across the country, with some areas being left with speeds up to 36 times slower than those in the fastest parts of the country.

END_OF_DOCUMENT_TOKEN_TO_BE_REPLACED

The study found that Legan in Longford is the area with the slowest speed, with average broadband speeds of 1.98Mbps, compared to the fastest area, Drimnagh in Dublin 12, which has an average of 72.15Mbps.

In terms of results by county, there's no major shock that Dublin has the highest average speed, followed by Waterford, Kildare, Meath and Westmeath. The county with the slowest average speed is Longford, with Leitrim, Roscommon, Monaghan and Mayo making up the bottom five. 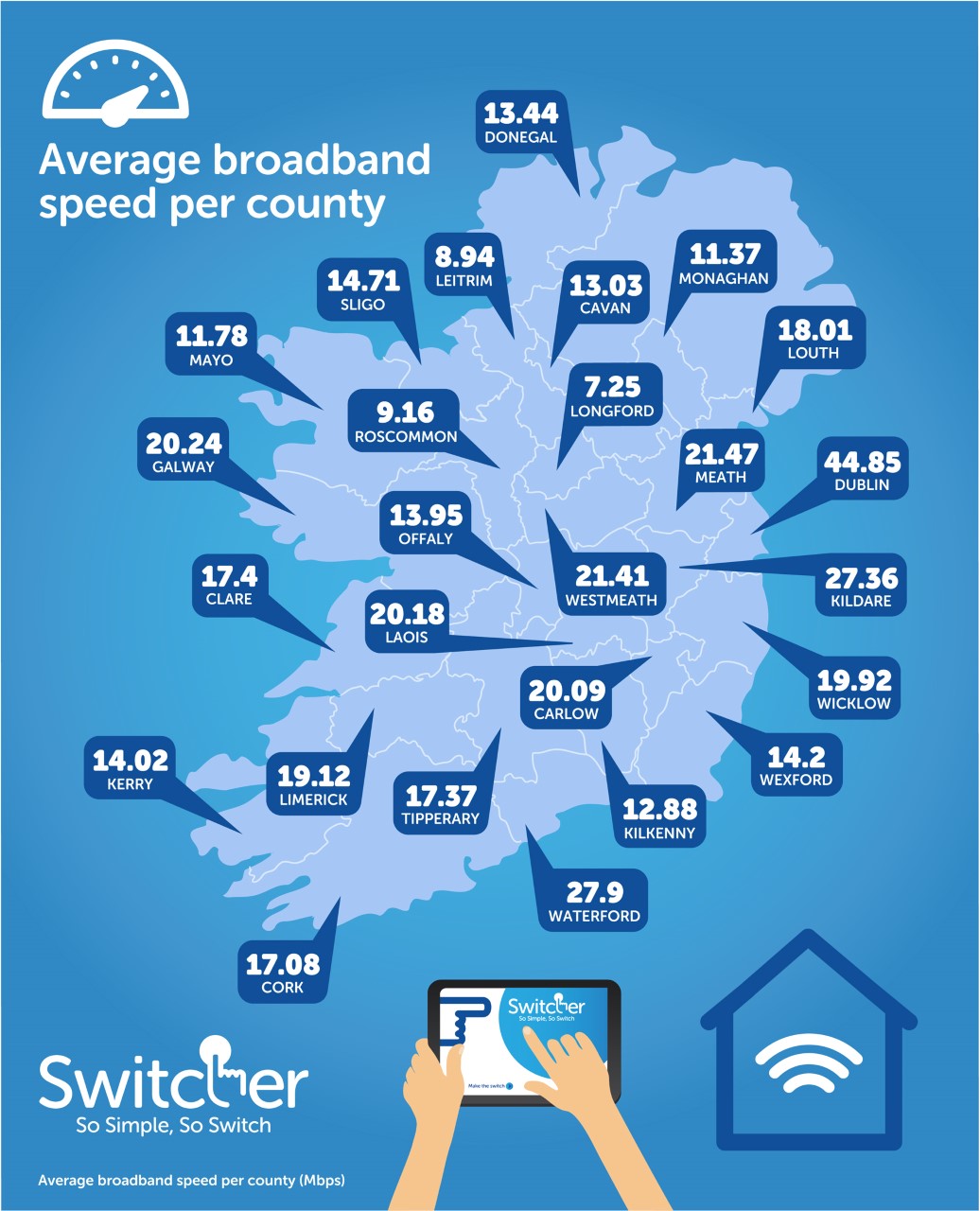 Interestingly, The National Broadband Plan sets out that, at a minimum, broadband with speeds of 30Mbps should be available to all. The data shows that only 25% of tests had speeds of 30Mbps or more.

Aside from the type of connection people have and where they live, there are a number of other factors that can affect the speeds, for example distance from the exchange, where the router is placed within homes and even the time of day the internet is being used. Whether or not you’re connected directly to the router or using WiFi will also have an impact, as will the device being used.

Here are the areas with the fastest speed: 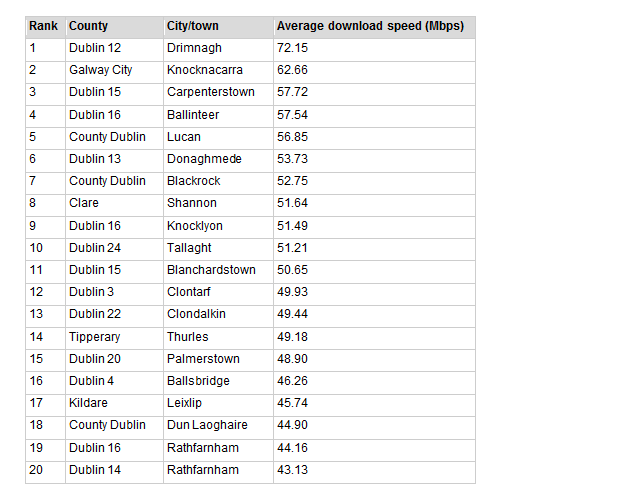 Here are the areas with the slowest speeds: 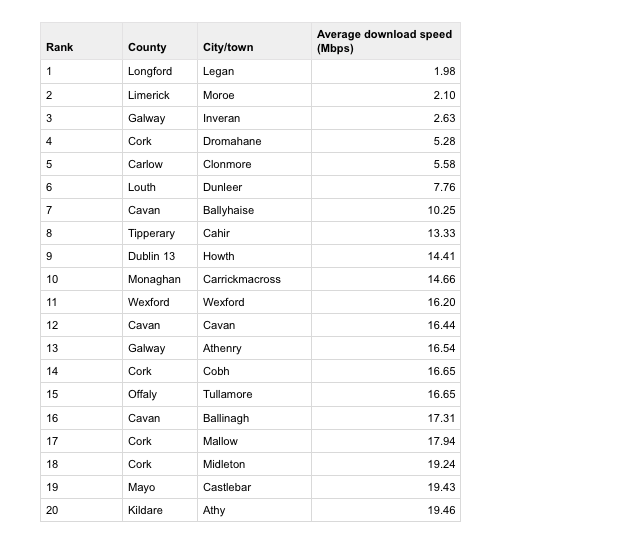 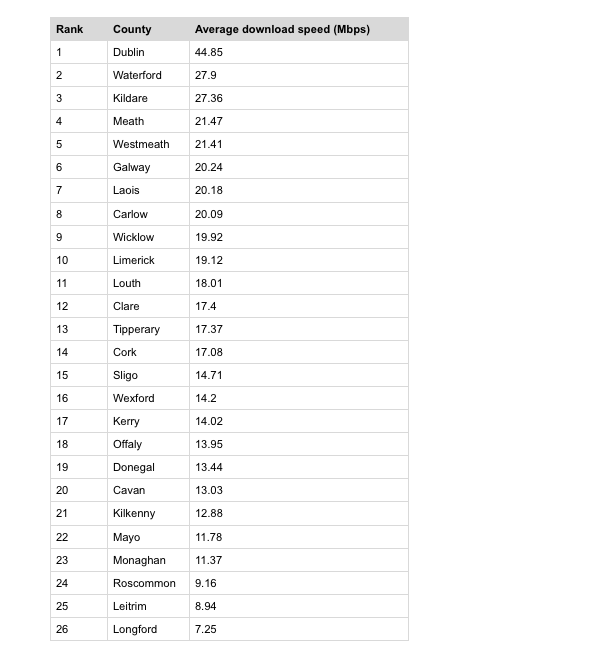 popular
Shirley Ballas books breast exam after Strictly viewers spot lump
Hollywood couple Joe Manganiello and Sofia Vergara seen enjoying a Cork chipper
You can now apply for tickets to the Late, Late Toy Show
QUIZ: How well do you remember the first episode of You?
You can now get paid to eat wine and cheese for Christmas
Tributes paid to Limerick based blogger and model Patrick McLoughney
You can now live in the iconic house from Sabrina The Teenage Witch
You may also like
5 days ago
Dublin bakery introduces 15c paper bag levy to tackle waste
1 month ago
California is set to outlaw nonconsensual condom removal - and rightly so
1 month ago
Terminally ill Mayo woman "disgusted" with Irish healthcare system
1 month ago
NHS guidance suggests pregnant women "make a fuss" of their partners at 22 weeks
1 month ago
Cork's Metropole Hotel is a touch of glamour in the Victorian Quarter
1 month ago
"I don't feel ready for restrictions to end, and I don't know why"
Next Page