And proves that he’s an absolute gentleman.

Humans of Dublin has been sharing the stories of some remarkable city residents and visitors.

END_OF_DOCUMENT_TOKEN_TO_BE_REPLACED

The Brown Thomas doorman is a staple of Grafton Street, but nobody expected he would have such a fascinating history.

"I was sent out to Aden, which is now Yemen, with the British Army in 1967. They were getting independence, but the terrorists were still very active so we were there to fight them and help protect the city. There were 10,000 British troops there, in this small city, including the Royal Navy and everything. And one day I was on patrol when I came across a British man seriously injured by a grenade. All his back and the side of his face were bleeding” he says.

“He was walking in the city alone so I immediately took the land rover, picked him up and drove him to the closest army hospital. I left him, and even though I got back very quickly, I was in a big trouble because I left my patrol. I was supposed to call an ambulance, but this guy was bleeding so much there was no time to waste. I often wonder if he made it. There was so much going on there at that time I could never find it out." 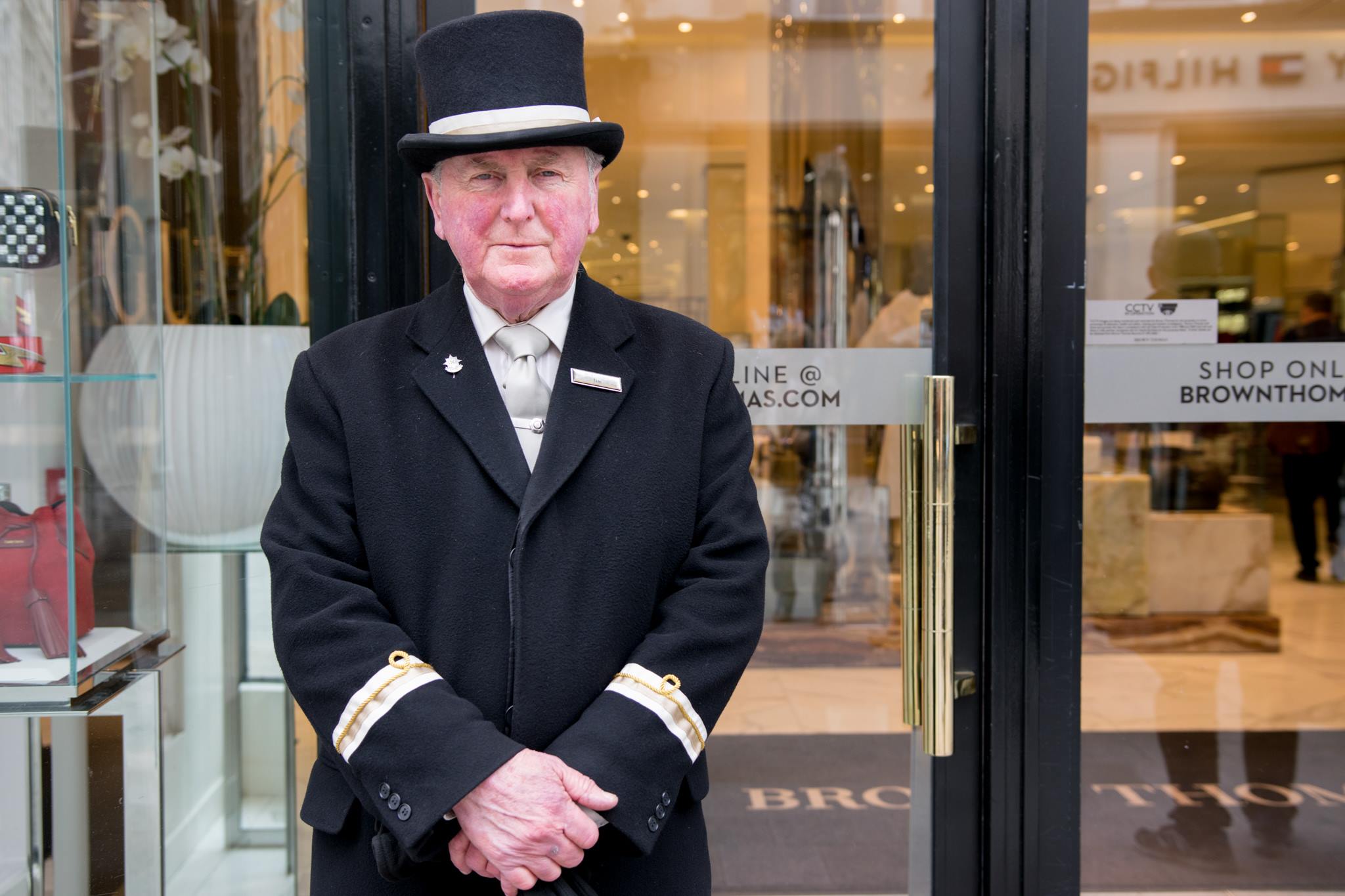 END_OF_DOCUMENT_TOKEN_TO_BE_REPLACED

The quote was accompanied by a portrait. Under the image, another quote demonstrates the doorman’s approach to life:

"There are four of us doing this job. One of them is a friend, so he asked me if I wanted to work here. I only do two days a week, and it’s enough to keep me afloat so I can save my army pension for my kids and grandchildren. I do some charity work part time as well. I wasn't made to be sitting around at home, you know?"

"I was sent out to Aden, which is now Yemen, with the British Army in 1967. They were getting independence, but the...

popular
He may be a politician, but Leo Varadkar's personal life is none of our business
EastEnders' Samantha Womack "thankful" as she is now cancer-free
Parents told to stop buying selection boxes for kids- here's why
Amber Heard appeals 'chilling' $10.3 million Johnny Depp verdict
This Netflix Christmas film is being dubbed the perfect rom-com
Mollie King shares how her daughter's middle name honours her late father
Why Are Men so Obsessed With Boobs? The Answer is Pretty Surprising...
You may also like
2 months ago
"Home alone" – Prince Louis memes are taking over the internet
3 months ago
Andrew Tate has – finally – been banned from Facebook and Instagram
4 months ago
Sonya Lennon reveals ‘judgement’ her daughter, 17, experienced when buying pregnancy test
5 months ago
Here's how to make Hailey Bieber's TikTok famous Strawberry Glaze Skin Smoothie
5 months ago
Mass in Mayo church goes viral after spooky incident happens over livestream
5 months ago
People on TikTok are making 'healthy Coke' with just two ingredients
Next Page