This is the Real Cost of Attending a Wedding in Ireland

For richer or poorer!

The cost of attending a wedding in Ireland has soared in 2015, according to new research carried out by Bank of Ireland and weddingsonline.

Seeing a friend or family member say "I do" now sets a guest back over €800 when all related costs are taken into account. With most of us attending two weddings a year (and 20 per cent attending four or more), that's a high price to put on bearing witness to a declaration of love. 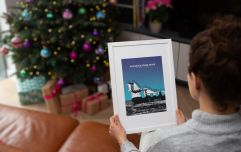 END_OF_DOCUMENT_TOKEN_TO_BE_REPLACED

The biggest expense associated with a wedding is the amount of money spent on a gift, followed by the accommodation and the cost of taking part in the hen or stag.

Whilst most of those polled claimed they would spend less on a gift for ‘just a friend’ (between €100 and €150), 40 per cent admitted to spending more than €200 on a gift for a family member and up to €200 for a very close friend. Wedding guests give what they would like to receive also, with 87 per cent claiming they will give cash as a wedding present and 94 per cent saying they would prefer to receive cash rather than a gift on their own special day.

Girls With Goals || Her · Ep.160: The Beauty Of Coaching - Hayley Harrison joins us from Sport Ireland
popular
Lidl to offer free period products to combat period poverty in Ireland
Man charged with murder of 24-year-old mother Jennifer Poole
TikTok Trend: What is laundry stripping and does it work?
Rosacea awareness month: 3 skincare products many rosacea sufferers swear by
M&S just launched the designer collaboration of dreams – with the ONE dress everyone needs
Starbucks has a bubblegum-flavoured frappuccino on their menu – but you need to hurry
Zoos, heritage parks, & nature walks: Here's what's opening on April 26
You may also like
5 days ago
Almost 40% of Leaving Cert students have chosen not to sit the Irish exam this year
1 month ago
Neon knit of dreams: These Irish handmade pieces offer an alternative to fast fashion
8 months ago
Georgie Crawford launches spin-off podcast focusing on all things health
8 months ago
Love that natural energy: The Naked Collective is the type of clean, healthy, and vegan company that we need right now
10 months ago
We are obsessed with these stunning local handmade soap bars by Little Village Soaps
1 year ago
Ones to watch: Eight rising Irish music stars to fangirl this year
Next Page