A single mum was dropping her son off to school when she realised it was 'Donuts with Dads' day at the school. She quickly decided to rush back home, change into men's clothing, put on a fake moustache and return to school to accompany her son.

Yevette Vasquez was explaining on Facebook what had happened and because of her amazing gesture her post has gone viral.

END_OF_DOCUMENT_TOKEN_TO_BE_REPLACED

"Good morning, today at my son Elijah's school (sic) as I was dropping him off I ask him why there was so many cars... He said Donuts ? with Dad, so we quickly went back home cause I wasn't about to let him miss out...

"I know seeing other dads with their (sic) kids isn't easy for mine but its life, at least I can do whatever it takes to put a smile on that face, so here it goes..... and please don't hate I know I'm a woman so do my sons."

She also shared photos of the two of them together. 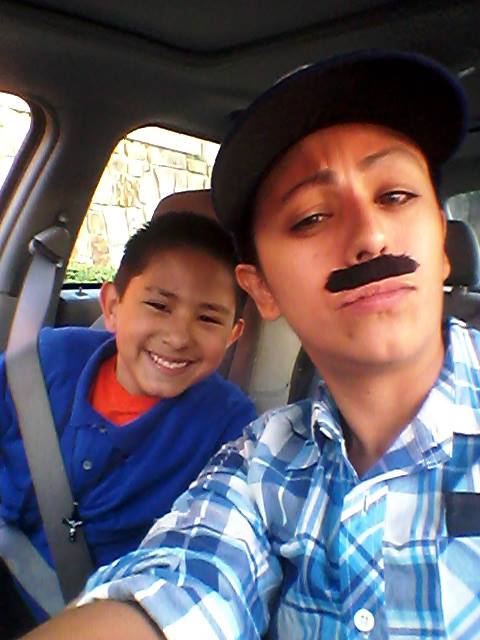 popular
Irish mams are falling for the "nosey challenge" on TikTok and it's gas
The reason why Strictly Come Dancing's Pasha Kovalev left the show is actually really sad
This simple messy ponytail is everywhere and its effortlessly glam
Someone has ranked the penis size of men from all over the world
Why Are Men so Obsessed With Boobs? The Answer is Pretty Surprising...
This sauce sachet hack is a game changer for eating chips
Penneys has just announced they are bringing out a furniture collection
You may also like
2 weeks ago
The 'secret' Zara label signs that'll apparently help you get the right size every time
3 weeks ago
TikTok shows just how extreme Irish dads can be
4 weeks ago
Meet cloud bread – the three-ingredient baking trend going viral right now
1 month ago
Cereal milk lattes are trending – and it might change your breakfasts forever
1 month ago
This TikTok video finally showed me how to get the perfect messy top knot every time
2 months ago
Rainbow tips are the cutest nail trend this summer – so bookmark these ideas for your next mani
Next Page