#EqualPayDay is trending on Twitter this morning but it’s not a positive thing. Equality campaigners in the UK have calculated that today marks the point in the year where women effectively stop earning compared to their male counterparts

Official figures put the hourly pay gap between men and women in the UK at women earning 14.2% less than men. In Ireland, according to the National Women’s Council, women currently earn 13.9% less. That put women effectively at earning 86c for every euro pocketed by males or, basically the equivalent of women not earning anything for the remaining 51 days of this year. 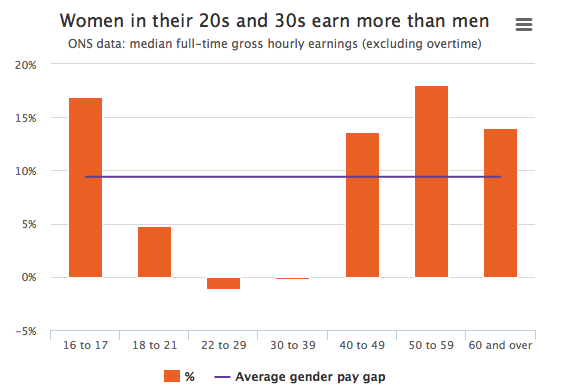 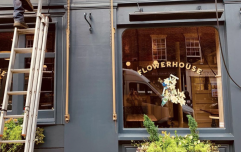 The first ever female led pub has opened in the UK

END_OF_DOCUMENT_TOKEN_TO_BE_REPLACED

She isn't exaggerating. As it stands, if nothing changes, it will take over 50 years to close the gap. Meaning that if you're in your 20s or 30s right now, you're likely to lead your entire adult life with the risk of earning less than your male friends, relatives and colleagues.

If you're a woman, you're effectively working for free for the rest of the year from today. Happy #EqualPayDay

If the fact we still need #EqualPayDay wasn't bad enough, the attitudes of those saying the pay gap is a myth makes it even worse.

It's important to remember that #EqualPayDay isn't just to do with gender - it includes race, social background, sexuality & religion too. — Sophie (@Filthy_Paws) November 9, 2015

Great news ladies! Due to the gender pay gap, you are essentially working for free until 2016! #EqualPayDay #WomenAgainstFeminism

If I had a euro for every time someone said we don't need #feminism, it would actually only be worth 86c #EqualPayDay

popular
Gwen Stefani reportedly pregnant with baby number four
"You can’t imagine what it feels to have had a baby and yet feel like you didn’t"
The Lion King is returning to Dublin next year
Kate Garraway gives heartbreaking update about Derek's health
Oscar winning Green Book actor found dead on New York street
Why Are Men so Obsessed With Boobs? The Answer is Pretty Surprising...
Nicola Coughlan lands "lifelong dream" role as she gets cast in Oliver Twist
You may also like
1 year ago
Missing 16-year-old rescued after using TikTok hand signals
1 year ago
Afghan women hide at home as Taliban-occupied Kabul goes quiet
1 year ago
Aunties might be as important as mothers when it comes to raising women
2 years ago
"That's when the fear sets in:" Stylist Justine King on PCOS and pregnancy
2 years ago
20x20 has just launched the fourth chapter of their award-winning campaign so come on and get up, ladies
3 years ago
WATCH: 'It's the last taboo, women are calling in sick after suffering miscarriages'
Next Page