Totally Clueless - Her.ie Goes Back to College: And So It Continues…

In a new weekly feature, recent Her.ie recruit Mary is sharing her journey through the very grown-up world of juggling a career with further education.

Looking back over her first semester and forward to a thesis, Mary is learning some lessons along the way about time management, the trials of being a born crammer, the importance of sharing the stressful moments... and the reason why "mature student" is probably an oxymoron.

And So It Continues…

So the essay due for Tuesday got done, but the thesis proposal?

Nah, not so much.

As I said last week, I don’t really know where to begin with it. To be honest, I don’t even really know what it’s meant to be about, so I’m planning on just trying to wing it, as usual.

I kind of feel a bit guilty to be honest. And no, not just because of the enormous workload of assignments and readings that I haven’t got around to yet – indeed, I probably won’t ever get around to the latter if we’re honest.

No, instead I feel a bit guilty that somehow I’ve ended up almost two thirds of my way through my course and have not managed to figure out what this enormous thesis thing is about. 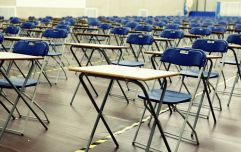 Stop telling students their exams 'don't matter' - they do to them

END_OF_DOCUMENT_TOKEN_TO_BE_REPLACED

In fact, I’ve stopped calling it a thesis out loud as the word absolutely terrifies me. It’s now loosely referred to as “it” or “the summer” with a big grimace on my face.

Nobody dares ask me how it’s going. I’m pretty sure my housemate has to sweep up the eggshells she’s walking on every morning, but I haven’t gone crazy just yet – there’s too much other stuff to deal with.

And when I do get stressed, you can be sure that everyone will know about it!

Instead, I’m gone back to my baby steps process that got me through the first month or two.

Each day as it comes, each week as it comes and ignore the whole thing until it rises up and kicks me in the face at the end of May.

I know, I know, I can hear you say ‘But what about your proposal?’

The only proposal I have right now is to start the countdown to five o’clock tomorrow evening.

It’s nearly the weekend after all.

popular
Paul Mescal wore O'Neill's shorts while carrying cans of pink gin so I bought O'Neill's shorts and cans of pink gin
Aldi's velvet stools are just €25 and don't call us basic for wanting a pink one
After days of silence, Scott and Sofia finally comment on the break up rumours
This amazing hanging egg chair is coming into Aldi next week and go, go go (but safely)!
"I called my Mum and we both cried" Niamh O'Donoghue on landing the dream job with Vogue
Gwen Stefani reportedly pregnant with baby number four
Lidl launches new pre-mixed gin cocktails, right in time for the weekend
You may also like
3 months ago
History to be required Junior Cycle subject from September
9 months ago
Department of Education orders six Dublin schools to offer more places for special needs students
9 months ago
New rules on Irish language to be introduced in schools in September
1 year ago
All primary schools invited to apply for Hot School Meals pilot scheme
1 year ago
This is the eye-watering cost of a year in college in Ireland
1 year ago
The one college with exceptional courses and the most AMAZING location
Next Page