WATCH: One Dublin Mother Explains Why She Wants The Right To Marry Her Partner

Sinead McCrone had her first commitment ceremony to her partner Sophie six years ago, became civil partners four years ago and is waiting to see the fate of the upcoming referendum to see if she can be officially married to the woman she loves.

The pair, who this week featured in an awareness campaign to support the Yes Equality side ahead of Friday’s vote, told Mashable:

“We both know how lucky we are to want to marry the same person three times - and still be so in love.” 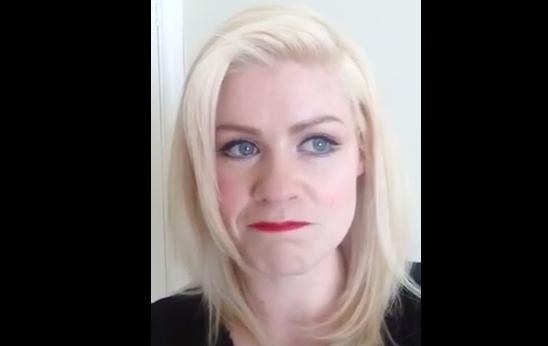 END_OF_DOCUMENT_TOKEN_TO_BE_REPLACED

Now Sinéad has released a video urging people to reconsider voting No if they are planning to make their choices based on same-sex couples raising children.

The couple, who are proud parents to a baby girl, want people to make informed decisions, realising their vote doesn’t change the adoption process or the ability for same-sex couples to parent children.

It’s simply a chance to give equal rights to everyone in our society, to marry the person they love.

If you’re trying to make some last minute headway with a No voter, this might be worth a share.

Thanks to Grace O’Reilly for sending this our way!

popular
Shirley Ballas books breast exam after Strictly viewers spot lump
You can now apply for tickets to the Late, Late Toy Show
Hollywood couple Joe Manganiello and Sofia Vergara seen enjoying a Cork chipper
You can now get paid to eat wine and cheese for Christmas
Tributes paid to Limerick based blogger and model Patrick McLoughney
You can now live in the iconic house from Sabrina The Teenage Witch
Squid Game fans spot massive clue in Tug of War game
You may also like
1 month ago
Irish woman dies after being found in Berlin club
5 months ago
Irish collective release new female empowerment pop anthem
6 months ago
Almost 40% of Leaving Cert students have chosen not to sit the Irish exam this year
7 months ago
Neon knit of dreams: These Irish handmade pieces offer an alternative to fast fashion
1 year ago
Georgie Crawford launches spin-off podcast focusing on all things health
1 year ago
Love that natural energy: The Naked Collective is the type of clean, healthy, and vegan company that we need right now
Next Page