Is she for real or?

You buy someone something, they buy you something, nobody gets hurt and you generally you gain a new set of pyjamas or a mug or some other innocuous gift that you didn't actually want or need but sure look, it's the thought that counts.

END_OF_DOCUMENT_TOKEN_TO_BE_REPLACED

Except, to some people, it isn't the thought that counts at all - it's how much money you spent and whether or not you spent enough money and if you didn't could you please take your shitty gift and but me a Samsung tablet, please.

That's what one woman decided to go ahead and try to pull anyway. 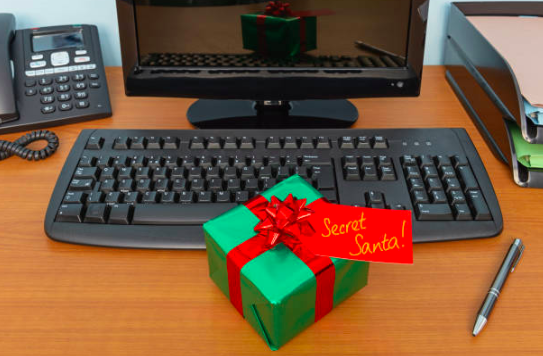 She wasn't too happy with the blanket and chocolates she received because they were about $20 under the $50 spending limit.

And even though 50 quid is an obscene amount of money to be spending on a Secret Santa, it's still not half as obscene as literally asking somebody to take their shitty present back and buy you a tablet instead.

Here's screenshots, courtesy of Reddit, documenting what went down.

Where is your one going?

People on Reddit didn't really seem to know themselves as they were equal parts baffled by the brazen request and the ridiculous Secret Santa limit.

popular
Family of four found dead in hotel sauna
"Real-life consequences": Strictly's Adam Peaty addresses near-kiss rumours
It looks like it's all over between Maura Higgins and Giovanni Pernice
Will the clubs be reopening on October 22? Here's what we know so far
Shirley Ballas books breast exam after Strictly viewers spot lump
Breast cancer survivor Tracy Bennett wants to raise awareness for "sneaky" type of cancer
Police search for missing 4-year-old girl in Australian outback
You may also like
1 month ago
Best man ordered to leave wedding by bride after risky joke backfires
4 months ago
Bride plans to feed wedding guests one chicken goujon each for dinner
1 year ago
Bride bans bridesmaid from getting her hair and make-up done so she doesn't 'outshine' her
1 year ago
Man tells fiancée to remove her twin from the bridal party in case people think she's the bride
1 year ago
Bride demands bridesmaid dye her 'vibrant' hair as it doesn't match her wedding's colour scheme
1 week ago
We asked an expert on how to ensure your cats and dogs aren't spooked this Halloween
Next Page